Plenty of newspapers around the country, including every widelyread publication within Portland, endorse John Kerry for president.In fact, even The Lone Star Iconoclast, the weekly paper ofPresident Bush’s adopted hometown Crawford, Texas, has endorsedSen. John Kerry for the high office.

Yet, in these numerous endorsements throughout the nation it hasbeen made clear that an endorsement of John Kerry is not a blindsighted allegiance to Kerry’s proposed policies and past record inthe U.S. Senate, but a vote against Bush.

Issues surrounding the war in Iraq, the stability of oureconomy, the future of our civil rights, health care and our stanceand position in the world community have divided this country likewe have never seen in our lifetimes. This division in itself is areason to not vote for George W. Bush.

But we digress. Pick up almost any newspaper in Portland andthey will tell you why you should not vote for George W. Bush. Wewould like to tell you why as Portland State students you shouldvote for John Kerry.

As young voters, there are plenty of issues that should attractyour attention: a possible draft, the dwindling job market,religion in politics, and the disintegration of our civil rights,just to name a few. But as students, there is only one issue thatshould concern us as we check our ballots: the rising cost ofcollege tuition, which increases student debt and limits access tothis country’s universities.

Over the last three years, Oregon Universities have seen anapproximate 10-15 percent increase in state tuition due tostatewide budget cuts and Oregon voters’ unwillingness to raise theincome tax to compensate for this loss.

Bush has proposed no plan to deal with the rising cost of highereducation (the nationwide average of tuition increase over the lastthree years is 35 percent), but instead proposed to expandfinancial aid loans to students, while allowing agovernment-guaranteed return of 9.5 percent to lenders on loans tostudents, while the market has fallen to about 4 percent.

Under this requirement lenders may charge the federal governmentup to $1 billion annually for this discrepancy. While this planputs quite a bit of money in the pockets of banks, it does nothingto change the drastic increase in tuition that skyrockets theamount of debt a student occurs over the completion of a four-yeardegree, now and in the future.

Kerry has proposed to offer $10 billion in fiscal compensationto states that keep tuition increases lower or average to the rateof inflation. This will directly affect how much comes out of ourpockets as students just to keep Science Building One fromimploding and should help minimize the amount of students who arebeing forced out of the university solely on the basis ofaccumulating unmanageable debt, not to mention those who are unableto afford PSU in the first place.

Kerry also plans to offer a College Opportunity Tax Credit goodon tuition up to $4000 for four years of college attendance. Thiscredit is a good step towards making college more affordable to thestudents of Portland State who struggle to put themselves throughschool as well as offering mom and dad or the benevolent spouse alittle relief for those students, who are fortunate enough to havethat fiscal support.

Kerry has proposed a voluntary college-for-service plan, whichwould pay for four years of college tuition for young people whoparticipate in a two-year National Service program by working in aschool, a health center or promoting national security. This is alot like the G.I. Bill and service programs in Europe, which aremandatory. This plan could give young people much needed lifeexperience, while also relieving a huge financial burden thatplagues the United States’ higher education system. Think of allthe money that could be on your OneCard.

The choice to Portland State students should be clear: As astudent of Portland State University, you should vote for JohnKerry for president with a clear conscience and a resolutefinality. And as a citizen of the United States of America, youshould vote for John Kerry for president as a vote against Bush,for Kerry is truly the lesser of two evils.

Sources: The Vanguard, The Detroit Free Press, The New YorkTimes, The Associated Press, JohnKerry.com and GeorgeWBush.com.

Potter has run a skilled campaign that has encouraged manyPortland residents to back him for his vision and his populistimage. But while his slogan-uttering and baby-kissing image may besufficient to rally public support, he will need to do more to bethe kind of mayor of which Portland can be proud.

After the malignant Jim Francesconi is rightfully defeated,Potter will still have to make great strides to clarify andimplement his vision, while insuring that several disturbing trendsfrom his career as police chief don’t continue into his mayoralcareer.

Tom Potter has run a campaign of non-specifics, and strangelyenough, this has seemed an advantage in this election. Yet, TomPotter needs to understand that these abstractions will be lessthan adorable once he takes office.

Both candidates in this race have ignored Portland StateUniversity as a campaign issue and forum. And we would implorePotter to take an active stance in the healthy and continued growthof Oregon’s largest university once he is given the crown.

Potter is a far better candidate than Francesconi and thusdeserves our vote. However, he still needs to prove he has thevision and determined leadership needed to make Portland the cityit deserves to be. He has proven he can earn the trust of thepeople and if he can do the same with local business without cowingto their demands, he could lead the city out of the stagnant watersMayor Katz has left it in.

Wyden has earned the respect necessary to be effective inbackroom politics and has shown willingness to voice and stick tohis opinion. His defense of embattled Oregon National Guardsmen andhis determination to get to the root of skyrocketing gas priceshave cast him in a positive light. While we may not agree with allof his votes, he is by far the best bet to ensure that Oregon andPSU are well served in the Senate.

What to say about David Wu? Should we begin with his lacklusterperformance in the U.S. House or just move straight to the sexualassault allegations?

We at the Vanguard do not endorse David Wu’s behavior, but thiswas 28 years ago and it has been public knowledge for that time.Not front page news, mind you, but public knowledge.

Wu has been a staunch supporter of higher education funding inthe state of Oregon. He has increased grants and allowed studentloan refinancing. He has been a visible face around PSU and helpedbring in a few million dollars for PSU’s new School of Engineeringall the way from Washington, D.C.

We’re not going to tell you to vote for someone who has beenaccused or convicted of sexual assault. If what someone did 28years ago weighs on your conscience that much, we understand.

But we will tell you to look at your options: Goli Ameri is a100 percent supporter of President Bush (see presidentialendorsement) and is not a good fit for Oregon or PSU. And we willalso ask you to wonder why these allegations against Wu went frontpage four days after the Oregonian endorsed Ameri. That’s all. Justdo that for us. Okay? You make the decision on this one.

The saddest thing about this year’s race for Portland mayorisn’t that loveable, shifty granddad Tom Potter refuses to say whyhe’s running or that Jim Francesconi keeps alternating betweendecent guy and irate jerk. It’s that longtime Oregon congressmanEarl Blumenauer decided not to run for the top Rose City spot aftertantalizing the press with the possibility that he might. Duringthe run-up to his eventual public buzz-kill (announcing he wouldn’tbe running) he gave those following his informal exploratorymeetings a glimpse of his love for the city of Portland.

Blumenauer would slowly shuffle around the events with a beer inhis hand, quickly and efficiently outlining politically savvyPortland policy proposals.

When Blumenauer was an advocate for strong student governmentwhile he was a graduate student at Portland State in the early 70sand during the run-up to his non-declaration of candidacy he madehis support of PSU clear.

A big supporter of streetcars and mass-transit and a member ofthe house transportation and infrastructure committee, Blumenaueris in a fine position to promote the goals of Portlanders, even ifhis claim that he would do more good in congress than as mayor is abit dubious.

When faced with two decidedly middle-of-the-road candidates suchas Nick Fish and Sam Adams, who agree on so much, the decision cancome down to a single crucial issue. In the city council race, theissue that reveals Sam Adams as the better candidate is his view ofpublic power and Portland General Electric (PGE). Mind you, neithercandidate has taken a strong, open stand on this issue. Fish hassaid he will review all options but “would prefer private ownershipthat meets the public interest, including lower rates and localcontrol.”

But the way to lower rates is a public utility district, notprivate ownership.

Public power will also give residents the freedom to begindeveloping more sustainable energy resources, which will bedesperately needed when there are no longer enough fossil fuelsavailable to meet our energy needs.

Although he is still undecided, Adams has demonstrated he ismore receptive to the benefits of public power. He has also gone onrecord, stating, “We need more green power.”

In terms of City Hall experience, Adams also has the edge.Still, when casting their vote for Adams, voters should bear inmind a warning Fish offered during his campaign: “When you’ve been[at City Hall] a long time, you become a captive of the place.”Adams will do well to maintain a consistent focus on his promise toshake up City Hall. And he is named after a beer. 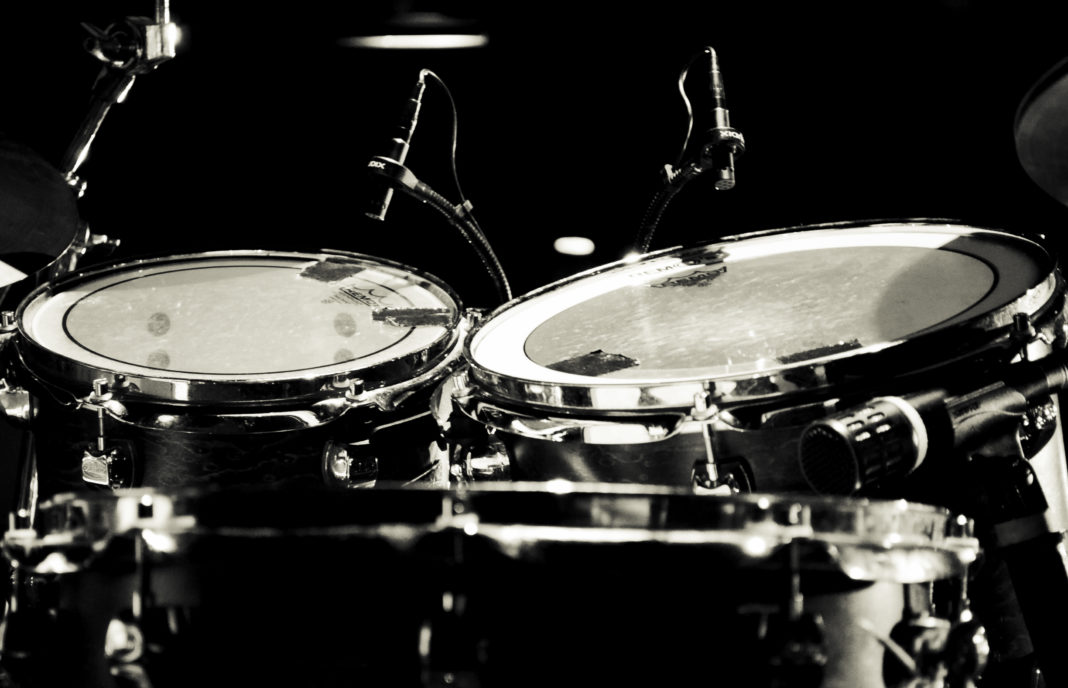 Homing in on the paranormal