“Build a better mousetrap,” Emerson is supposed to have said, “and the world will beat a path to your door.” Why build that mousetrap in the first place? Why do we innovate? The question has been the focus of decades of research, but it’s not merely academic. Portland State’s administrative leadership thinks it knows the answer, and it’s betting—with student money—on “green.” 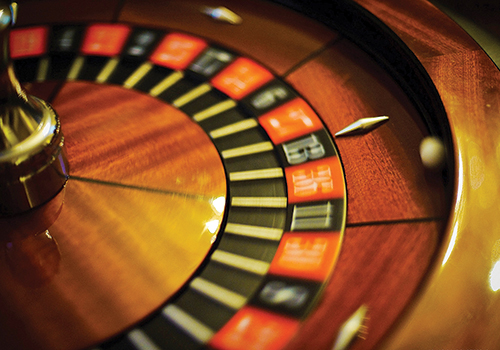 “Build a better mousetrap,” Emerson is supposed to have said, “and the world will beat a path to your door.”

Why build that mousetrap in the first place? Why do we innovate? The question has been the focus of decades of research, but it’s not merely academic. Portland State’s administrative leadership thinks it knows the answer, and it’s betting—with student money—on “green.”

The “Provost’s Challenge,” now wrapping up, will use awards totaling $3 million, procured from online course fees, to “[encourage] each department on campus to think creatively,” according to Provost Sona Andrews, the challenge’s author.

There’s something odd about this rationale. It ignores 50 years’ worth of scientific research and defies the facts recently unearthed from the rubble of so many broken incentive schemes.

The research, neatly summarized by Daniel Pink in Drive and lent added nuance in a recent paper by a trio of economists from Harvard Business School and the World Bank, might be waspishly summed up with the following:

Where creativity is involved, a bit of hunger and some skin in the game make you smarter. A prize makes you dumber. An exorbitant prize and nothing to lose, dumb and greedy.

In one well-known experiment, participants are asked to solve the “candle problem” (given a candle, matches and a box of thumbtacks, attach the candle to the wall). Posed in a way that demands creativity to find a solution, adding monetary incentives actually diminishes performance.

In another, subjects play a game with three tiers of progressively higher monetary rewards. When the game involves only mechanical play, the incentives work as desired, yielding better performance for higher pay.

When the game is designed to require even rudimentary cognitive skill, however, the cash not only diminishes performance, but does so in proportion to the size of the reward.

And in a field study of bank loan officers, HBS economist Shawn Cole and his coauthors found that it took higher stakes, not rewards, to produce better work.

Merely incentivizing loan origination wasn’t enough—if anything, such schemes actually distorted the bankers’ perceptions of the facts they evaluated to make their decisions.

With no personal downside risk involved, in other words, the loan officers would fool themselves into thinking they were making good loans.

So, it’s hard to fathom how a “So You Think You Can Innovate?”-style competition, which violates every principle one would want to follow to engender innovation, is a responsible use of students’ money.

Why risk $3 million on potential boondoggles when there are substantive investments we could make that both carry a guaranteed return and create the conditions for organically driven innovation?

Sure enough, browsing through some of the reTHINK PSU proposals makes clear that it takes more than some creative capitalization and a big dollar sign to think outside the box.

We get the distinct impression, not of an incipient new age wherein PSU makes real all the implicit aspirations of its slick, endearingly delusive promotional materials, but of a grab bag of tinkering-at-the-margin pet projects.

We can be certain they’ll make for some glittering line items on a few select resumes, though.

Meanwhile, PSU has bread-and-butter issues that demand addressing. Some of our laboratories are stocked with obsolete, poorly functioning equipment. Some of our instructors are ill-equipped or ill-disposed to teach PSU’s student demographic.

Many of our instructors, though outstanding or at least well-meaning, are poorly supported and overworked, as our abysmal student-to-faculty ratio can attest.

This factor in particular has a far greater influence on students’ experiences during and following their studies than how well we keep up with the Joneses with a gimmicky reinvention campaign.

We have no business “investing” at the roulette table when the roof is leaking and the windows are broken.

But let’s be charitable. The mask of leadership is sometimes inscrutable, and surely the provost is already aware that innovating is what provosts get paid so handsomely for (and, in theory, held accountable for). Maybe this isn’t really about innovation at all.

Maybe the key to this riddle lies in one of the challenge’s other apparent motivations: not only to spark creativity but to “affect [sic] change” to address the challenges facing public higher education.

Could this all be some kind of brilliant Rommelian feint to get faculty buy-in for necessary changes to come? Some kind of activation stratagem to motivate the troops? Could such seemingly feckless leadership instead be a masterstroke of bureaucratic politics?

Perhaps. If so, that’s one pricey ploy.

In any case, you have to wonder: Judiciously invested, what could $3 million do for PSU?