40 Days For Life wants to stop baby killin’. An admirable goal, except when it comes at the expense of a woman’s right to choose when, how and with whom she wants to bring a child into this world.

The campaign was started in 2004 by Shawn Carney and David Bereit—I’m not going to get into the ludicrousness of an anti–woman’s-right-to-choose campaign being led by two men—to stop abortion through peaceful means. The 40-day time frame was determined due to the significance of that particular integer in the Bible, and so far the crusade has spread to over 13 countries across the world, and through every one of the 50 states—422 cities in all.

Now 40 Days For Life has come to Oregon, and they will be parked in front of Portland’s MLK Planned Parenthood clinic from Feb. 22 to April 1, seven days a week, from 9 a.m. to 6 p.m.

Students, if this is your local clinic, don’t shy away. While the group is protesting abortion, at least their efforts are being channeled through prayer, fasting, and peaceful vigil—emphasis on the silent nature of the judgment process.

Therese Ruesink, a leader of the local Portland campaign, is focused on peace. “We have to take a peaceful pledge before we sign up, which says that we’re not going to shout at anyone,” Ruesink said. “We strive to be all about peace, because if we can’t be peaceful—if there can’t be peace in the womb—we’re not doing our job, which is to peacefully fast and pray for an end to abortion.”

This separates the group from so-called “rabid” right-to-lifers, such as the ones that shoot abortion-qualified physicians in churches. However, the peaceful front is undercut by some of the fanatical claims on their website.

The 40 Days For Life campaign touts that the use of prayer can “document 5,045 lives that have been spared from abortion—and those are just the ones we know about.”

It doesn’t seem that far-fetched to me that abortion rates would go down when already fragile, scared women are being greeted at the door with shame tactics and prayer-by-condescension. I certainly wouldn’t want to walk through a prayer-tunnel. So is prayer really what’s affecting this number? Intimidation seems more accurate.

“I’ve used services at Planned Parenthood before and I’ve gone in there and I have been harassed by protestors before, and it makes me very uncomfortable,” said fourth-year math and sociology major Gabby Choonoo. “I already feel slightly uncomfortable going to Planned Parenthood—not because I’m embarrassed to go, but…there are certain things that you don’t want people to judge you for. And here these people are right out front, telling me what I’m doing is wrong. And it’s very hurtful.”

Vocal performance sophomore Erica Shafer thinks they’re focusing on the wrong place. “I think it’s courageous that they’re out there, but I think it’s silly,” Shafer said. “Planned Parenthood is there to educate.”

It seems that the majority of the campaign’s “facts” are being tailored to fit their cause.

A Planned Parenthood representative refused to comment on this issue to avoid lending any validity to the 40 Days campaign, but the services and education they provide, often free of charge, speaks for itself: birth control, HIV testing, men’s and women’s healthcare, STD testing, treatment and vaccines, emergency contraception, pregnancy testing, and yes, abortion services.

Planned Parenthood is a resource for people to use (or not use) at their own discretion. If you don’t believe in abortion, don’t get one—and leave those who do alone. 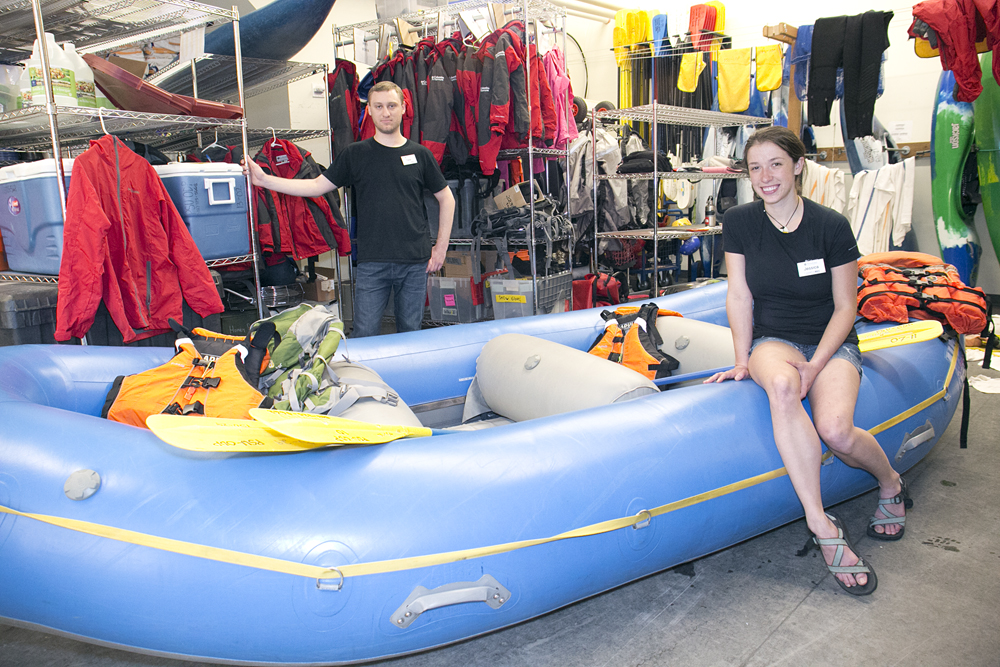 Have no fear, get your outdoor gear