On May 2, 2012, 12-time Pro Bowl linebacker Junior Seau put a gun to his chest and committed suicide. Last week, a study of Seau’s brain revealed that he suffered from chronic traumatic encephalopathy, a degenerative brain disease that is being found more and more often in retired football players. 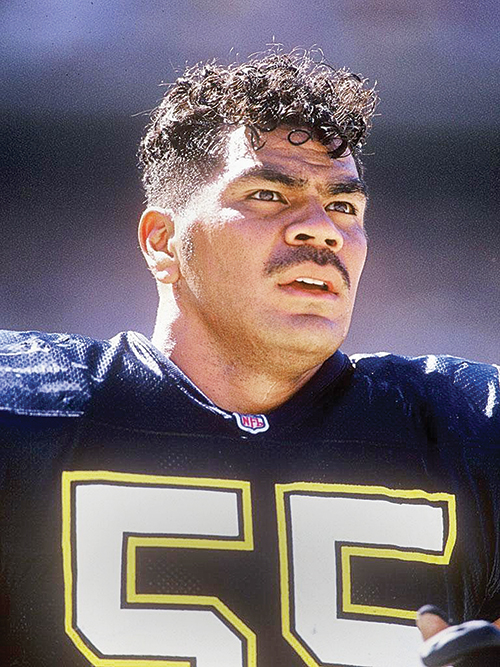 Leading the charge: Junior Seau, a force in the NFL for 20 seasons, committed suicide in May.Photo © Rogers photo archive/Getty Images

On May 2, 2012, 12-time Pro Bowl linebacker Junior Seau put a gun to his chest and committed suicide. Last week, a study of Seau’s brain revealed that he suffered from chronic traumatic encephalopathy, a degenerative brain disease that is being found more and more often in retired football players.

The possible (and likely) connection between repeated head trauma in football and brain damage has been at the forefront of the sports media consciousness for the last several years. Tragedies like Seau’s death and posthumous diagnosis breathe new energy into the conversation, if not new life.

That’s because the content of the conversation has stalled. As we have begun to accept the notion that professional football may be more profoundly dangerous than we already knew, the accompanying clamor for player safety has grown steadily louder and predictably self-righteous. The league has responded to the crisis by implementing a set of largely superficial rule changes to discourage helmet-to-helmet contact, and it recently released a series of public service announcements designed to remind the fans that the NFL takes safety seriously.

That’s the whole conversation. That’s the dance. It never evolves because it has no place to go. Nobody wants to follow the implications to their logical conclusion.

I’m not talking about the end of football or even a significant transformation of the game. The conclusion I’m talking about is the one in which all of us finally realize that we are OK with men ruining their brains in the interest of professional sports entertainment. But we aren’t prepared to come to those terms just yet.

That’s the elephant in the room. It’s what athletes, pundits and fans are tiptoeing around whenever they hem and haw about player safety. For all the noise about how complicated this issue is, it really isn’t. Even in the most optimistic scenario, playing football dramatically increases the likelihood of experiencing debilitating brain trauma. Short of fundamentally changing the sport as we know it, this will continue to be an unavoidable consequence of football. It’s that simple.

Of course, no one wants that. But Americans love few things as ardently as they love football, and so the conversation goes around in circles to try and protect the game we love while also maintaining those notions of humanity that we aren’t quite ready to give up.

The truth is that there is nothing wrong with loving football, even if the after-effects of a long career can be devastating and tragic. We don’t have blood on our hands just because we enjoy watching the NFL every fall Sunday. In addition to being fun to watch, professional football employs thousands, enriches cities and makes large charitable donations. The sport isn’t evil and neither are we.

But we also can’t afford to keep the national conversation in its current stasis. Eventually we’ll have to confront this uncomfortable aspect of our culture and own up to the fact that, yes, football has the potential to ruin the health and lives of those who played the game and, yes, we’re still going to watch it in record numbers.

Only by examining the nature of our attraction to violent sports can we begin to make productive decisions about what kind of culture we want to be. When it comes to professional football, if we don’t like whatever strand of barbarism our enthusiasm implies, then we need to get rid of the game. If we love the game more than we are disgusted by its consequences, we should say so, if only to be liberated from hypocrisy.

Admitting that we still love football in the post-concussion era doesn’t make us terrible people—it makes us honest. And that’s a good place to start the
conversation.

New Grant Helps in All the Right Places