“Softball is a game when any team can win on any given day,” infielder Carly McEachran said. “The win goes to the team that wants it most, that plays from the first inning to the seventh, and on the days we won, that was us.”

The Vikings opened the weekend with losses against the host University of California, Riverside Highlanders and then the South Carolina Gamecocks, but they bounced back to win both of Saturday’s games against Maine and UC Davis. Unfortunately for the Vikings, the streak didn’t continue. UC Riverside handed the Vikings a second shut-out game to end their weekend in an 8-0 loss.

“I think it was our offensive production that was important in the wins,” head coach Tobin Echo-Hawk said. “Getting key hits when we had runners in scoring positions. In [the second UC Riverside game] we would get our runners on, then we didn’t do anything.”

Echo-Hawk said that offense has been the biggest struggle for the team in preseason. When the team is able to get a string of strong hits as they did in the wins against Maine and UC Davis, she said, the players are able to feed off each other’s performances.

“It’s contagious; when one person does well it is easy for everyone to do well,” Echo-Hawk said. “If you look at our wins, it’s a string of people right in a row [that can] produce—and in our losses we don’t have that flow offensively.”

In the opening loss to UC Riverside, the Vikings were unable to get a single run. The low offensive production, combined with inconsistencies from the reserve pitchers, allowed the Highlanders to win 5-0. The Vikings brushed off the loss and came back strong in both of Saturday’s wins.

Bertrand kept the momentum going in the second game for Saturday with four strikeouts while allowing only five hits. The Vikings beat UC Davis 3-1.

“Anna Bertrand is a consistent player for us, every time she gives our team a chance to win,” Echo-Hawk said. “It’s a matter of her teammates backing her up and making big hits and staying in the game on the offensive side.”

In the wins, the Vikings did just that, but in the final loss to UC Riverside, the Viking offense struggled to make big plays. The Vikings had the bases loaded in the top of the first inning, but they were unable to turn the hits into runs. They watched as the Highlanders raced to the 8-0 win.

The Vikings, who have been on the road for the past four consecutive weekends, get a much needed break this weekend. The Vikings played the final game of the Highlander Classic last Sunday and do not hit the field again until this Monday, March 12, against North Dakota.

“Offensively we need to stay aggressive and remain focused, making sure we are the people who dictate what happens each at bat,” McEachran said. “We need to make adjustments from at bat to at bat…and be aggressive on the outside pitch.”

Echo-Hawk said the week off will be all about going back to basics.

“This week we will be refocusing on the fundamentals, practicing doing the little things right, making sure we work on the defense and offense,” she said. “We haven’t had a ton of time to practice in the last few weeks…so it will be good to have a chance to focus on the details.”

The Vikings are still in preseason for these games, but Echo-Hawk said the home lineup is good to get in some solid competition.

“We start off with North Dakota, which is a good team to play against. Then we play the current number one team in the nation, Alabama,” Echo-Hawk said. “That will be an exciting game for the girls and the community. When we play our best, we can play with anything. It’s a matter of us being consistent.”

Both games are slated at the Viking home field in Erv Lind Stadium. The North Dakota game is scheduled to be a double-header beginning at 2 p.m. on March 12. The Vikings host Alabama on Wednesday, March 14, for a night game starting at 6 p.m.

“I know we have had our ups and downs,” Echo-Hawk said. “But we’re just looking to find that balance and reach the full potential we all know is there, and that’s what preseason is for.” 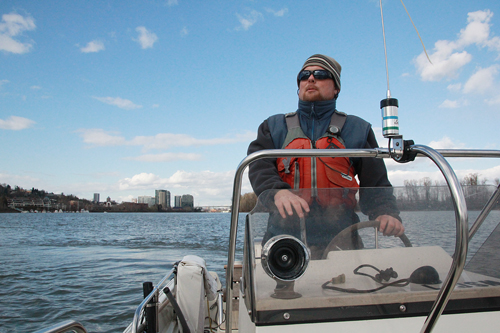 Staying healthy, with tips from SHAC