Like SOPA and PIPA before it, ACTA is another ominous acronym clouded in controversy and muddled by mystery.

Concerns about whether or not it is a threat to civil liberties and worries about potential negative outcomes of ACTA, as well as confusion over its necessity, leave the agreement open to a lot of scrutiny. The rush to get it passed and the secretive tactics employed to develop ACTA make many question its true intent.

Like SOPA and PIPA before it, ACTA is another ominous acronym clouded in controversy and muddled by mystery.

Concerns about whether or not it is a threat to civil liberties and worries about potential negative outcomes of ACTA, as well as confusion over its necessity, leave the agreement open to a lot of scrutiny. The rush to get it passed and the secretive tactics employed to develop ACTA make many question its true intent.

To understand the true intent behind the Anti-Counterfeiting Trade Agreement, one would have to look closely at the sponsors of the agreement.

Those lobbying to get ACTA approved include entertainment companies such as Disney, Verizon and the Motion Picture Association of America. Major copyright holder and GMO giant Monsanto Company, by no means a stranger to legal disputes over “intellectual property,” is also in support of the treaty.

The goal, according to the Office of the U.S. Trade Representative, is to “support American jobs in innovative and creative industries against intellectual property theft.”

And while that may be good for a select number of American industries, other nations such as China and India feel that the consequences of such provisions would bring about more global damage than good, especially to nations considered still “developing.”

In a June 2010 World Trade Organization council debate, India issued a statement suggesting, among other concerns, that ACTA could possibly “undermine governments’ freedom to allocate resources on intellectual property by forcing them to focus on enforcement.”

What this means is that ACTA could function so that the cost of preventing counterfeited material from being produced would be shifted from the corporations to governments, and ultimately be paid for by taxpayer dollars.

This way, major copyright holders don’t lose revenue combating the issue of intellectual property theft because it would be a publicly funded effort. Unfortunately for the American taxpayer, this issue never underwent the scrutiny of debate in a public forum by elected representatives.

In fact, those who oppose the agreement have more to say about how it was constructed rather than its actual contents. According to a study conducted by European Parliament Policy Department, members of EP have condemned ACTA on the grounds that “confusion and secrecy surrounding the negotiations [of the agreement] has clearly led to problems in the nature and scope of ratification processes in the EU and the U.S.”

Much of the confusion comes from the fact that, according to the EP’s study, President Obama’s declaration of ACTA as an “executive agreement” may not be legally binding, given the wide provisions of the agreement and the criminal sanctions attached to it.

The secrecy surrounding the development of the agreement is also a direct result of President Obama’s declaration, because it allows ACTA to avoid congressional debate, removing democracy from the ratification process.

The near absence of transparency about what the U.S. government calls the “highest-standard plurilateral agreement ever achieved” seems underhanded to citizens who feel left out of the development and passage of such an agreement.

Wide-scale protests took place in Poland, where thousands of demonstrators, including members of Parliament, acted out by wearing masks and carrying signs to exhibit frustration over the lack of public input on the global trade agreement.

Human rights groups have also taken issue with ACTA. Backlash against the bill has resulted in its public disapproval by the human rights organization Oxfam International, a group which aims to “find lasting solutions to poverty and injustice.”

Representatives from Oxfam fear that wealthier countries will use legislation created by ACTA to “stifle the trade in legitimate generic medicines” in developing nations so “that poor people will be denied legitimate and life-saving generic medicines.” All so pharmaceutical companies can, in essence, make a bigger profit while stifling competition in developing markets.

It’s almost like a David and Goliath story, only in this case Goliath got together with all the other giants to secretly pass a law which made it illegal for anyone of David’s stature to possess the stones needed to take out the giant.

Of course, the backers of ACTA are denying any possibility of negative outcomes regarding the agreement—particularly the executive branch of the U.S. government, which argues that the distribution of counterfeited goods “poses an ever-increasing threat to the sustainable development of the world economy” and “hinders sustainable economic development in both developed and developing countries.”

To put it plainly, the ability of the United States and the world to sustain the existing capitalist trends in the major global markets relies heavily on ACTA’s passage. They believe that combating intellectual property rights violations will prevent major copyright holders from losing billions in revenue each year.

By reclaiming those losses, U.S. corporations could afford to create more jobs, and will use that money to hire more hard-working Americans.

They are also quick to point out that secrecy in ACTA’s development is in line with procedure for the creation of an executive agreement. According to the U.S. government’s summary of ACTA, secrecy “allows delegations to exchange views in confidence facilitating the negotiation and compromise that are necessary in order to reach agreement on complex issues.” So, there is no need for the ordinary civilian to be suspicious about being excluded.

Ultimately, despite any protests or discussions from the public about ACTA, whether or not it enters into force depends upon the decision of the European Parliament to accept its terms.

While the agreement itself may prove to be benign in its real-world application, for many it is yet another example of an alarming trend toward increased government sanctions and diminished personal freedom. 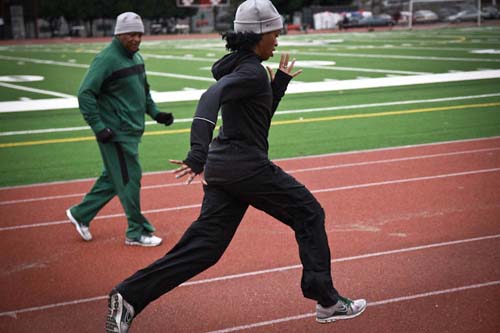 A steal of a deal down by the river

Best cheap night out around campus