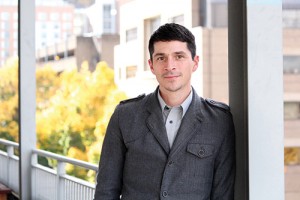 Overall, Portland is a younger city than the rest of Oregon and other comparable cities in the U.S.

As people from past generations grow older, however, the rate at which Portland’s elderly population is expanding is significant, said Alan DeLaTorre, a researcher at Portland State’s Institute of Aging and the project manager for Portland’s Age-Friendly Cities Project.

In 2006, the institute was invited by the World Health Organization to be part of the global Age-Friendly Cities Project, which is designed to look at how cities can be made more livable for people from all generations.

Researchers from 22 countries worked on the global project; PSU’s researchers were the sole U.S. representatives.

Since then, the institute has conducted extensive research on Portland’s aging population, and is currently working with the city’s Bureau of Planning and Sustainability to craft policy recommendations for the city’s future seniors.

“It’s important to look at them [seniors] when planning for cities because they are vulnerable and really need particular care,” DeLaTorre said.

A comprehensive plan, known officially as the Portland Plan, will later be presented to the city council for implementation.

Bill Cunningham, who works at BPS in neighborhood development, discussed the importance of research in carrying out a city project like this.

“The Institute of Aging at PSU has been a key partner in this. By ourselves, we don’t really have the capacity to look at some of the aging society issues in all the detail they really merit,” Cunningham said.

“They [the institute] have been really critical,” he added.

The institute’s recommendations were negotiated by an advisory council made up of representatives from the institute, the BPS and various other agencies both public and private.

Needs range from accessibility to buildings and transportation, and the proximity of grocery stores and medical centers to neighborhoods and housing.

The institute’s advice has already been heeded for new development in the Hollywood District, where city officials worked with the developers to make an apartment building more senior-friendly.

“Our housing planner was working with one of the developers there to encourage them to incorporate universal accessibility features,” Cunningham explained.

There has, at times, been tension between the various agencies.

“When the draft Portland Plan came out, it was lacking the suggestions that we had made during the Portland Plan Advisory Council meetings,” DeLaTorre said.

In an effort to make their point, DeLaTorre recalled how representatives from the institute put paper bags over their heads during an advisory council meeting to illustrate the perceived lack of inclusion.

Deborah Stine, a BPS representative on the council, said that advocates for the elderly thought the plan’s language was too general and didn’t specifically mention seniors when talking about the Portland population.

“They [the elderly advocates] didn’t see themselves reflected in the plan as much as they had wanted. In the earlier draft, in many cases staff used terms like ‘all Portlanders’ rather than listing out everyone included in that description,” Stine said.

“By generalizing, we didn’t directly speak to many communities who wanted to be explicitly recognized, despite the fact that the intent was to be fully inclusive,” she added.

Stine said the language was later reworked to be more specifically oriented toward the aging population.

The final draft of the plan is set to be reviewed by the city council in June 2013.