It’s been over 60 years since an unidentified flying object supposedly crashed in a ranch in Roswell, N. M., but the hunt is still on. All across the globe, people are watching and listening for evidence of extraterrestrial life. Even as farmers ponder the implications of crop circles in the remote plains of the Midwest and Europe, scientists are examining the possibilities of microbial life on distant worlds.

It’s been over 60 years since an unidentified flying object supposedly crashed in a ranch in Roswell, N. M., but the hunt is still on. All across the globe, people are watching and listening for evidence of extraterrestrial life. Even as farmers ponder the implications of crop circles in the remote plains of the Midwest and Europe, scientists are examining the possibilities of microbial life on distant worlds.

And last week, Portland State’s Littman and White Galleries opened an exhibition tying together extraterrestrial themes as depicted by local artists. Contact, compiled and commissioned by gallery curator Chloe Womack, will be on view this month in the Smith Memorial Student Union.

The show also features documents and tapes from the Portland Alien Museum collection.

“I’ve had extraterrestrial experiences my entire life, and I shut it out for a long time,” Womack said, when asked what inspired her to develop the Contact exhibition. “Earlier this year, I saw a UFO, and it really affected me. The way that I could reach out to other people or talk about it was through talking to artists, curating this exhibition.”

Her experience led her to seek out others with similar stories. Through her research, Womack learned about the Portland Alien Museum. Though it has no physical location and its website is still under construction, the museum maintains a wealth of information, including articles, photographs and tapes from an individual claiming to be an extraterrestrial being from the Andromeda Galaxy. The tapes, known as the Gunnar Transmissions, are playing in the Littman Gallery as part of the exhibition.

“There are six different tapes chronicling what is supposedly an intergalactic war happening now that the public isn’t privy to,” Womack said.

In addition to the Gunnar transmissions, the Portland Alien Museum has released several of its archived articles for display. Among these are clips from The Oregonian, McMinnville’s Telegraph Register and Life magazine.

While the Portland Alien Museum contributions focus on reported sightings and cover-ups, the artists’ pieces explore different sides of the extraterrestrial experience.

Daniel Glendening’s collection of graphite drawings depicts the moons of other planets in our solar system. Another of Glendening’s pieces expresses the scientific study of how life could have derived from a cosmic impact with Earth.

“What he did was take a piece of meteor from outer space and is doing a sort of pseudo-science experiment where he’s culturing bacteria, addressing this idea that maybe life on Earth originated from a piece of a different world slamming into it,” Womack said.

Other artists examine the psychology of believing in extraterrestrial intelligence. Chase Biado, a senior in the PSU fine arts program, developed a piece which projects various alien faces onto a sculpted, featureless face. A soundtrack of ambient sounds and a streaming text of alien poetry surround the face, supplying a sci-fi atmosphere.

“My interest was more in the human side, in the question of the alien, of how humans project their desires and fears upon the other, and the psychological apparatus of manifesting images to create coherence out of incoherent questions,” Biado said. “So I was using projection as a literal metaphor for psychological projection.”

Biado also has a poem on display in the White Gallery that describes a love affair with an extraterrestrial being.

“I was interested in dealing with the form of the alien message,” he said. “It’s something that constantly reoccurs, the ‘Citizens of Earth’ message.”

Ultimately, Contact is an exhibit about humanity’s ongoing search for meaning, according to Womack.

Littman and White Galleries present
Contact
On view through March 28
Monday through Friday, Noon to 4 p.m.
Free and open to the public 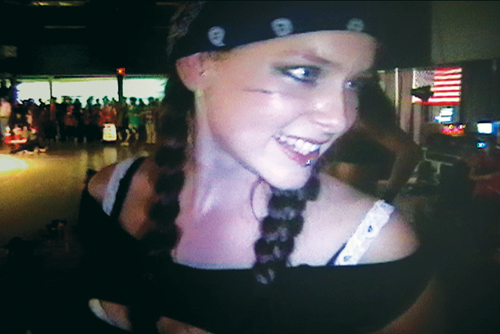 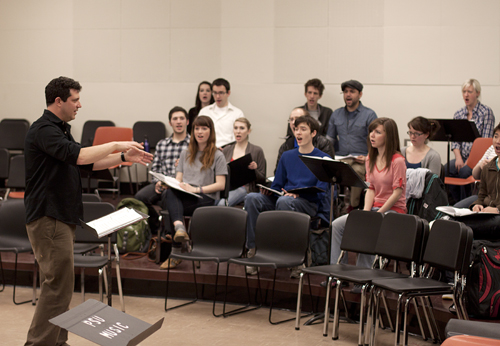 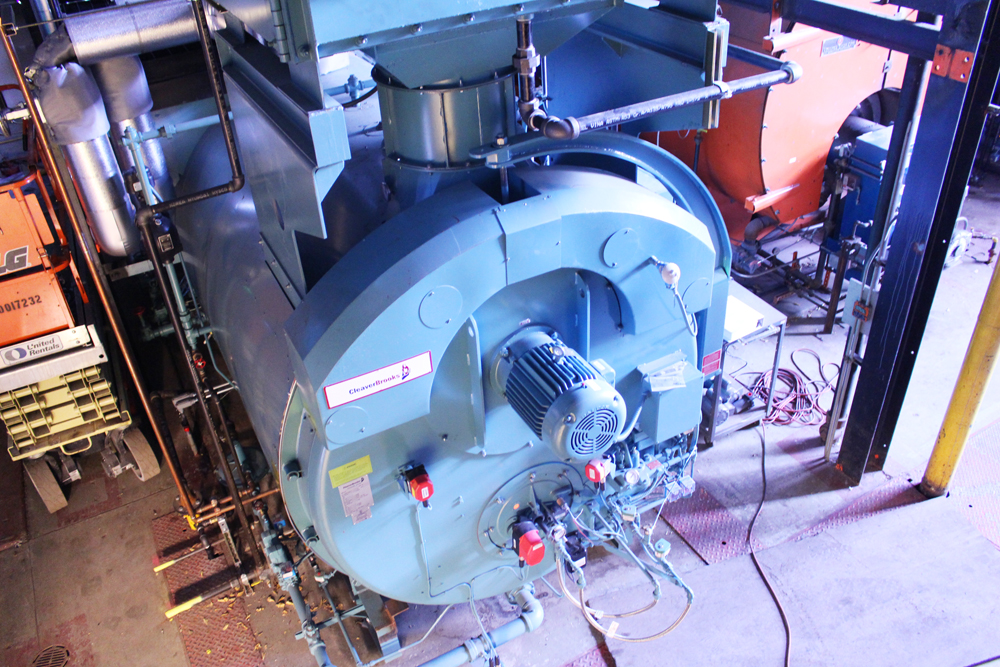