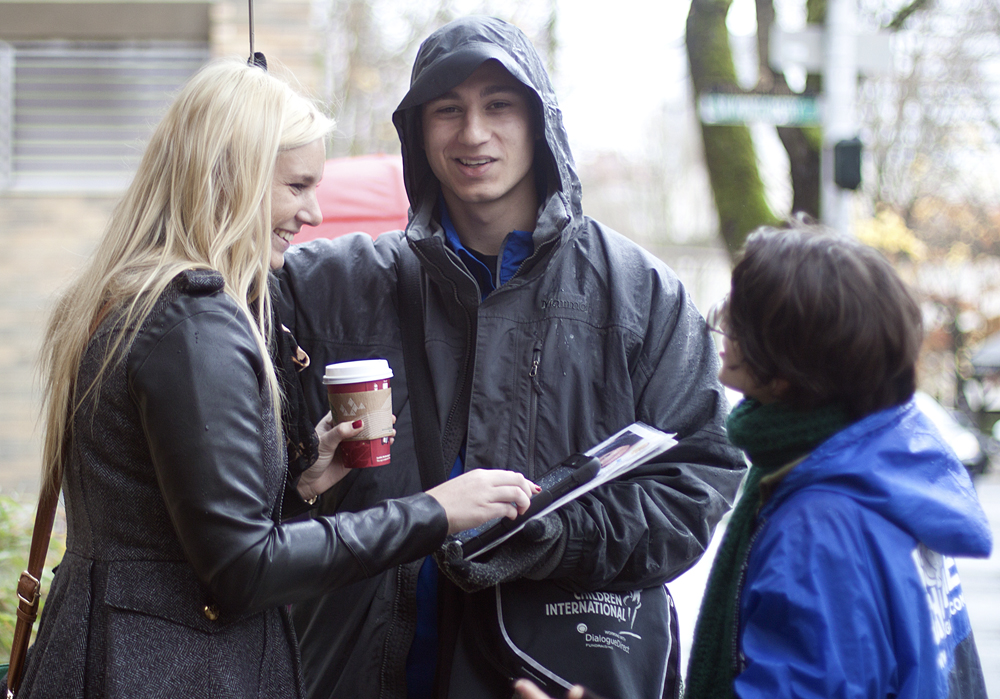 The Southwest Park Blocks run right up the middle of Portland State’s campus, making them an essential thoroughfare as well as a place for events, relaxing between class and studying. During sunny days it feels like Portland State overwhelms the space with activity, though in the park’s defense, it was there long before PSU was.

Eleven narrow blocks were designated for public park space in 1852. It was the first park in town and lay at the south edge of established Portland. Lombardy poplars and elms were added a few years later, and the Park Blocks developed into a cultural trust for the city, housing the Portland Art Museum, the Oregon Historical Society and some of the oldest churches in town on its borders.

As a public space, similar to sidewalks, anyone can practice their First Amendment right to free speech in the Park Blocks. This sometimes takes the form of organizations gathering signatures for petitions or looking for donors.

Children International, a non profit that provides aid to children around the world with a “one sponsor supporting one child” model, has a presence in the Park Blocks almost every day. They often stand near the junctions between buildings where students funnel into the park after class.

Alex Hughes is a fundraiser for Children International. The PSU campus is one of many places where he attempts to find sponsors each week.

“It’s one of the better places to work,” Hughes said. “There’s cool people, lots of foot traffic. On average I get two to three donors a day here.”

Hughes adds, however, that the majority of people walk right by ignoring him completely. Some just smile or say hello, and a rare few have rude words.

Adrienne Godshalx is a PSU grad student who lives near campus and walks through the Park Blocks at least three times a day.

“I used to get stopped, but now I’m better at avoiding them,” Godshalx said. “They have a nice, personable approach. I wish people would act that way all the time.”
That cheerful greeting is inevitably followed up with a pitch outlining how important their cause is and the difference one person can make.

“They suck you in [by] being friendly,” Godshalx said. “I was stopped once and was chatting then realized they had their binder behind their back. When they pulled it out I felt totally betrayed. Now I avoid eye contact.”

The Campaign for Restoration and Regulation of Hemp, as well as Portlanders for Water Reform, are two other groups which regularly send employees to the Park Blocks for signatures on their petitions. They often gather over 100 signatures in a single day.

Another incarnation of free speech in action is open-air preaching. Daniel John Lee, often called “Preacher Dan,” has been a public and sometimes controversial character on the PSU campus since 2001. As it did in the past, the stage next to the Smith Memorial Student Union continues to serve as his soapbox.

For Lee, preaching in the Park Blocks provides a forum where he can reach a large number of people at once. Part of his personal style involves using strong language that many find offensive in order to draw a crowd and to continuing that pattern with those who show up to watch nearby.

“If you look at the Christian New Testament, you’ll discover all the early Jewish apostles’ primary method to spread the gospel was known as open-air preaching,” he said. “They were confrontational evangelists, and that’s what I’m doing at PSU.”

Lee, who was raised a non denominational Christian, began preaching in 1997 soon after his high school graduation. Shortly after beginning his preaching at PSU, he was introduced by a student to Messianic Judaism, which is largely a combination of Christian and Jewish theology and practice.

Lee’s YouTube channel acts as a home to many of his declarations. “I understand the Torah 100 percent perfectly correct,” he said in one video, dated Nov. 10 of this year. “You better follow me as I follow Christ or you will burn in the lake of fire,” he added.

“I’m practicing righteous judgment,” he said in another from Nov. 16, “…by trying to bring the heathen to repentance like I do at Portland State University.”
Lee’s confrontational preaching style has also earned him numerous run-ins with the law.

In 2001 he was arrested on the Park Blocks by Portland police for an earlier incident related to preaching atop Skidmore Fountain. Lee says he missed a subsequent court date because of jury duty and was unaware of the warrant, issued by the Multnomah County Sherriff’s office.

Another encounter occurred in January 2003, when an African-American PSU student was arrested by Portland police for punching Lee after the two got into a racially charged scuffle.

Following that punch, Lee picked up his then 2-year-old son and held the child between himself and the student. Lee says that he was not using his son as a shield, but to calm the man down.

“He wasn’t in danger,” he told the Vanguard about his son in a 2003 interview. “I knew that doing that would make that black man calm down, and he did.”

Talk of banning Lee from the Park Blocks began surfacing early that February, and the Office of Student Affairs reserved the stage outside SMSU from 11 a.m. to 5 p.m. for the year, effectively banning Lee from preaching there. The reservation was ultimately removed.

Phil Zerzan is the Chief of Public Safety for PSU. Part of his job, and that of CPSO, is ensuring that the Park Blocks are safe for students and staff. When it comes to open-air preachers, there is nothing campus safety can do but observe and make sure things don’t get out of hand.

“We certainly try and de-escalate [tense situations] while at the same time protecting people’s free speech rights,” he said.

“We don’t want to see people be so upset as to escalate to violence, because that’s not defensible.”

Indeed, in 2001, Lee won an appeal in the Oregon Supreme Court that ultimately determined his preaching to be a form of protected speech.

It is Zerzan’s view that when students confront preachers like Lee, it encourages them.

“When people engage them in dialogue, it empowers them. Their message may be hateful, or distasteful but a better strategy is not to engage them in a logical discussion.”

Ultimately, PSU’s central location and masses of people determines the wide variety of personalities and endeavors that take place in the Park Blocks.

“Downtown Portland is what it is. Campus is vibrant and exciting. I think the street preachers add to that,” Zerzan said. 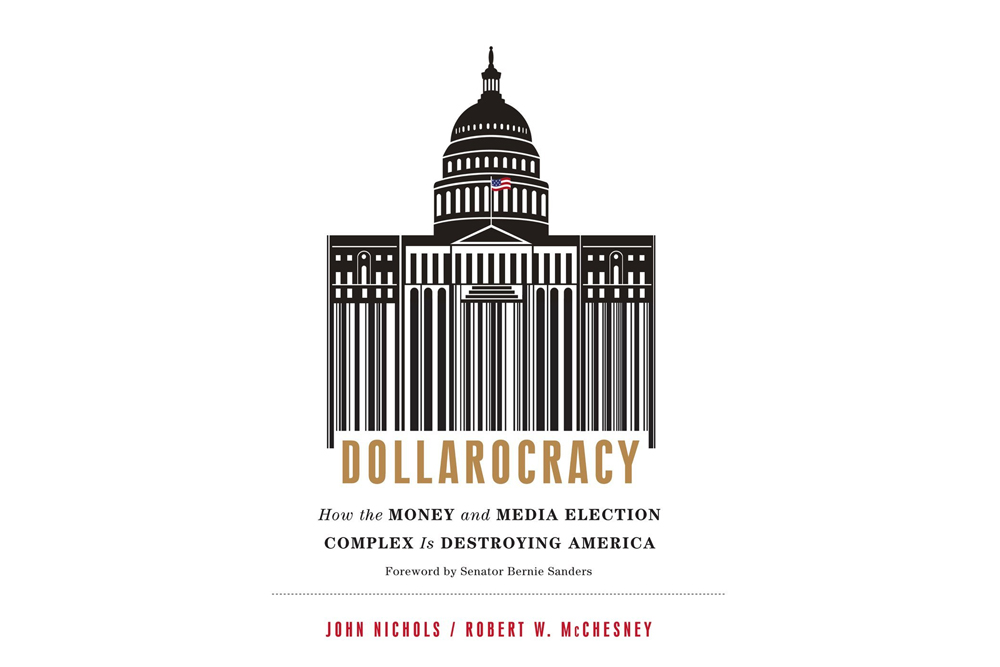 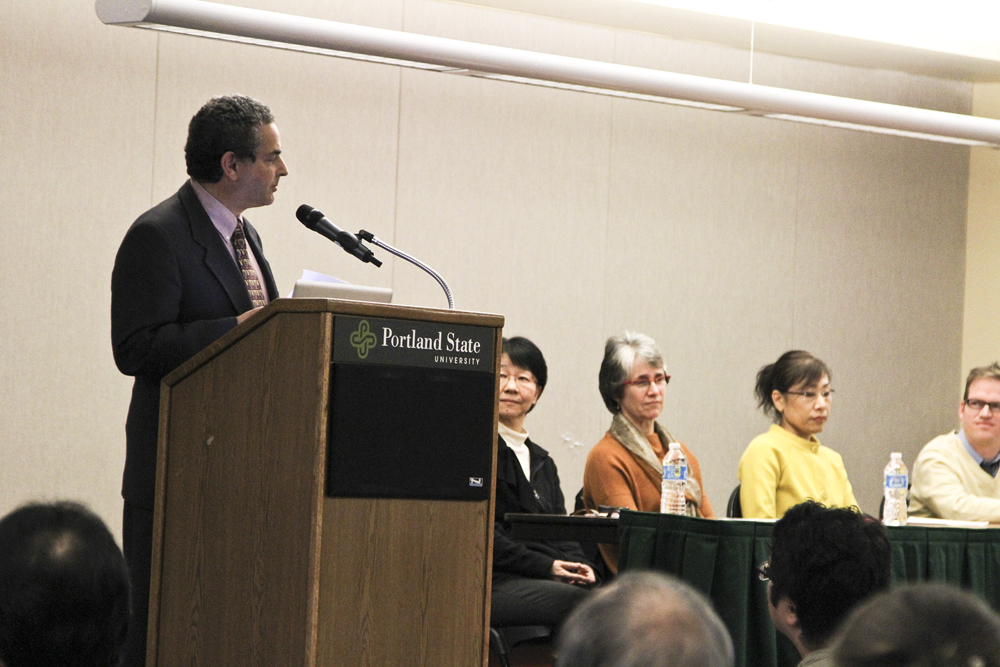