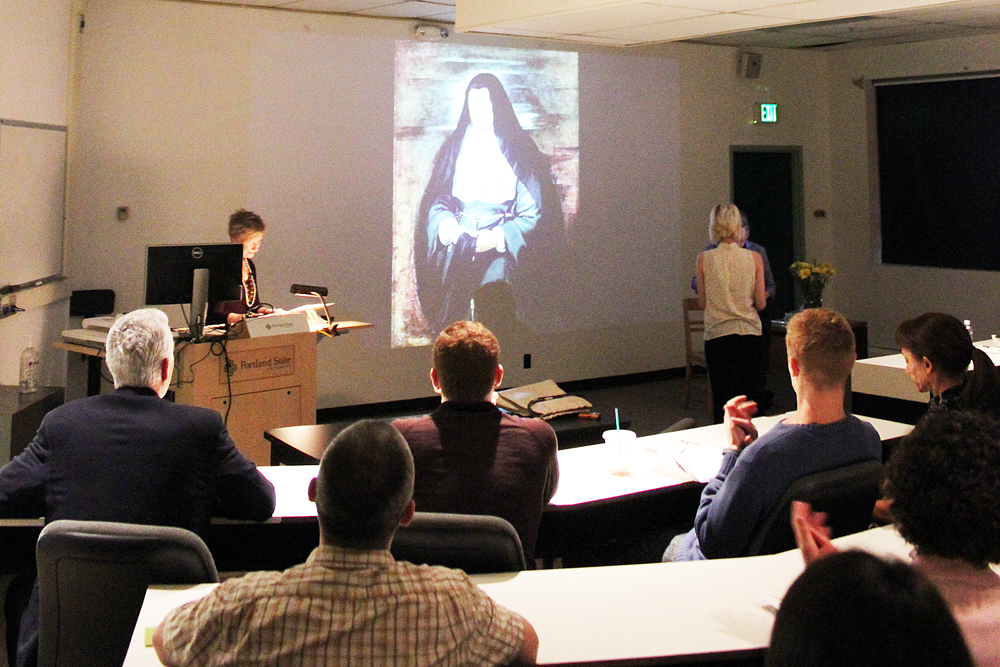 In a packed celebration featuring gifts and prizes recognizing outstanding student scholarship, the Portland State School of Art and Design awarded students of art history on May 16. Students were acknowledged for their achievements in art history writing and research with awards sponsored by outside donors as well as art department faculty. The event was sponsored by Natalie Fay Linn and was introduced by Sue Taylor, professor of art history, with remarks by dean of the PSU College of the Arts, Bob Bucker.

The Robert and Normandie Holmes Endowed Travel Fellowship, a paid research travel fellowship, was awarded to Jillian Martin for her “proposal for a visit to the 19th century Mexican Retablo and Ex-Voto Collection at New Mexico State University in Las Cruces.”

The term paper prizes portion of the ceremony culminated in a presentation by Marissa James of her award-winning paper on artistic depictions of 16th century archduchess of the Spanish Netherlands, Isabella Clara Eugenia, entitled “Isabella Clara Eugenia: Representing the Virtues of Female Monarchy.”

James’ paper focused on differing aspects of Eugenia’s depiction by portrait painters throughout her lifetime, beginning with an analysis of a 1615 portrait by Dutch painter Otto van Veen.

“The paper originated in a class about the art of the Baroque Netherlands. I was really interested in the archduchess because professor [Carmen] Ripolles mentioned her in class. Originally I wanted to do it as a comparison between Isabella and her portraits and Queen Elizabeth I and her portraits, which are very different in the way they represent femininity,” James said.

The Art History Faculty Special Appreciation Awards are awards that were personally donated by the PSU art history faculty, and differed slightly from the large cash awards given out at the ceremony from private donors. The student recipients of the faculty awards were Daniel Blanchard, Eleanor Degeneffe, Jordan Hallmark, Charlotte Hill and Simon Robins.

The final section of the awards ceremony culminating in Eleanor Degeneffe’s reading of her award-winning essay, “The End of History: Eugene Berman’s Time and the Monuments.” The paper deconstructs the symbolic and metaphorical imagery of Berman’s 1941 surrealist piece, which can be found in the Portland Art Museum, discussing the work as a figurative critique of the futility of war and imperialism.

The awards were followed by a reception in the art building’s MK Gallery, featuring food and refreshments from Portland’s Flying Elephants Delicatessen.

The awards are similar to the English Department’s Nina Mae Kellogg awards, which took place on May 12 and are a yearly contest that honors outstanding student writing produced during PSU English courses. Some of the awards given in the Art History Awards Celebration were donated by and are given in the memory of previous alumni of the program, as well as donations by outside patrons.

PSU does not have a graduate-level art history program. Many of the students honored in the ceremony will be going on to study art history at the graduate level at other universities. Jordan Hallmark will be starting next fall on a full fellowship at the Bard Graduate Center in New York, where he will be studying 18th century decorative arts. When asked about his goals, he said he plans to pursue a Ph.D. and teach art history at the university level.

When asked about the awards and scholarships given to students, and whether the ceremony will become a yearly event, Taylor said, “It really depends on the funds that we have available each year, and some years there’s just not much, so it happens sporadically. But we’d love to make it a tradition depending on the kind of endowments we’ll get in the future.” 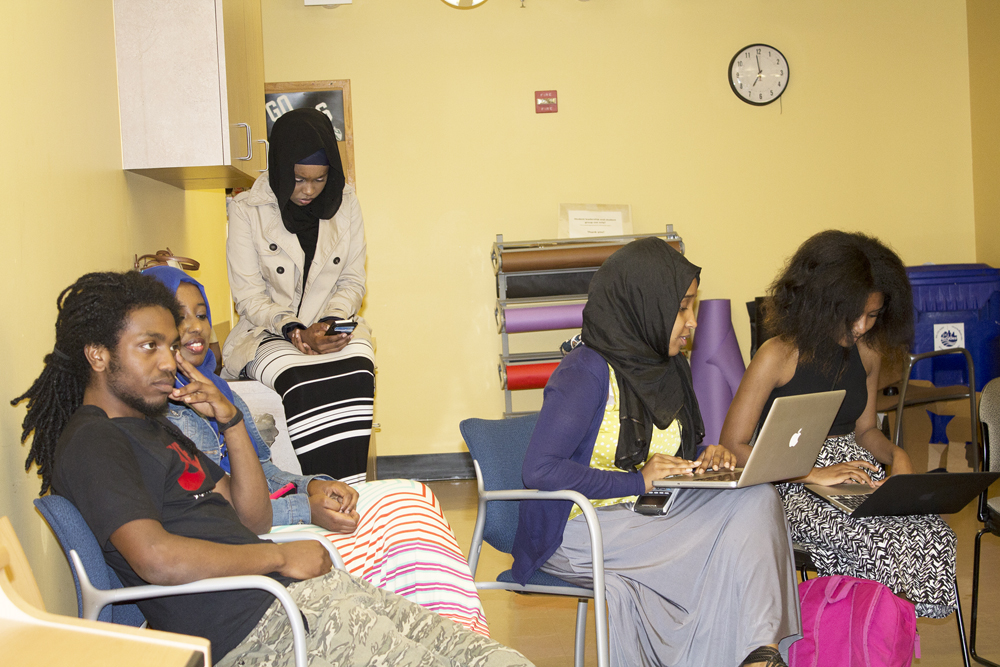 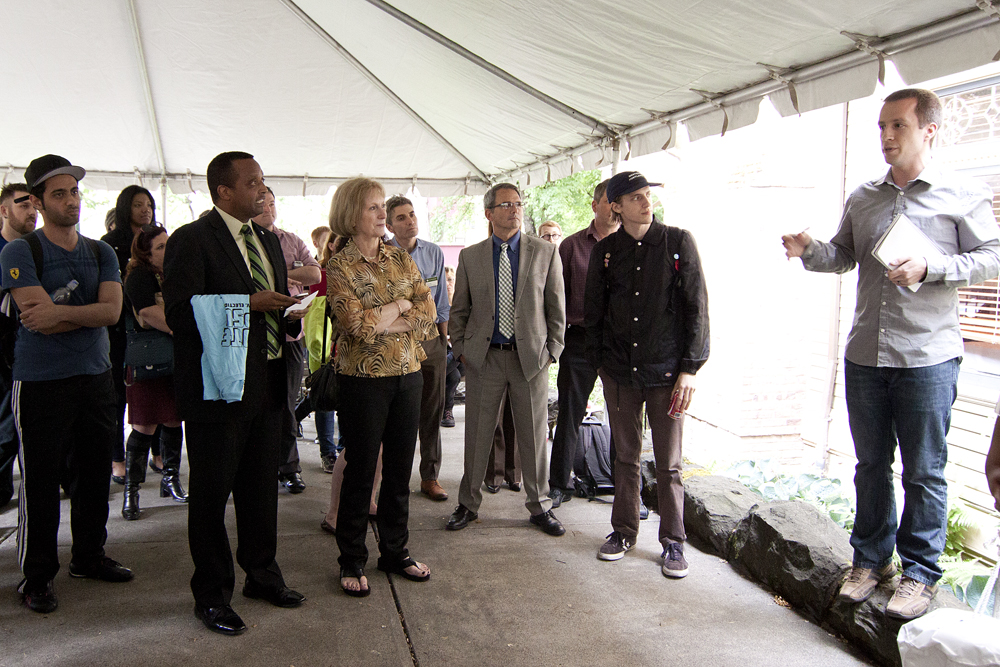