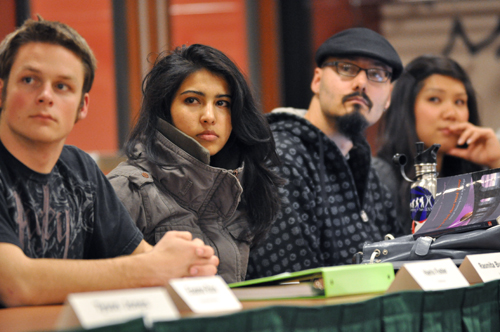 Suzanne Bonamici has won the Democratic primary election for Portland’s 1st Congressional District and will face Republican candidate Rob Cornilles in a special election on Jan. 31 to determine who will replace David Wu as the district’s House representative.

Whomever takes home the win in January’s election will hold the position only temporarily; they will have to emerge victorious in next November’s regular election in order to officially begin their first two-year term as a House representative.

Although yesterday’s Democratic race was thought to be without a clear favorite, Bonamici ran away with the victory, collecting a whopping 66 percent of the vote. The next closest finishers were Brad Avakian (22 percent) and Brad Witt (8 percent). Recent figures indicate that around 37 percent of eligible voters cast ballots in the election.

Democratic candidate for Congress will be chosen in today’s election

The three leading primary candidates working to gain the support of the Oregon public are Brad Avakian, commissioner of the Oregon Bureau of Labor and Industries; Brad Witt, a state representative; and Suzanne Bonamici, a state senator. Whichever contender emerges victorious will have to provide answers to the state’s most pressing issues, with the key issue undoubtedly being high unemployment. 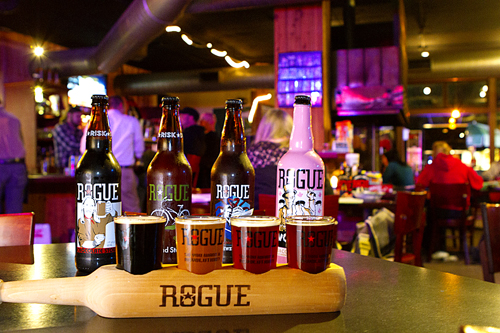 Here’s a wild idea for the writers of Portlandia: Instead of another batch of episodes revolving around tired Portland stereotypes, how about actually trying to emphasize some positive things about the city? A whole season of that show could revolve around the cast having revelatory experiences in this city’s breweries—breweries that produce what is arguably the best beer in the country. 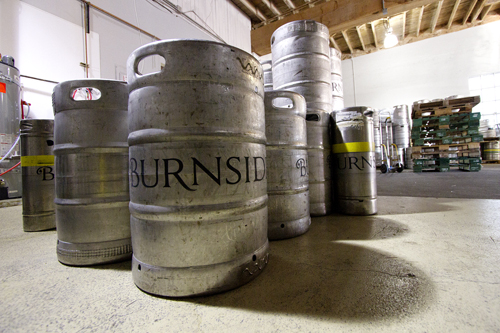 Every restaurant needs a gimmick. Is Voodoo Doughnuts really the most famous eatery in Portland because of the quality of its pastries? Of course not; it’s because they offer a maple bar with bacon on it. So what is the gimmick at Burnside Brewing Company ? What possible reason would a Portlander have to frequent this newer establishment, knowing that old brewpub standbys like McMenamin’s, Deschutes and Bridgeport are still readily available?

The aftermath of the 2011 Fukushima nuclear disaster in Japan will be presented to the Portland public in a free lecture given by Ken Belson, a New York Times reporter with personal experience in the disaster.

Belson will speak at the Mercy Corps Headquarters (45 SW Ankeny St.) Wednesday, Nov. 2, from 4 to 5:30 p.m. The event was organized by Doug Smith of the Japanese Study Advisory Board, and is co-sponsored by the Portland State University Center for Japanese Studies. It will be held at Mercy Corps largely due to the organization’s extreme relief efforts immediately following the disaster in March 2011. 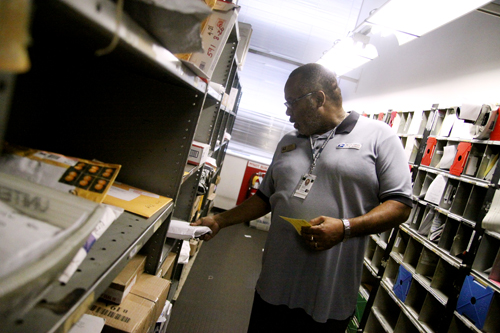 USPS may not renew lease, PSU Mail may step up services for students, staff

Many Portland State students and faculty may soon require a new method of getting their postal service needs met.

The University Station Post Office, located just a block away from campus at 1505 SW Sixth Ave., could very well be relocating or even closing down in the near future. USPS’s lease on the building is nearing its end (with a listed expiration date of “early 2013”), and questions abound over what could happen once the lease concludes.

On Thursday, Oct. 6, Portland State dodged a potential crisis thanks to the actions of a responsible student as well as a useful on-campus resource designed for just such a situation.

A student in Philosophy 416: The Rationalists, while engaged in a heated discussion with professor Angela Coventry, lost control and began to angrily shout at everyone in the room. A more serious situation seemed imminent: several onlookers felt that the altercation was about to turn physical.

Representatives from various organizations throughout Portland have recently discussed a proposal that would raise parking rates in the University District by 25 percent—from $1.60 to $2 per hour. Revenue raised from the fee increase would go toward on-campus improvements in the areas of transportation and public safety.

Portland State’s estimated benefit from the proposed rate hike would be approximately $300,000 annually.

Portland State students in search of emotional refuge are about to gain access to several new university organizations and services tailored to their needs.

Dean of Student Life Michele Toppe and her staff are instituting many additional student resources this fall. The majority of those resources were created to provide a safe place for students to share concerns or make the process of finding help simple and stress-free.