how to host a festive cocktail party

For many students, $30 has a lot of potential.An extra $30 could mean eating real vegetables or represent three happy-hour outings. In extreme cases, the entire fate of a friendship could rest upon an unpaid $30 debt.

How to host a festive cocktail party

For many students, $30 has a lot of potential.

An extra $30 could mean eating real vegetables or represent three happy-hour outings. In extreme cases, the entire fate of a friendship could rest upon an unpaid $30 debt. 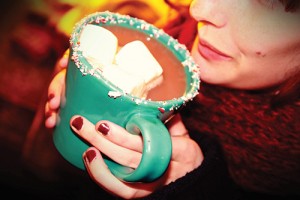 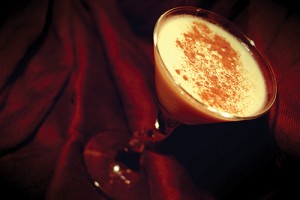 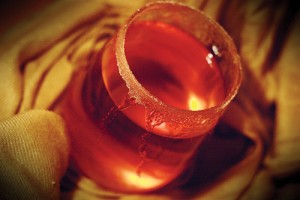 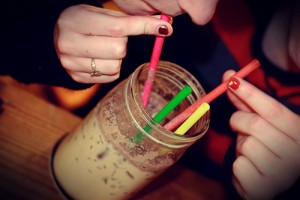 That $30, so seemingly insignificant, could be put toward the power bill or maybe even a new pair of boots. Because, you know, it’s cold, and your old boots are out of season.

Whatever meaning $30 takes on tends to become even more meaningful during the holidays. Gifts, parties, holiday joy—sure, it’s great, but doesn’t it all get a little expensive?

I’m fairly certain we’ve all entertained a similar vision of our future selves at one point or another—a future in which $30 is pocket change that can be set on top of a dresser and easily forgotten about.

When it comes to future holidays, personally I like to imagine myself in a chic, business-casual turtleneck sweater—the kind that says, “I’m classy and modest, but unlike many of my turtleneck brethren, I like to stay out past midnight sometimes.”

In this future holiday scenario, my chic turtleneck and I are parked on elegant, overstuffed furniture by the fireplace, chatting with other modestly chic 30-somethings over a fine holiday cocktail.

The cocktail in question would be something I mixed from my own well-stocked bar—a bar proudly boasting a variety of (at least) 30 bottles of liquor; a bar severely lacking in Hood River Distillers and Burnett’s, hallmarks of my college drinking career.

Alas, until that future arrives, me and my unchic, un-turtlenecked self will continue to do what college students do best: get creative and have a jolly time on a not-so-jolly budget.

This holiday season, take that $30—that precious $30—and throw a holiday soiree. Tack up some mistletoe, perhaps a string or two of lights. Trick your friends into thinking the festive holiday refreshments they’re sipping on cost more than three rolls of quarters. Give them a taste of their chic, future selves.
The latter may seem like a daunting task to accomplish with a measly $30, but with one $13 bottle of Pinnacle Whipped Vodka and an assortment of cheap, random items that total no more than $17, you’ll be churning out holiday cheer like Santa’s little elves.

To save you the bother of tending bar trial-and-error-style from home, I, with a little help (OK, a lot of help) from my friends, have compiled a list of four cocktails that will make your holiday season good and bright.

I’m going to come clean right now and let you know that, yes, one of my accomplices is a bartender.
But before you roll your eyes and start thinking, “Great, just another compilation of cocktail recipes that assumes I’m going to have five different kinds of liquor in my cabinet for a ‘splash of this’ and a ‘half ounce of that,’” understand we went bare-bones on this one, choosing one liquor that is versatile and tasty.

With literally nothing but $30 and my identification card in tow, we set out for ingredients.

After finding that the alcohol itself accounted for almost half the allotted budget, it became clear that we would have to be quite selective in our shopping.

With $17 to spare, the Christmas candy display seemed like a solid place to start.

Bah humbug! All we got out of that was a box of miniature candy canes.

After perusing the store in search of obvious essentials—hot cocoa powder, apple cider mix, etc.—this is the $17 shopping list we came up with:

The cool thing about this list is that, between a small group, some of you are bound to have a few of these items, making your trip to the store even cheaper!
Satisfied with the plethora of ingredients—or opportunity, if you will—we headed back to my apartment for a warm winter meal and the “Holiday” station on Pandora, laughing merrily as we mixed our cocktails in fine shakers.

Wait, that’s not right. Forgive me, I’m still in “future holiday” mode.
What we actually did was head back to my apartment, crank the heater and huddle next to it for a few minutes before throwing some dank homemade nachos in the oven, womping to the Pretty Lights discography as we worked.

By the end of the night, my kitchen looked like a frat house after a winning home game.
Okay, maybe a little dramatic, but there were a lot of nacho remnants and unidentifiable liquids amid the array of stacked and scattered dishes.

What I’m trying to say is: We had fun. We had fun holiday shenanigans for $30. And now, I’m going to share my secrets with you, so that you, too, may go forth and prosper this holiday season without having to call your parents for grocery money.

Peppermint schnapps in hot chocolate is so last season—and every other season before it. For this simple holiday delight that steps outside the box, grab a mug, line the rim with maple syrup and dip into crushed candy cane. Add 7 ounces of boiling water to 1 packet of hot cocoa mix and stir in 1 ounce of vodka. Plop 3 marshmallows on top and you’re already halfway to fancy. Kinda.

Many of us have kitchens lacking in martini shakers, but that doesn’t mean all your martinis have to be stirred. My creative bartender friend didn’t even flinch as she reached for a large mason jar to use as a shaker—and the end result was downright delicious. After melting the ice cream on the stovetop or in a microwave, pour all the ingredients into the jar (or makeshift shaker of your choosing), add ice and shake, shake, shake. Strain the liquid into a glass and sprinkle a little cinnamon on top if you have some.

I’m sure most of us have tried putting alcohol into hot cider at one point or another—sometimes successfully, other times not so much. Take my word on this one: Pinnacle Whipped Vodka in hot apple cider is the future. Grab a mug, line the rim with maple syrup (you’ve no idea the awesomeness this lends to the drink) and dip it in one packet of cider mix that has been dumped on a plate. Add 7 ounces of boiling water to the other packet of cider mix inside the mug and stir in 1 ounce of vodka.

This concoction was by far the most popular of the night. It’s also most likely the cocktail with the greatest hangover repercussions, because as you can see, that’s a lot of sugar. Pay no mind to hangovers to come, however, for communal coffee buckets bring people together, and that’s what the holidays are all about (as is recovering from hangovers). Melt both cups of ice cream on the stovetop or in a microwave and add them to a big mason jar with 1 packet of hot cocoa mix, 5 ounces of vodka, 4 ounces of water and ice. Shake it all up and stick four straws in the jar. After all, isn’t the season all about sharing and
caring?