WASHINGTON – President Bush nominated veteran judge Samuel Alito for the Supreme Court Monday, seeking to shift the judiciary to the right and mollify conservatives who derailed his previous pick. Ready-to-rumble Democrats said Alito may curb abortion rights and be "too radical for the American people."

Drawing an unspoken contrast to failed nominee Harriet Miers, Bush declared that the appeals court judge "has more prior judicial experience than any Supreme Court nominee in more than 70 years."

Abortion emerged as a potential fault line. Democrats pointed to Alito’s rulings that sought to restrict a woman’s right to abortion. Senate Judiciary Committee Chairman Arlen Specter, a Republican who supports abortion rights, said that Alito’s views on the hot-button issue "will be among one of the first items Judge Alito and I will discuss."

Alito’s mother shed some light. "Of course, he’s against abortion," 90-year-old Rose Alito said of her son, a Catholic.

Alito, 55, newly installed Chief Justice John Roberts, 50, and the more than 200 other federal judges Bush has pushed through the Senate could give the Republican president a legacy far beyond his two terms.

In a political twist, Republicans who helped sink Miers’ nomination rallied to Alito’s side. A leading Democrat who backed Miers led the attack against Alito.

"The Senate needs to find out if the man replacing Miers is too radical for the American people," said Senate Minority Leader Harry Reid of Nevada. A rare Democratic senator who opposes abortion, Reid chided Bush for not nominating the first Hispanic to the court.

"President Bush would leave the Supreme Court looking less like America and more like an old boys club," Reid said.

So consistently conservative, Alito has been dubbed "Scalito" or "Scalia-lite" by some lawyers because his judicial philosophy invites comparisons to conservative Supreme Court Justice Antonin Scalia. But while Scalia is outspoken and is known to badger lawyers, Alito is polite, reserved and even-tempered.

Given solid Republican support in the Senate – where the GOP controls 55 of the 100 seats – Democrats would have to filibuster to block Alito’s confirmation, a tactic that comes with political risks. Alito also enjoys the early support of conservative activists who used their sway in the Bush White House to derail Miers’ nominations.

The fight to nominate Alito, a judge on the 3rd U.S. Circuit Court of Appeals since 1990, is one step in Bush’s political recovery plan as he tries to regain his footing after a cascade of troubles – including the Iraq war and the indictment of the vice president’s chief of staff – rocked his presidency.

"The Supreme Court is an institution I have long held in reverence," said the bespectacled Alito, a former prosecutor and government attorney who has argued 12 cases before the Supreme Court, losing just two. "During my 29 years as a public servant, I’ve had an opportunity to view the Supreme Court from a variety of perspectives."

Miers had never been a judge.

Praised by Democrats when confirmed for a Philadelphia-based appeals court 15 years ago, Alito has staked out positions supporting restrictions on abortion, such as parental and spousal notification.

The jurist from New Jersey favors more restrictions on abortion rights than either the Supreme Court has allowed or O’Connor has supported, based on a 1992 case in which he supported spousal notification.

Bush called for confirmation by year’s end, but Senate leaders said the vote may wait until next year.

Wasting no time, Alito went to the Capitol shortly after the announcement to meet with lawmakers. Accompanied by two of his children and Senate Majority Leader Bill Frist, Alito paused first to pay his respects at the coffin of the late civil rights pioneer Rosa Parks in the Capitol rotunda.

Specter said he would not ask Alito directly about whether he would overturn Roe v. Wade, the landmark abortion rights ruling.

"There is a lot more to do with a woman’s right to choose than how you feel about it personally," he said. Specter cited adherence to legal precedent in view of a series of rulings over 30 years upholding abortion rights.

With no sign of irony, Republicans demanded that Alito get a vote in the Senate – something they denied Miers.

"Let’s give Judge Alito a fair up or down vote, not left or right," said Sen. John Thune of South Dakota.

Republicans who frowned upon Miers said Alito’s selection was in keeping with Bush’s promise to conservatives who helped elect him twice. "What I’ve been hoping for is we would get nominees with a paper trail so we can know their views," said Sen. Sam Brownback, R-Kan., a potential presidential candidate courting conservative voters. 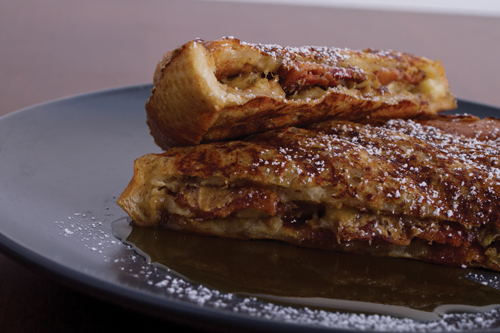 Uncle Sam versus the devil’s lettuce