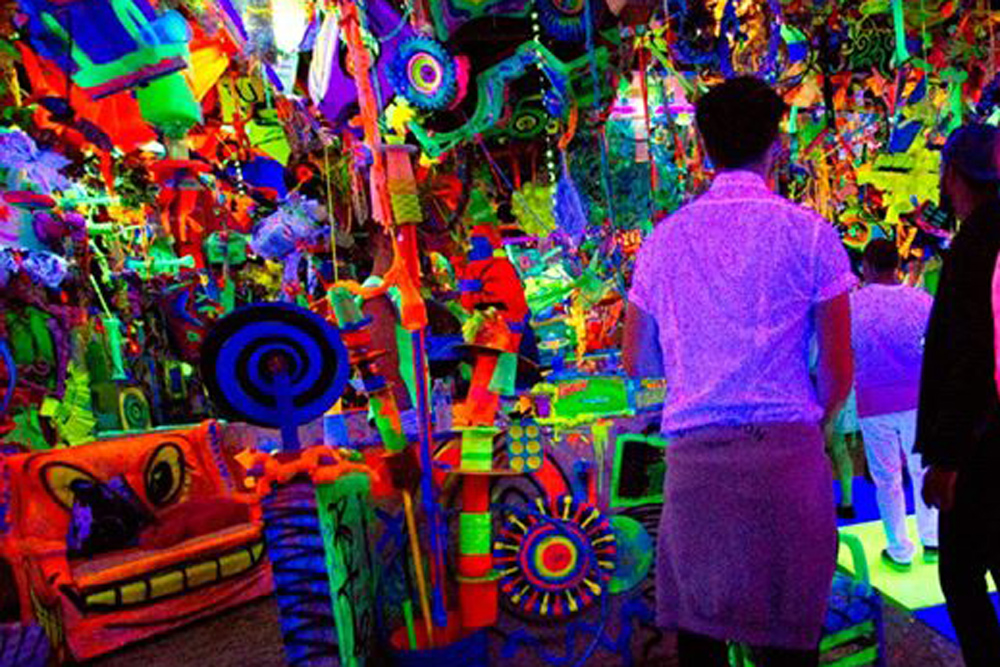 The work may be a fitting post-New Year’s Eve piece of art. At first, it looks like an urban dance club’s alleyway the morning after a big ‘80s party. And that’s probably the point. Scharf is known for this kind of pop surrealism and was an influential figure in the 1980s New York City art scene.

“I love it. All of the special exhibits at PAM are amazing, and this is kind of the coup de grâce,” Olsen said. “This is the dessert. I always tell everyone it’s the cure for depression. Every city should have one of these cosmic caverns set up for people to go to and cure seasonal affective disorder. It’s amazing.”

“You can pick things up, you can touch stuff, you can lay down,” Weil said. “You suddenly forget that you’re in a museum, and it’s a fun party room.”

From the outside, one approaches a free-standing structure made of wood strewn with a random assortment of disposable goods, such as dirty and broken toys (most notably a Disney-princess kitchenette), a sports trophy, cheap party decorations, electronic parts, a single flip-flop, and plastic green produce baskets. Amid the waste prominently sits a VHS cassette tape of the documentary This is What Democracy Looks Like.

Inside the constructed party room, one is immersed in a black-light neon bath, as more repurposed consumer products have been spray-painted and fixed to every inch of wall surface.

Worn-out disco balls and plastic-cup chandeliers hang from the ceiling. Jimi Hendrix croons from a boom box. A pool recliner and beanbag chairs invite people to sit and reflect on the possible meanings of each chosen item. Lava lamps melt, and shards of mirror are peppered among the kitsch collage, giving viewers a brief glimpse of themselves among fake flowers, a dangling hub cap and an old coke bottles.

“There’s no wrong way to experience it either,” Olsen said. “You can’t intellectualize that.”

Lizzy Melton, a visitor from Seattle, also enjoyed the Cosmic Cavern, but almost against her will.

“I loved it. I anticipated hating it; I’m not a big pop-art fan. I normally find it really vacant and vapid,” Melton said. “But once I went in, I kind of didn’t want to leave. It’s nice in there. The music is great!”

However, she found a great deal to intellectualize about the piece.

“It’s a comment on how disposable everything is these days and how much we get rid of and how much stuff we generate,” Melton remarked. “So it’s nice seeing stuff that might otherwise get thrown away get turned into something that provokes thought.” 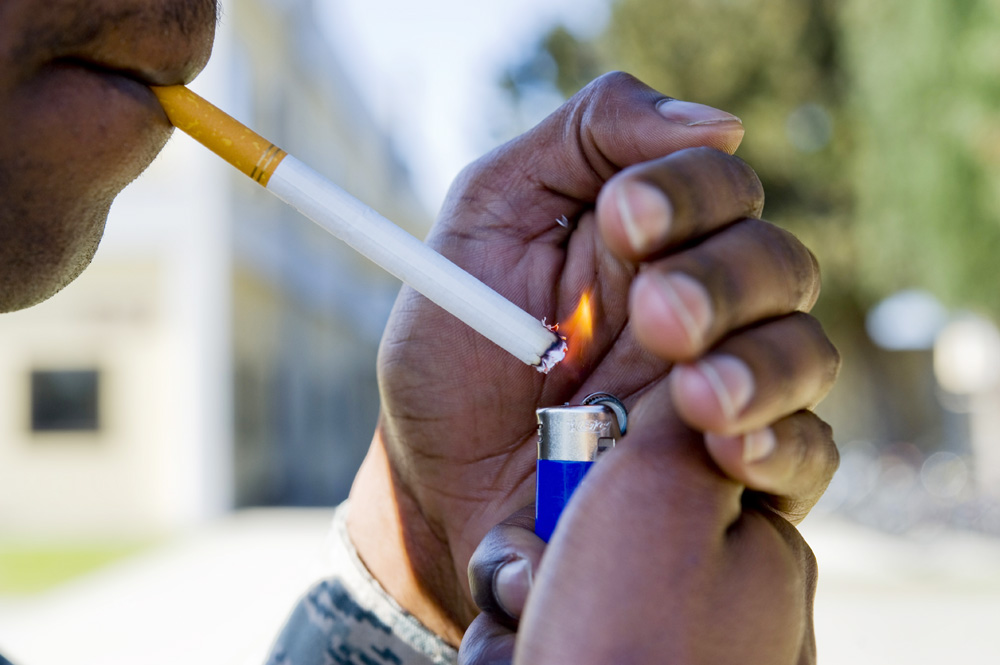 The road that lies ahead

This ain’t your mama’s Police