The last decade has been characterized by an increasing tendency among elected officials to trumpet their religious affiliations as a sort of badge, especially in the years of Bush, the lesser’s ascendance. Proudly emblazoned with their religious allegiance these politicians defy one of our nation’s most venerable traditions: the separation of church and state. This kind of public contempt for one of the pillars of our society is disturbing to say the least and unfortunately, this twisted atavism is on the rise.

Dubya has emerged as the poster boy for these interests, having found that the supposed force of the “youth vote” has been easily dominated by the Bible vote, the so-called “moral majority.” When you see Bill Frist’s face fifty feet high on a church jumbotron in Louisville, Kentucky, whipping the faithful into an orgiastic fervor over some pet bill, it’s time to start paying attention to what’s going on. It’s time we are at least a little concerned, because this brand of “Americhristian” bullshit is growing legs.

It’s hard for me to hear the same people who argued so vociferously against gay marriage bitching that their rights are being stifled by the affront of the Ten Commandments not being hung on classroom walls or displayed in front of Dixieland state courthouses. It’s hard for me to take seriously the cries of the “oppressed” when these same downtrodden masses seem to make up the majority of our legislative bodies at local, state and national level.

With this in mind, I decided to look around a bit and see just what was said about the separation of church and state back in the day. Maybe I’d just assumed it had been canonized in our legal documents, like how people mistakenly assume “spare the rod, spoil the child” comes from some bent corner of Leviticus.

It took about twenty seconds to find my way to the Establishment Clause, the First Amendment of the Unites States Constitution, which says, “Congress shall make no law respecting an establishment of religion, or prohibiting the free exercise thereof.”

The phrase “separation of church and state” itself, as well as a compellingly precise elucidation of the implications of such, comes from a letter written by Thomas Jefferson in January of 1802, where he writes, “I contemplate with sovereign reverence that act of the whole American people which declared that their legislature should make no law respecting an establishment of religion… thus building a wall of separation between church and state.”

Wow. Quite a contrast with the actions of our current administration, whose active support of the overwhelmingly Christian-flavored National Day of Prayer (legally established as the first Thursday of May) was in no way mitigated by Dubya’s lame disclaimer concerning the “freedom to pray as you wish, or not at all.”

The fact that there was any White House gathering at all in acknowledgement of this celebration, a celebration defined by the people who promote it as being limited to those who “share the Judeo-Christian heritage” is an affront not only to those 30 million Americans who declare no religious affiliation whatsoever, but to any who happen to worship outside of churches or synagogues.

It’s time we stop turning a blind eye when politicians openly pray on courthouse steps. It’s time we remember how shockingly inappropriate – and un-American that is. In no way is it the place of an elected official to lead his or her constituents in prayer, regardless of the circumstances. We can’t afford to breed theocracy, nor can we allow fundamentalist Christian philosophy to inform the decisions of government officials of any stripe.

If there is a real enemy here, any trend or tendency that carries real risk to the future of a just and legitimate America, it is this tide of fundamentalism.

Or have we forgotten just what sort of philosophy savaged the minds of the young men who turned airplanes into guided missiles and killed thousands in New York City four years ago? Has it been so long?

Vikings win at home against Lumberjacks 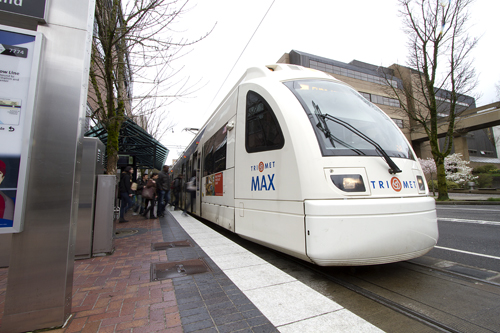