About midway through Astoria, Ore.’s best-known export, “The Goonies,” a diminutive Sean Astin, tired of bullies and developers, makes the decision to follow his dreams. From deep underground he proclaims, “Because it’s their time. Their time! Up there! Down here, it’s our time. It’s our time down here.”

To millions of socially oppressed nerds, that line has represented a chance to shine, a chance to overcome the roles forced on them by society and succeed at any cost. For Astoria, the phrase should be on every official document and sign, etched just below the city seal, because the coastal town that time forgot is finally coming into its own, and what was once a small-time working-class port at the mouth of the Columbia is quickly becoming a cultural center. And nothing indicates that more than Lunar Boy Gallery.

Owned by ex-Disney Imagineering, Universal Pictures and Sony Retail designer Troy Winterrowd and illustrator/designer Jimmy Pickering, Lunar Boy doesn’t quite fit in Astoria, yet. The subtle modern storefront seems almost too mild for the quirky commercial district that is downtown. Its clean lines and understated lettering seem to disappear between the potpourri of craft shops, discount stores and bakeries. Inside, the gallery has a sense of professionalism unique to the DIY aesthetic that seems to permeate even the most urbane Astoria outlets. From the beautifully maintained mid-century fixtures to the beautifully rendered logo and the seamless glass and wood counter, Lunar Boy would feel overtly professional even in the pretense of the Pearl, much less the quaint drizzle of the coast.

As a boutique, Lunar Boy is spectacular in decision and design. The combination of kitsch-driven modernism and design books is spot on. And the goods, a combination of handmade objects, clothing and jewelry from national and community designers, as well as handpicked manufacturers, adhere to the bird and cherry blossom aesthetic that would place them among Portland’s best selections. There is an extensive assortment of both adult and children’s toys, leaning heavily on the Tim Burton, Edward Gorey goth-cute movement, and of course a solid selection of “Goonies” memorabilia.

As a gallery, Lunar Boy owes as much to its layout as to its roster of artists. A series of freestanding walls break the small room into a series of independent spaces, each dedicated to a different artist from the Lunar Boy lineup, a rotating list of national artists and illustrators. Aesthetically, the represented artists betray Winterrowd and Pickering’s design past. Angular, cute works by Pickering hang side by side with devious takes on mid-century Disney and Chuck Jones by Brett Blevins and the Yoshitomo Nara-meets-Jen Corace paintings of Kathe Olivias. In fact, the whole roster of Lunar Boy artists run the gamut of illustrative trends. From the warm metals of Brian Despain’s melancholy robots, to the creepy cute statues by Chris Bivins, to the New Yorker-worthy illustrations of Andy Sklar, the works share the common element of exquisite professionalism. Especially coming from Portland, where disobedient art is birthed from music, skateboards and comic books, and DIY will always be God, to see a collection so masterfully rendered and forcefully lowbrow was a shock. And to be certain, much of the work relies too heavily on Shag-esque palettes and kitsch, and the featured “Pink Elephant” booze-themed group show was saccharine on canvas, but there is no denying that Winterrowd knows how to pick artists.

It’s our time up here, Portland, with our seemingly endless pool of talent and reasonable cost of living, a city flooded with brilliant art and design. But 90 minutes away, where the Columbia meets the sea, it’s Astoria’s time down there. Get in while you can because with people like Troy Winterrowd and Lunar Boy leading the charge there won’t be pirate gold left for long. 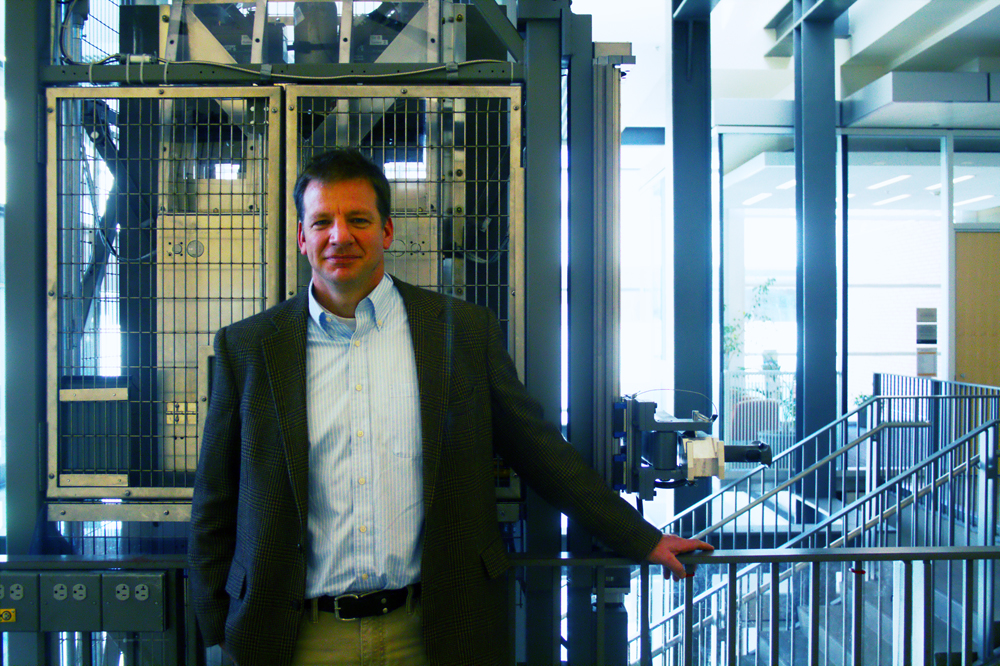