A loss of $7,473 was estimated by the owner of a vehicle thatwas broken into through a window about 10 a.m. September 9. Thevehicle was parked in Parking 3.

About 9:20 a.m. September 7 it was discovered that an unattendedelectronic dictionary worth $200 was stolen from a classroom inCramer Hall.

A laptop computer worth $1,300 was stolen from a desk inNeuberger Hall some time on August 31.

A tool pouch and tools were removed from an unattended car in ahallway of SMSU about 10:15 a.m. September 9. The loss wasestimated at $200.

A bike rack at the Extended Studies building yielded a securedbicycle to a thief about 7 a.m. September 9. The value was notestimated.

Items worth $560 were taken from a locked vehicle in a campusparking lot about 1:30 p.m. September 9. A vehicle in Parking 1gave up a $180 stereo to a breakin thief about 8 a.m. the sameday.

A vehicle in Parking 3 was forcibly entered through a window atabout 11 p.m. September 9 and items valued at $245 were taken.

Mixed misdeeds
Officers received a complaint at 3 p.m. September 3 in SmithMemorial Student Union that a subject believes her ex is harassingher. The matter was referred to internal handling.

A short in an espresso maker in use in SMSU was foundresponsible for a fire alarm shortly after midnight September7.

A verbal trespass warning was issued to a person reportedlytouching himself in Millar Library about 2:30 p.m. September 6.

Officers had to give a subject a criminal trespass warning afterdiscovering the subject trespassing on the University Honorsbuilding at 6:10 p.m. September 8.

A complaint that a subject was intimidating Metro employeesresulted in officers issuing a verbal trespass warning to thesubject off campus at 12:30 p.m.. September 9.

Arrested Developments
Joshua Glaese, 21, was transported to the Multnomah CountyDetention Center after his arrest at 1:25 a.m. September 6. He hadoutstanding warrants for failure to appear on charges of offensivelittering and indecent exposure.

A warrant on a charge of unlawful entry of a motor vehicle wasserved on Leonard Ellis, 29 just after midnight September 10. Thewarrant was for a charge not on the campus.

Housing hassles
Someone broke a chain-link fence to gain access to a universityhousing facility at about 7:30 p.m. September 7. The incident wasclassified as criminal mischief.

Officers received a report from university housing at 9:30 p.m.September 9 that people were carrying a light pole down the street.The matter was referred to internal handling.

Also to be internally handled was a citation for a minor inpossession of alcohol and giving a false name to a police officer.An Oregon Liquor Control Commission violation citation wasissued.

Pre-health advisers to be laid off in June 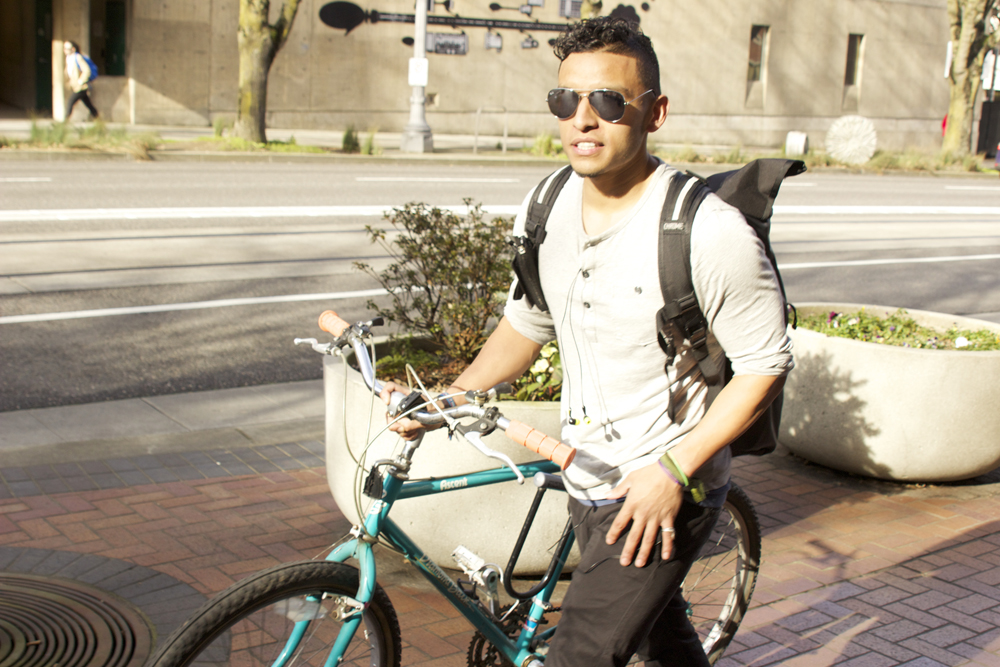 Pretty pianos from a forlorn folkster