Officers apparently solved a string of burglaries and thefts at 3:30 a.m. July 1 when a burglar forced open an apartment door in a College Housing Northwest building, only to be confronted by the resident.

The arrest of a non-student, John Jensen, 28, revealed outstanding warrants for absconding, theft and contempt.

He acquired a miscellany of new charges for burglary, multiple theft, forgery and criminal mischief, and was transported to jail.

A thief took a secured bicycle from a bike rack near Cramer Hall about 9:45 a.m. June 30, for a loss of $895. The front tire and lock were secured to a pole and left behind, but the rest of the bicycle went missing shortly after midnight on June 16. There was no estimate of value.

Three CDs were stolen from a locked studio in the Art Building about noon on June 27. They were valued at $75.

A locked bicycle worth $430 was taken from a bike rack at Southwest 10th Avenue and Montgomery Street about 6:45 a.m. July 3.

A suspect observed sitting in the bushes at the southwest corner of Hoffman Hall at 7:45 a.m. July 10 attracted officers because the smell of marijuana was present. The suspect was observed to be in possession of a glass pipe. There was no arrest but the case was referred to Student Conduct.

Reports of three smoldering areas in a playground on campus brought the fire department to douse the areas at 5:30 p.m. June 28. The smoldering occurred in bark dust on the playground, located between Southwest College Street and Southwest Jackson Street across from the Park Plaza apartments.

Sleeping under blankets at the front entrance of a College Housing Northwest building proved an unlucky decision for Wilder Horsley, 45.

A records check showed he was on probation and his probation officer was looking for him. He was transported to the Multnomah County Detention Center.

Several items found lying on the ground outside a College Housing Northwest building at 5 a.m. July 6 were determined to have been thrown from the ninth floor.

Officers questioned Steven S. Garcia, 20, who admitted throwing the items out a window. He was cited for reckless endangering and criminal mischief and was escorted to the detention center.

Growing by leaps and bounds 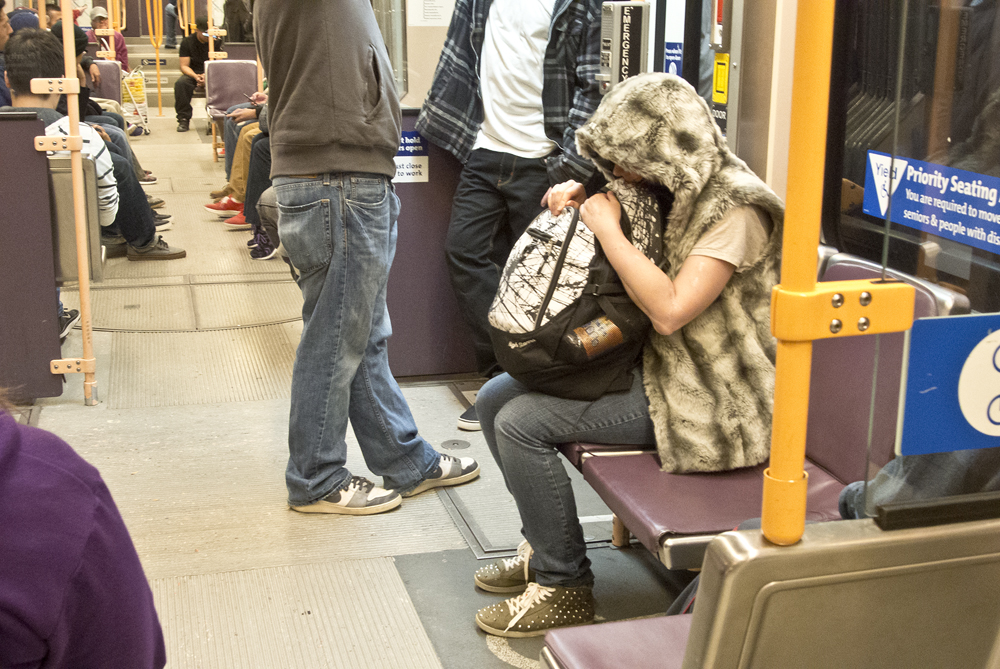 Hell is other passengers