Arrest
Millar Library
Officer Gregory Marks advised Officer David Troppe that non-student Jonathan Crump, who had been excluded two hours prior, was in front of the building at 7:49 a.m. Officer Troppe arrived and gave Crump several opportunities to leave campus, which Crump refused. Crump was placed into handcuffs and transported to Multnomah County Detention Center. Enroute to the jail, Crump started tensing up, going up and down in the seat and acting violent. Jail medical staff would not take Crump into their custody as he was having an agitated chaotic event, which may have been caused by his earlier use of methamphetamine. Medics arrived at the jail and gave Crump several injections of sedatives. He was then transported to a local hospital, where he was issued a citation in lieu of arrest for criminal trespass II.

Unlawful Entry into Motor Vehicle
Parking Structure Three
At 10:35 p.m. Officer Troppe and Officer Peter Ward were dispatched to a report of a vehicle break in. Officers contacted a student on the second floor whose truck had a rear passenger window broken and reported a black Dakine backpack stolen. The student reported that the vehicle was parked May 19 in the morning and the damage was found May 20 at 10:30 a.m.

Arrest
Cramer Hall
Officers Troppe and Ward were dispatched to a welfare check on a male who was passed out at 1:07 p.m. On the south side of the building officers contacted non-student Aaron Johnson who had a prior PSU exclusion. Johnson had a cooker with a solid chunk of heroin sitting next to him on the bench. Johnson was arrested for unlawful possession of heroin, criminal trespass II and on a probation violation detainer that his probation officer issued. Johnson was transported and lodged at Multnomah County Detention Center.

Unlawful Entry into Motor Vehicle
Art building parking lot
At 4:54 p.m. Officer Baker was flagged down by non-student Wesley Petersen who stated sometime between 1:30 p.m. and 4:45 p.m. the passenger window on his vehicle was broken out and a tan and grey duffle bag with $2000 worth of clothing was taken.

Arrest
Neuberger Hall
Officer Baker and Officer Brenton Chose noticed non-student Gilbert Rodgers loitering near the building at 7:54 p.m. Officers engaged Rodgers in conversation and obtained his name and date of birth. After breaking contact with Rodgers, it was discovered he had an outstanding felony warrant. Officers caught up with Rodgers at Southwest Market Street and Park Avenue, at which point Rodgers attempted to elude officers by running approximately 200 feet before stopping. Rodgers was taken into custody without further incident and consented to a search of his backpack, which located a large fixed blade knife and a bindle of heroin. Rodgers was lodged at Multnomah County Detention Center for unlawful possession of heroin, carrying a concealed weapon, and the felony warrant. He was also issued a PSU exclusion.

Arrest
Hoffman Hall
At 12:15 a.m. Sergeant Robert McLeary contacted non-student Troy Paul Gayral (who had a prior exclusion) charging his iPod on the north side of the building. Gayral was issued a citation in lieu of arrest for criminal trespass II.

Theft
Peter Stott Center
Officer Gary Smeltzer received a theft report from a student at 3:44 p.m. The student stated clothing was stolen from his locked locker in room 115. Property was locked in the locker at 9:30 a.m. and when the student returned at 3:30 p.m. the clothing was missing.

Arrest
Parking Structure One
Officer Chose and Officer Chris Fischer observed two people in the northwest stairwell of the third floor. Non-students Shane Early and Diane Monson fled on foot and Officer Chose, Officer Brian Rominger, Officer Jon Buck and Sergeant McLeary gave chase. Monson was located on the basement level hiding under a car next to a dirty cooker and loaded syringe filled with suspected heroin. Early fled westbound and hid within a group of students at the smoke shack south of Smith Memorial Student Union, but was later apprehended near the Simon Benson House. In Monson’s possession was a large metal pry bar and a window punch suspected to be used to unlawfully enter vehicles. Early and Monson were both on probation for methamphetamine and detainers were issued by both of their probation officers. Early had a prior PSU exclusion and Monson was issued a PSU exclusion. Both were arrested for criminal trespass II and on the probation violation detainers, and lodged at Multnomah County Detention Center. No further information available.

Criminal Mischief
Smith Memorial Student Union
Officer Fischer received a report from the janitorial manager that at 3 a.m. the cleaning staff informed him of damage to the door to room 107K. The door had significant damage and it was unknown if anything was taken.

Arrest
Lincoln Hall
At 9:02 a.m. Officers Troppe, Ward and Marks were on foot patrol in the basement when they located non-student Glenn Towne sleeping on a bench. Officer Troppe woke Towne, who did not want to identify himself and pushed Officer Ward out of the way as he was trying to leave. After a minor struggle, officers were able to handcuff Towne. Sergeant Joe Schilling arrived and he, Officers Ward, Marks and Troppe then used force to restrain Towne and get him on the ground and apply a hobble to his ankles. A search of Towne discovered a pill bottle with six baggies of marijuana. Towne was charged with unlawful delivery of marijuana, criminal trespass II, disorderly conduct II and his probation officer issued a probation violation detainer as well. He was also issued a PSU exclusion. Towne was transported and lodged at Multnomah County Detention Center, where he attempted to fight again and was put into an isolation cell by jail deputies.

Arrest
Lincoln Hall
Officer Buck and Sergeant McLeary responded to a report of a male subject sleeping in room 247 at 3:30 a.m. Officers contacted non-student Alan A. Hakimoglu who had a current PSU exclusion. Hakimoglu was arrested for criminal trespass II and lodged at Multnomah County Detention Center.

Theft
Joseph C. Blumel residence hall
At 5 p.m. Officer Chose received a report from a student who stated his bike was stolen from somewhere around Blumel. The student stated he couldn’t remember if he locked his bike outside Blumel or inside his apartment.

Arrest
University Place Hotel
Officer Chose and Sergeant McLeary responded to the restaurant in the hotel on a report of two suspects who did a “dine and dash” at 8:54 p.m. Officers contacted non-student Renae Stoltz walking away from the hotel. Stoltz had a valid PSU exclusion and was issued a citation in lieu of arrest for criminal trespass II and a new PSU exclusion.

Arrest
Smith Memorial Student Union
While Sergeant McLeary and Officer Chose were contacting Stoltz, a report was received of an intoxicated male causing a disturbance in Smith Memorial Student Union. Officers Buck and Rominger arrived and contacted non-student Timothy Garside, who witnesses confirmed was the suspect of the disturbance. Garside had pushed a giant metal eagle statue onto a female student, causing scrapes to her arm. Garside was also determined to be the other party from the “dine and dash” call, and had a valid PSU exclusion. Garside was arrested for criminal trespass II, theft III, disorderly conduct II, criminal mischief III and reckless endangering of another person. 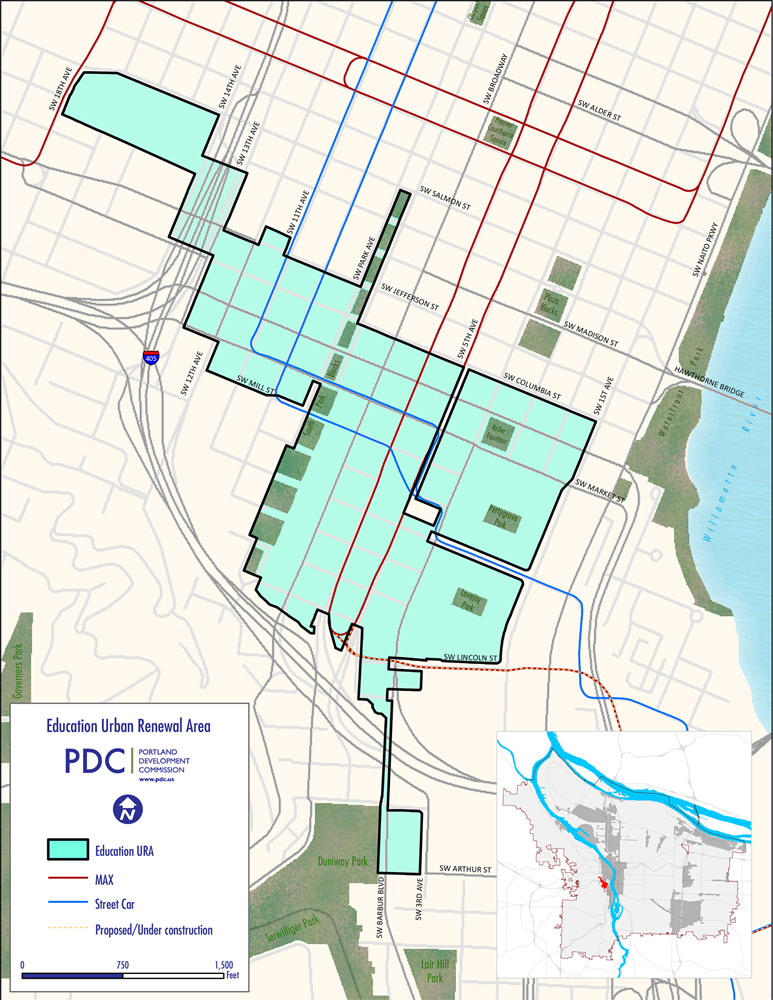 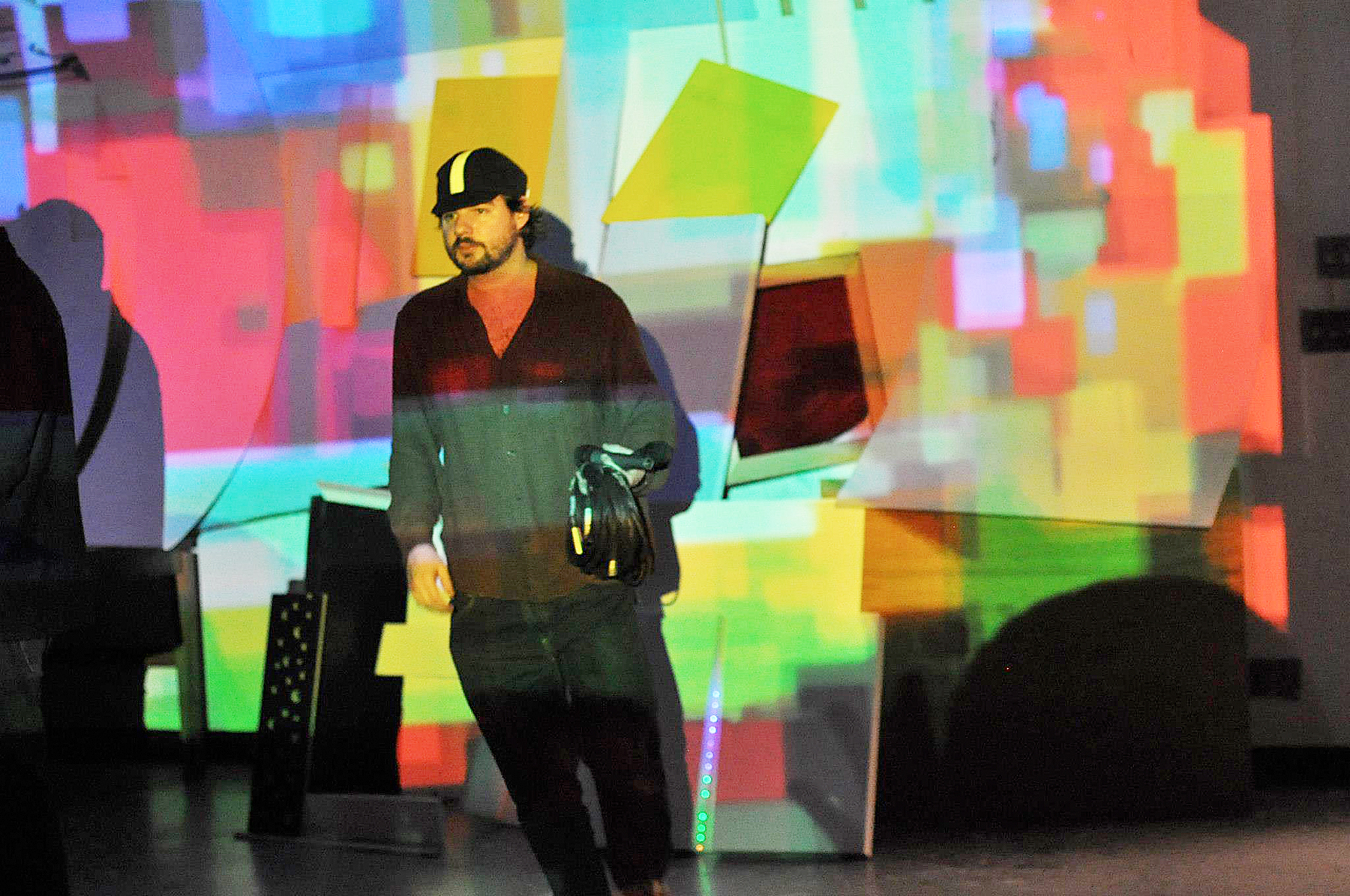