The 14th Dalai Lama, Tenzin Gyatso, ended his stay in Portland after the “Dalai Lama: Environmental Summit” event Saturday afternoon, where he shared his beliefs about universal responsibility, compassion and the problems facing our future.

The 14th Dalai Lama, Tenzin Gyatso, ended his stay in Portland after the “Dalai Lama: Environmental Summit” event Saturday afternoon, where he shared his beliefs about universal responsibility, compassion and the problems facing our future.

The day-long event, hosted by Maitripa College, the only Tibetan Buddhist college in the Pacific Northwest, took place at the Veteran’s Memorial Coliseum in North Portland. The events focused on the environmental problems our planet faces.

Beginning at 9:30 a.m., the Dalai Lama sat down with a panel of environmental and political leaders to discuss global environmental issues. The nearly full coliseum was engrossed in the discussion led by David Miller, the host of the OPB daily radio show Think Out Loud.

The panel consisted of David Suzuki, an award-winning scientist and environmentalist; Andrea Durbin, the executive director of the Oregon Environmental Council; and Oregon Gov. John Kitzhaber.

The Dalai Lama (whose sense of humor shined through the otherwise somber subjects) joked that while he had been able to escape from his home of Tibet to India, when our planet deteriorates we will not be able to escape so easily. Laughing, he added that the moon doesn’t seem very hospitable.

The group moved on to discuss carbon dioxide in the atmosphere, heavy deforestation, overpopulation, the wealth gap and under-regulated chemicals in food and water.

“We have passed too many tipping points to go back,” Suzuki said of the condition of our planet.

The problem, he explained, is that “for 99 percent of existence, we knew we were embedded in nature and our existence relied so heavily on nature.” He offered as examples the hunter gathers and farmers of previous centuries.

“In the past 100 years, there has been a huge shift from agricultural farm life to the big city,” Suzuki said. “Our highest priority is our job.”

All members of the panel agreed with Suzuki that as a society we have lost sight of our priorities.

Suzuki and Kitzhaber both explained that fear of the cost of addressing environmental issues has led to a very slow rate of action.

“We elevate our economy above the environment which sustains it,” Suzuki said.

Kitzhaber proposed that an economy that more accurately addresses and values environmental damage would be part of a solution. The world needs an economy that both works within the confines of the world’s resources and moves everybody up, he said.

“We need to change our relationship to consumption,” Kitzhaber said.

The Dalai Lama said that in an efforts to do his part to protect the environment he never leaves the room without switching off the light and always takes showers rather than baths.

“Initiative must start from the individual. It helps if each of us do something to make a contribution,” he said.

However, all members of the panel insisted that, while individual efforts are important, it is political action that is needed.

“So often I hear people say, ‘I support the environment, but I am not an environmentalist,’” Durbin said. She explained that the politicizing of environmental issues has damaged efforts to prevent further harm to our planet.

“Lets find a shared platform of agreement and build on that,” Suzuki suggested, saying that the need for clean air and water is a basic human necessity that cannot be denied.

“Air should be every community’s priority. Same with water. If we can’t agree that those two things are our most basic needs, then it is hopeless,” Suzuki said.

After a lunch break, the Dalai Lama returned to address the public for another hour and a half. The discussion, led by Academy Award-nominated director Darren Aronofsky, focused on the importance of compassion, love and affection. Following the Dalai Lama’s initial public address, questions pulled from Twitter were posed by both Aronofsky and Anthony Kiedis of the band the Red Hot Chili Peppers.

In the discussion, the Dalai Lama defined love and kindness as the wish for others to be happy. “Compassion,” he said, “is genuine sense of concern.”

And in order to practice compassion, the Dalai Lama said that “we need practice of tolerance and forgiveness.”

He also insisted on the importance of affection, especially in the early years of a child’s life. “Affection brings energy and tireless efforts.”

At the end of this final address, every member of the audience participated in the traditional offering of the khata, or ceremonial scarf, to the Dalai Lama. Throughout the address, the white ceremonial khatas had been distributed to make for a grand, final “thank you” as he exited the stage.

In keeping with events hosted in the Dalai Lama’s honor, finance and expense details were made public. Of the $850,000 taken in from a Thursday event at the University of Portland and Saturday’s event, $300,000 will be donated to several charities and causes, including a 30 percent donation to the Maitripa College. The remaining $550,000 will reimburse expense costs. 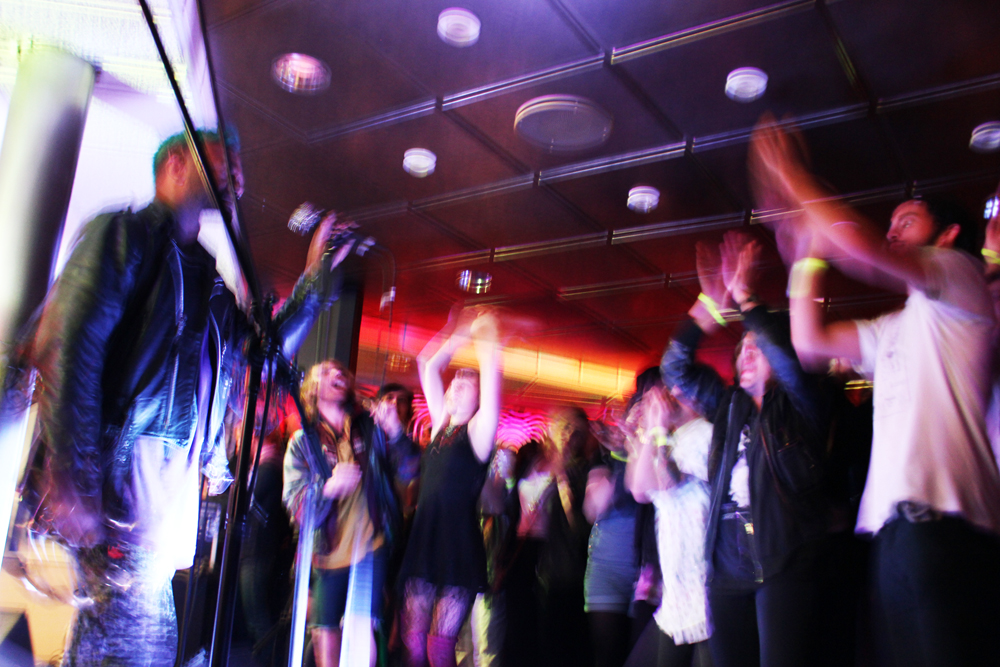