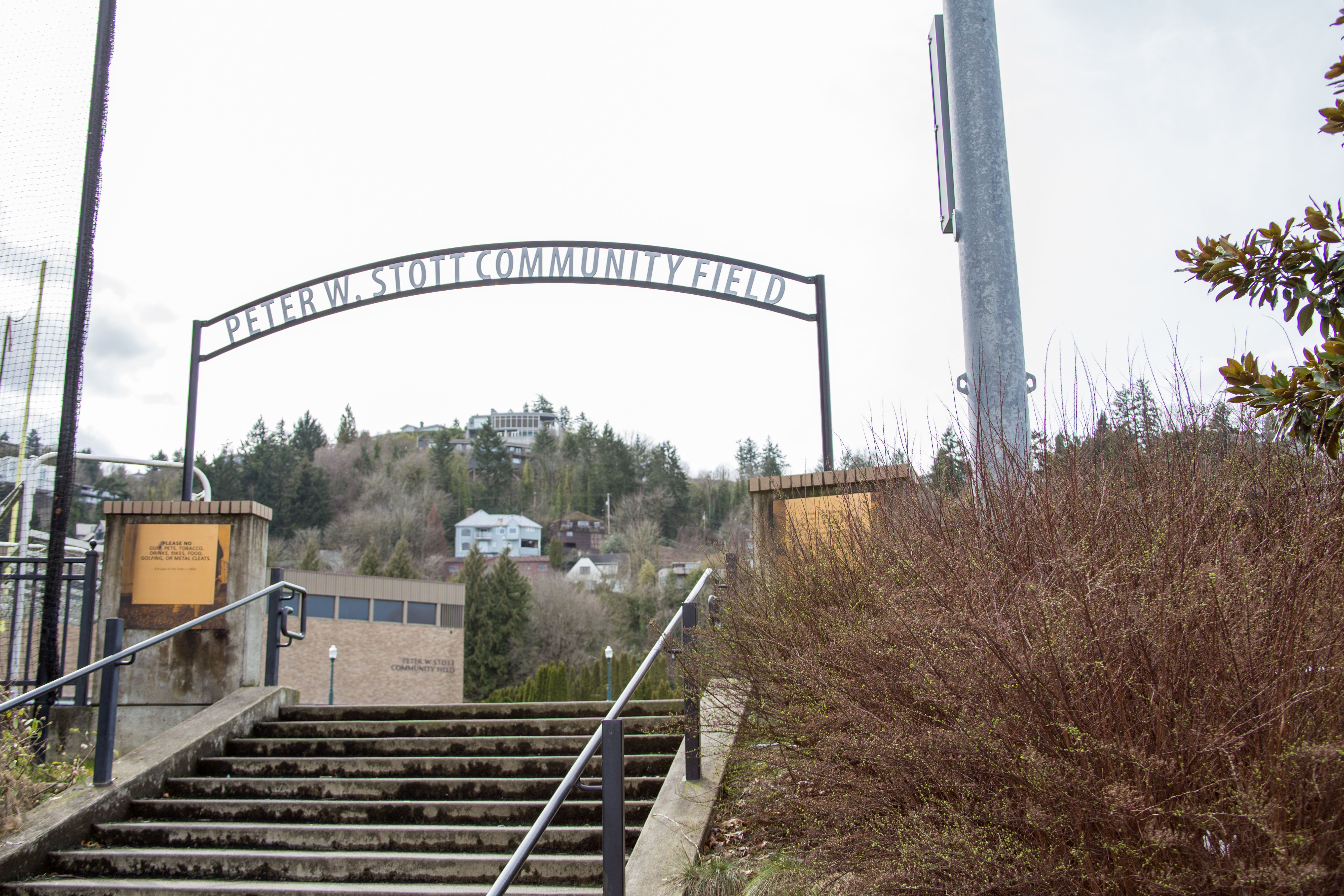 As the Spring Quarter begins at Portland State, approximately 28,000 students search for creative means of financing their education and covering the expenses of another tuition bill. Every quarter, students are charged fees above and beyond their cost-per-credit tuition, the largest of which is the Student Incidental Fee.

When PSU published its 2018 “Incidental Fee by Category” report, the Vanguard was interested in finding out how much students know about the hundreds of dollars they pay each quarter for the incidental fee and whether or not they know where their money is going. The results of our inquiry were astounding.

Do you know what you’re paying for?
The Vanguard conducted an unscientific poll using both our Facebook page and personal interviews on campus to survey students. The poll asked three questions and sampled 100 students at random. The questions and results were as follows: 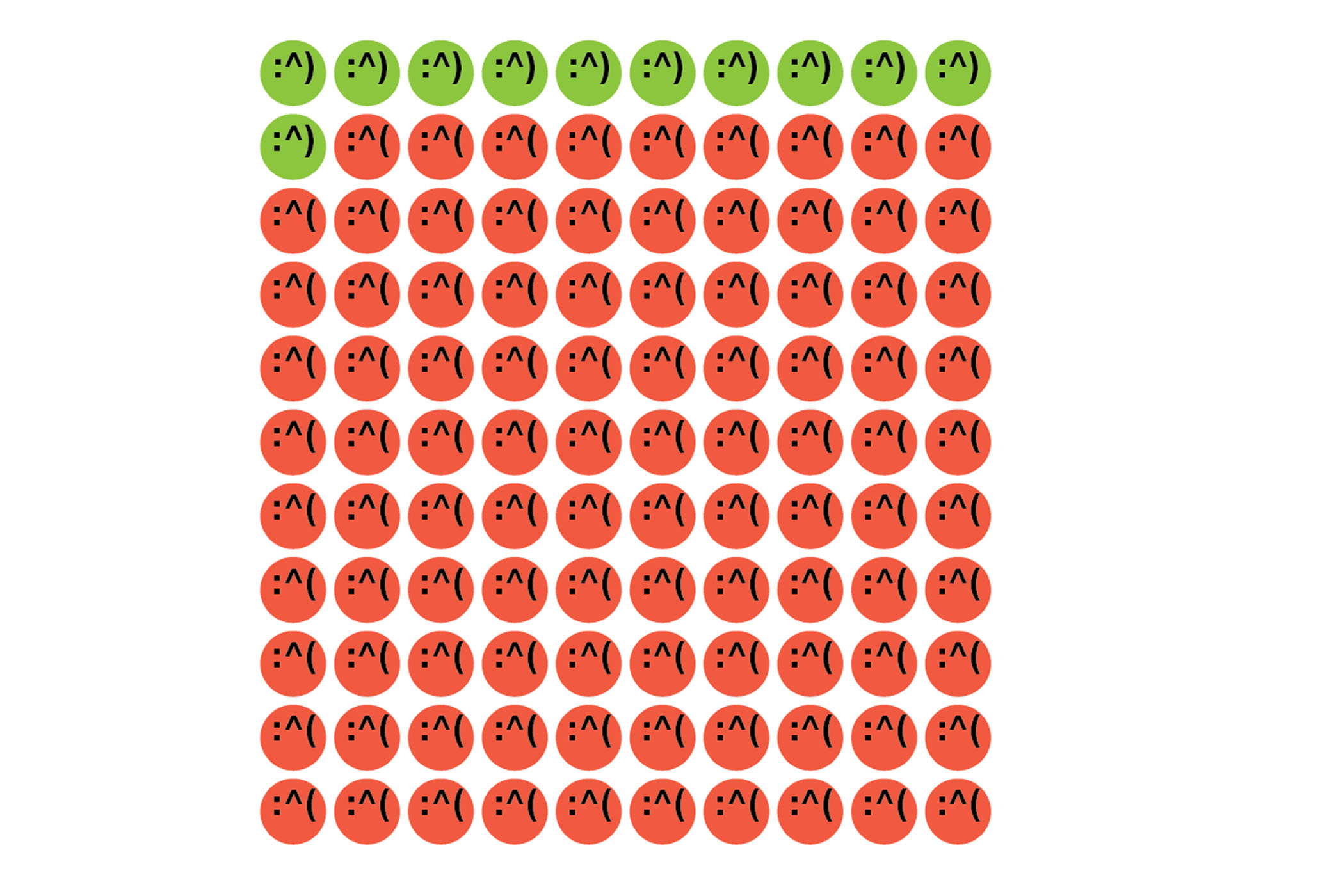 2. Do you agree with 23 percent of your Student Incidental Fee funding PSU Athletics? 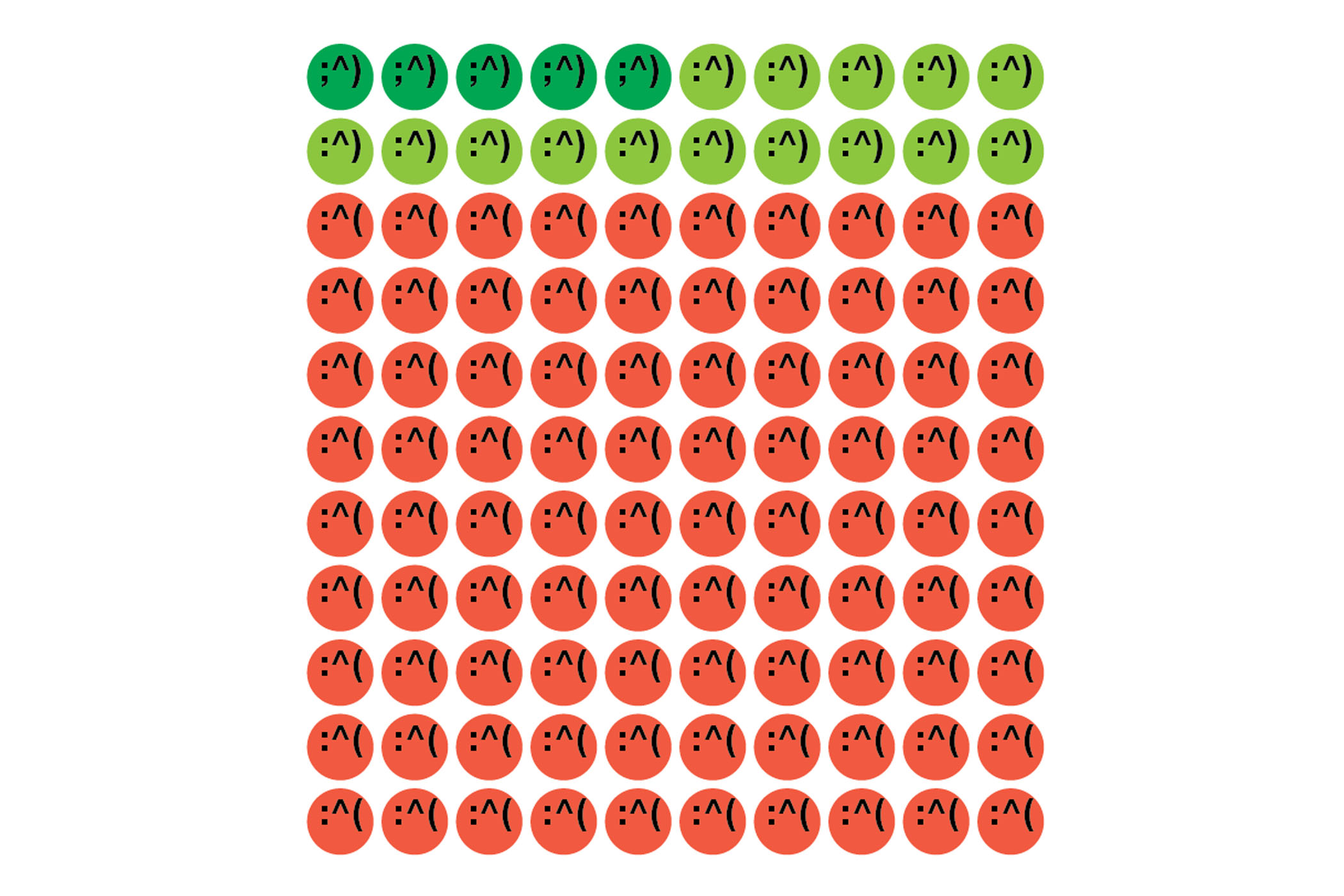 What is the Student Incidental Fee?
“I have looked it up in our student policy handbook,” said PSU history major Jeremy Maly. “I have been to accounts payable. I’ve looked for a straight answer. I’ve uncovered every stone, and it’s still not clear to me what I’m paying for.”

The vast majority—89 percent of students polled—did not know what the incidental fee is or how much it is. According to businessdictionary.com, an incidental fee is “used to make up for a budget shortfall or to fund particular projects. Incidental fees are often associated with college tuition expenses and are used to pay for services other than instruction. The small fee is levied on students and is collected along with tuition.”

The PSU Student Incidental Fee for the 2017–18 academic year will be $238 per term for full-time students, excluding the summer term. The Student Fee Committee, composed of a seven-member elected student body as part of student government organization Associated Students of PSU, then allocates the money to various student groups and organizations on campus.

The incidental fee at PSU is used to fund programs beneficial to students, such as the Women’s, Multicultural and Queer Resource Centers, Student Legal Services, Student Media, the Food Pantry, Fifth Avenue Cinema, and various other student groups, clubs, and services on campus.

At PSU, Athletics is by far the largest fee-funded area, receiving 23 percent of all incidental fee dollars—over a million dollars more than the second largest FFA, Campus Rec. If you attend PSU full time for three quarters of the year, you pay $164.22 toward PSU Athletics.

Paying for athletics programs via SIF is not unique to PSU. University of Oregon students pay an I-Fee, which is divided up among student organizations in a similar manner to that of PSU’s. Oregon State students also pay an incidental fee.

“I’ve always wondered what some of the fees were and where [the money] went,” said PSU business and human resources major Alexander Archield.

While students’ overwhelming unfamiliarity regarding the incidental fee does not mean areas funded by the fee are not well used, it does portray a lack of clarity in both university communication and student body politics.

Athletics at PSU
As an urban, commuter campus dedicated to issues such as community and sustainability, PSU rather decidedly does not have a sports-oriented school culture. In fact, our poll expressed a 58 percent majority of students feel that Athletics takes up too much of the total incidental fee money.

Several students, though, expressed the opinion that sports are a healthy part of university life and that just because everyone might not participate in sports does not mean they should not have a place at PSU.

Athletics at PSU run on an annual budget of about $14 million; of that $3,505,559 for the upcoming 2018 academic year will be paid through the Student Incidental Fee’s $15 million annual budget.

Oregon Governor Kate Brown’s proposed budget, though not finalized, would also cut approximately $1 million of lottery money from PSU, 80 percent of which has gone to Athletics in the past.

“It’s kind of the same with all of the fee-funded areas,” said SFC Chair Jemila Mohamed. “I realize athletics is a significant portion of this, but not everyone uses the Women’s Resource Center. Not everyone uses all the various things that come from this incidental fee. It’s kind of like paying taxes except not at the same level. It’s for the whole rather than just for one person.”

How the Student Fee Committee budget is determined
“We have 36 fee-funded areas,” Mohamed explained. “As for student organizations, we fund the Organizational Budget Council. We give them a lump sum and they have their process for how that’s budgeted out to student organizations. We fund things like the various resource centers, all of the student services, so like Littman and White, Fifth Avenue Cinema, Athletics, Campus Rec, student-operated services, stuff like that.”

After coming to an agreement, the SFC presents the budget to the ASPSU Senate for approval or revision. If the Senate approves, the budget is presented to the university president, who has 10 days to approve or notify the SFC of any modifications needed. The SFC then has 10 days to consider and respond to those modifications. Ultimately the Board of Trustees at PSU must approve the annual budget.

“You know, student fee money I don’t control,” said PSU President Wim Wiewel. “It’s students who vote for that, so you’d have to ask students about that; that’s their decision. If the [SFC] decides over a period of years that students no longer care about athletics, then that would happen over a period of time. You can’t do these things from one year to the next.”

Athletics is the only FFA whose SIF allotment follows a formula. According to the SFC 2016–17 guidelines and procedures manual, “There are three variables to this formula: fourth week enrollment, prior year SFC allocation and prior year student attendance at athletic events. When calculating the formula, the numbers from the previous athletic year will be put in place to determine the budget.”

“[The allotment] really fluctuated year to year,” Mohamed said, “which tended to affect [PSU Athletics] in a way that was negative because they have long-term commitment contracts for games and things like that.”

Mohamed pointed out the egalitarian value in meeting each organization at its unique level of financial need yet acknowledged the general atmosphere of the PSU campus culture regarding athletics.

“It’s kind of controversial right now,” Mohamed continued. “It’s something that we’re looking into with our guideline revisions. It might be something that stays in our guideline revisions, it might not. It seems to be working well for them, and it’s been easier on us instead of looking into ‘How many coaches are you going to have? How many of this, this, and this?’ It kind of goes beyond our scope to decide what is needed in Athletics.”

From the school’s perspective, the popularity and success of PSU sports provide a reason for students to attend the university, including out of state students, who pay about three times more in tuition compared to residents.

Wiewel said his administration has not made sports a priority any more than other areas of the school, and noted that the new $50 million Viking Pavilion was funded almost entirely through state funds specific for building projects and donations. The space is expected to be used for indoor sports as well as classrooms, an auditorium and a social gathering place.

“During my presidency the amount of money going to athletics has gone up pretty much the same as any other part of the university,” Wiewel said. “There hasn’t been any particular growth in that beyond just inflationary increase and whatever everybody else increases.”

Opportunity cost
The opportunity cost of student fees funding Athletics also requires consideration of what program funding is lost to other organizations when the largest amount of money is dedicated to sports. While Student Legal Services probably would be overwhelmed with an additional $3.5 million to its current allotment of $710,000, it’s possible it could successfully use an increase to better serve students, as could any variety of organizations the money could fund more heavily.

What the poll makes clear is that the majority of students are not utilizing sports and are not aware that they’re paying for them. They are not going to university games. University sports are commonly associated with school spirit, which is an antiquated concept for school community. Does this mean PSU lacks community? At least to some degree the answer is yes, although it also exists in other school groups and clubs also funded by the incidental fee.

What you can do about it

“It’s a good way to get to know what’s going on at school because you are around your peers,” said Jennie, who works at the Vikings box office. All PSU regular season sporting events are free with a student ID, though some playoff games may require students pay for tickets.

Get informed on student politics: Students are welcome at bi-weekly Senate meetings and the SFC encourages feedback and direction.

“Definitely engage more with us as an SFC and as a student government in general,” Mohamed said. “I know a lot of people have feelings about various things that happen on campus that they have the potential to affect. So, I say, engage in that. It’s really awesome when people come to talk to us about it if there’s an issue. I know for me personally and everyone on the committee, we want to hear about this stuff, especially because we are in our guideline revisions.” 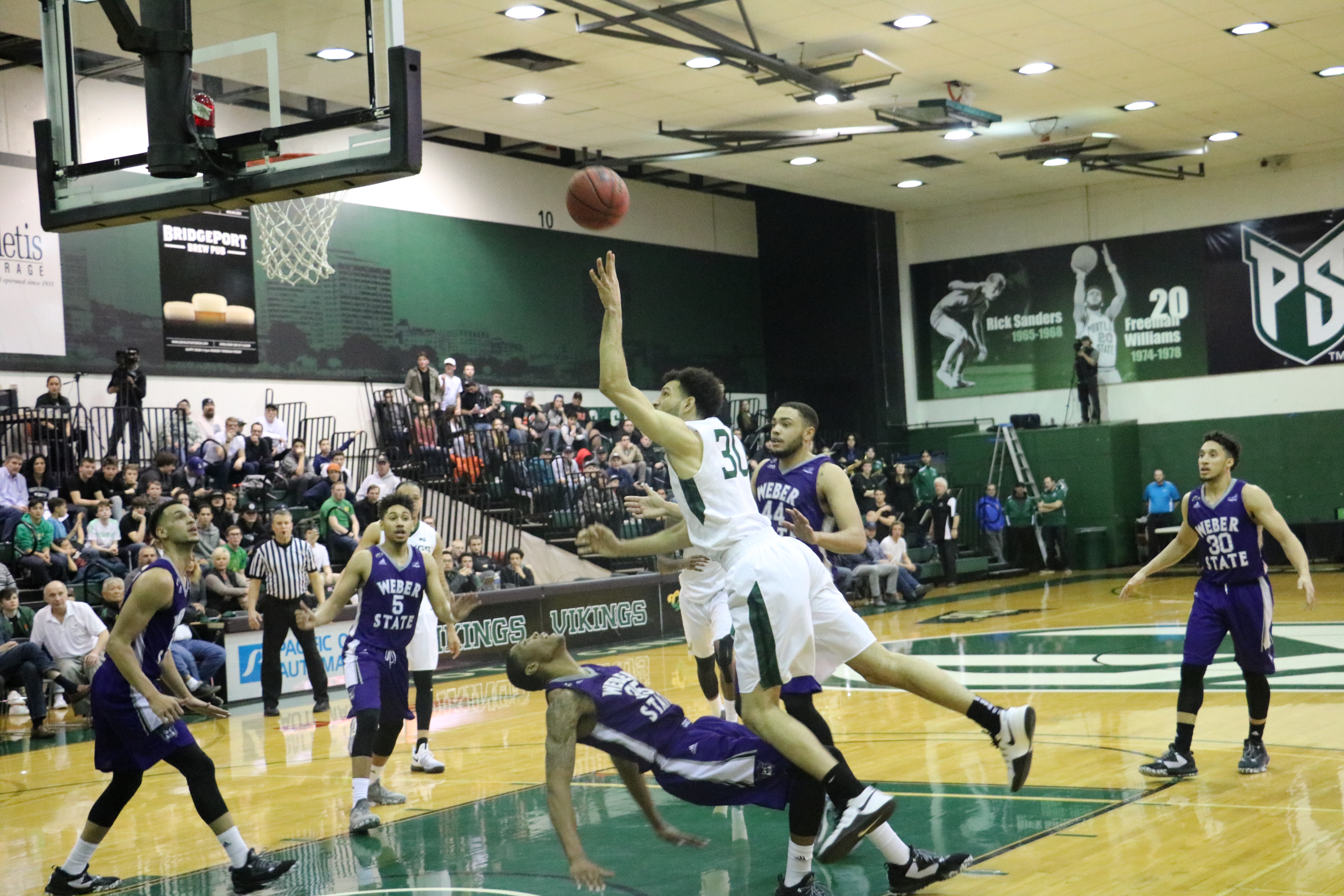