A long-awaited sense of triumph and elation graced the City of Roses Thursday evening, as Blazers guard Brandon Roy earned a spot on the Western Conference All-Star team. After years of All-Star snubs, such as Zach Randolph a season ago and Rasheed Wallace for several years while he was still in his prime, Portland players are notorious for receiving little to no respect from fans and coaches around the NBA.

A long-awaited sense of triumph and elation graced the City of Roses Thursday evening, as Blazers guard Brandon Roy earned a spot on the Western Conference All-Star team.

After years of All-Star snubs, such as Zach Randolph a season ago and Rasheed Wallace for several years while he was still in his prime, Portland players are notorious for receiving little to no respect from fans and coaches around the NBA.

Well, this year it finally happened, and we should rejoice in glory that it did.

While fans still chose flashy picks such as Kobe Bryant and Allen Iverson to start this exhibition game, Brandon Roy obviously won the respect of coaches and was selected as a reserve.

And let’s remember, respect is not easily earned in the NBA, especially when you’re a second-year player on an overlooked team that’s tucked away in the far northwest corner of the country.

Let’s face it. Portland doesn’t have the big-city recognition of New York or the stylish appeal of Los Angeles. In many NBA circles, Portland is nonexistent, making earning enough respect to land an All-Star selection an enormous challenge.

But enter Brandon Roy–The Natural, The Immortal One.

Roy didn’t stoop to shallow levels to create a video touting himself as a player deserving of some All-Star love, like Raptors forward Chris Bosh. He never followed in the footsteps of other stars by publicly claiming his name should be emblazoned across the back of an official NBA All-Star jersey.

What Roy did was play. And he played his hardest in the fourth quarter, when true stars shine the brightest.

Many around the NBA acted surprised when Roy earned a spot on the All-Star roster. They furrowed their eyebrows and looked quizzically at the camera for an answer. The answer is quite apparent: The man showed up in the fourth quarter.

As recently as this past Sunday against the Hawks, Roy provided a spectacle worthy of guaranteeing any player elevation to All-Star status.

In a game where Portland had trailed by as many as 19 points, Roy poured in 13 fourth-quarter points, including a free throw to give the Blazers their first lead with mere seconds remaining.

The reigning NBA Rookie of the Year and two-time Western Conference Player of the Week slashed through the lane and soared over three Atlanta defenders before finishing with a finger roll at the cup. Then Roy played lock-down defense on Joe Johnson on the other end of the court, forcing the Hawks star and fellow All-Star reserve to hoist up an air ball.

After that masterful defense, Roy knocked down the go-ahead free throw. The end result: a 94-93 Portland victory.

Roy’s fourth-quarter heroics versus the Hawks were virtuoso, but they are only one example of his stellar clutch play.

Remember Roy’s block of Nuggets forward Carmelo Anthony in the waning moments to extend Portland’s winning streak to 10 games? Or how about the gutsy exhibition Roy put on against the Raptors earlier in the winning streak? That’s the one where the agile guard finished off a late-game lay up, where he switched from his right to left hand in midair and flung the ball over the outstretched arm of a Toronto defender.

Forget about Roy’s 19.3 points per game and 5.6 assists. And while his leadership is appreciated, it’s not why he received the nod for an All-Star selection.

The only reason anyone around the league took notice of Roy is because he is a fourth-quarter performer. No other answer stacks up. Portland is a small city. The Blazers are irrelevant in the huge East Coast media markets. And Portland is not a first-place squad.

Besides, epic fourth-quarter performances stick in your mind for a while.

When you ask how Roy made the All-Star team, just think how all the coaches whose teams he torched in the final period voted. Oh, now it makes sense.

Roy is a winner

In a sport where Portland is often an afterthought, or, for so many years, the butt of a never-ending stream of cheap “Jail Blazer” jokes, Brandon Roy’s selection to the All-Star team is a small amount of justice served.

It would be easy to point to Roy’s numbers as the primary reason behind his All-Star selection. After all, Roy carries an impressive stat line. He’s averaging more than 19 points and five assists and has the ability to control the game with his unique pace.

Still, it’s not Roy’s numbers, or his game-winning shots, or his community-friendly image that earned him a place among the league’s best players.

The reason isn’t even simply that he’s the team’s emotional and floor leader, though he certainly is, and that fact no doubt played a huge role in his selection.

More accurately, however, is that he’s the emotional and floor leader on a damn good team. It’s easy to put up big numbers when your team is getting blown out every night. Just ask Zach Randolph.

Yet, it’s much harder to make your team better if you’re the kind of guy who tells your teammates, who make up the youngest in the NBA, to keep it all business on road trips, and who wants the ball-and the future of the franchise-in his hands when it matters most. If you’re the kind of guy who gets the proverbial “it” that so many claim to have and so few actually possess.

His bench buddies lead teams with a combined 124-57 record. Utah, Phoenix and New Orleans lead their respective divisions, while the Blazers are currently the “worst” of those teams, sitting at 26-19 and a game out of eighth place in the West.

Much like the New England Patriots or the San Antonio Spurs, the Blazers espouse the team-first concept as something wholly engrained in the franchise, so you probably won’t hear Roy gloating about his selection too much.

However, those marquee teams are stocked with players widely accepted as stars of their league. They have players who, gasp, get calls because people know who they are.

Roy is starting to earn that respect. He is getting some ridiculous calls, especially at home, that few Blazers have gotten since Clyde Drexler roamed Memorial Coliseum.

While he won’t brag about his All-Star nod, Roy is learning to holler as he’s being bumped while driving the lane and to bark at officials if they dare to swallow their whistles. It’s all part of the game, especially for the league’s stars, but you’d like to see less of it all around.

Still, that equates to picking microscopic nits at this point. The fact is that there are about a dozen or so other players who have better numbers and are on better teams than Roy who deserve to play Feb. 17. Just not as much.

So while Marcus Camby, Manu Ginobili, Deron Williams and a host of other legit ballers spend a weekend relaxing someplace warm, Brandon Roy gets to punch his ticket to New Orleans. Justice served. 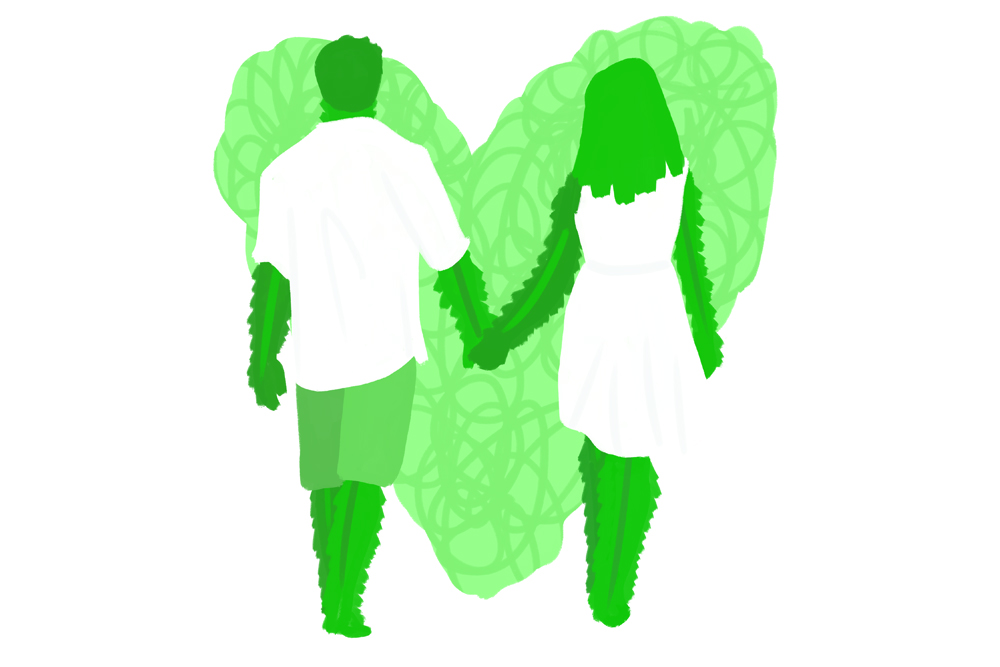 Dank Dating: Portland is the 420-friendliest city to be single & ready to mingle