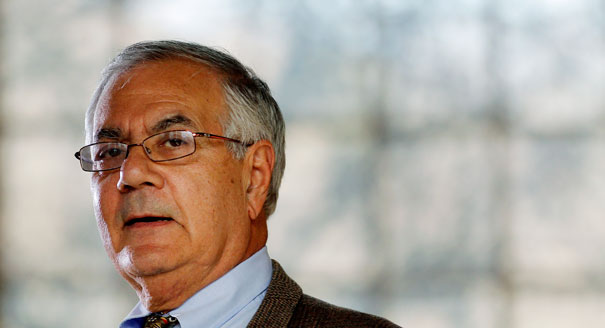 Barney Frank represented Massachusetts as a Member of the US House from 1981-2013. He was a leader in the fight against all forms of discrimination, and championed legislation for Wall Street Reform and Consumer Protection. Frank is the author of two books: Speaking Frankly (1992), a collection of policy essays; and a memoir titled Frank: From the Great Society to Same Sex Marriage (2015). He has taught at Harvard, Boston University, the University of Massachusetts Boston, and the University of Massachusetts Dartmouth.

This event is FREE and open to the public. For more information, visit www.pdx.edu/judaic or call our office at 503-725-8449.
Tickets are available at the door or in advance at the PSU Box Office, visit www.pdx.edu/boxoffice
RSVP on Facebook, visit http://tinyurl.com/BarneyFrankPDX