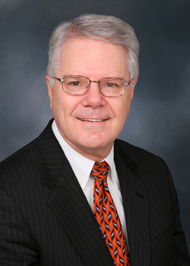 The Institute for Asian Studies presents

China: Where Is It Headed and What Could It Mean?

FREE & Open to the public

Description:
Governing China is an enormous task, China has a relatively new leader, and he is seeking effective answers to both old and new challenges to the Chinese political and social order. What approaches does he seem to be adopting, what are the prospects of progress, and what are the consequences of either success or failure for East Asia, America, and the world? Based on his new book, “Following the Leader,” Professor Lampton will seek to address these and other important issues raised by China’s emergence as a major power.

About the speaker:
David M. Lampton is Hyman Professor and Director of China Studies at the Johns Hopkins School ofAdvanced International Studies, where he also heads SAIS China, the school’s overall presence in greater China. Chairman of the The Asia Foundation, former president of the National Committee on United States-China Relations, and former Dean of Faculty at SAIS, he is the author of The Three Faces of Chinese Power: Might, Money, and Minds (2008) and The Making of Chinese Foreign and Security Policy (editor, 2001). He received his B.A., M.A., and Ph.D. degrees from Stanford University. He has an honorary doctorate from the Russian Academy of Sciences’ Institute of Far Eastern Studies, is an Honorary Senior Fellow of the American Studies Institute of the Chinese Academy of Social Sciences, was winner of the Scalapino Prize in 2010, and is a Gilman Scholar at Johns Hopkins. His newest book, Following the Leader: Ruling China, from Deng Xiaoping to Xi Jinping, was published by UC Press in January 2014.

David Lampton’s book “Following the Leader” will be available for purchase prior to and after the event.