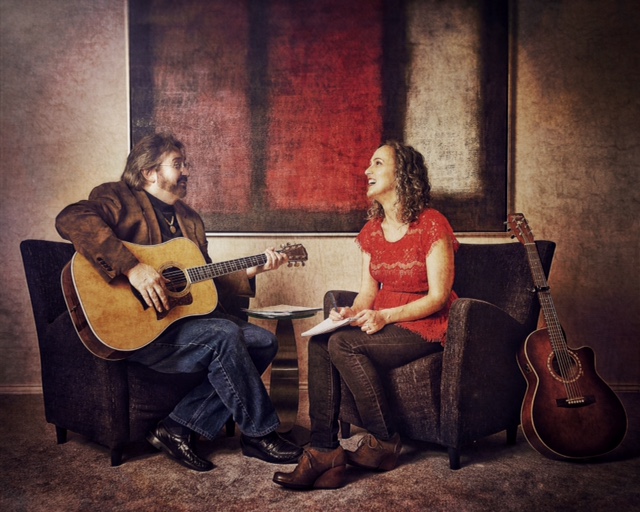 What happens when you pair a gravel-voiced groove master with an sensitive Americana-infused soul? When you mix the detailed observations of a world traveler with storytelling that brings emotional landscapes to life? You get the songwriting team of Brightwell & Moran.

In 2014, Portland’s Kelly Brightwell and Woody Moran wondered if writing together could be a way to meld their unique writing sensibilities into something with a broader appeal than their own individual efforts. Many of their creations come from fragments of melody or lyrics that the songwriters have been carrying around for a while. But they’ve also started a session with nothing and pulled a song out of thin air. They soon realized that they had an amazing synergy and could trust the songwriting process to help them create compelling songs.

According to Brightwell, “Our goal is to write songs that can become part of the soundtrack of someone’s life.” Moran told the tale of bringing their song Whisper In The Night to Grammy Award winning, Nashville hit songwriter Darrell Brown at last year’s ASCAP conference. “He said to me, ‘This isn’t Pop music or Country music… but this is a great song that needs to be recorded!’”

Their debut EP, Radio Stranger, features five songs which combine elements of many genres, including Folk-Rock, Pop, Country and Adult Contemporary. This EP was recorded with a small band playing “live” in the studio, with no prior rehearsals. The collection of hook-y and rhythmic tunes are held together by lush instrumental textures and the combined voices of Brightwell and Moran.

Come celebrate the release of this new album with solo sets from each artist, followed by a full band introduction of their co-written songs. The band includes some of the best of Portland’s musicians; Jean-Pierre Garau (keyboards), Michael Henchman (bass), Jeff Koch (electric guitars), and Anders Bergstrom (drums). A free copy of the new Radio Stranger EP is included with ticket price.