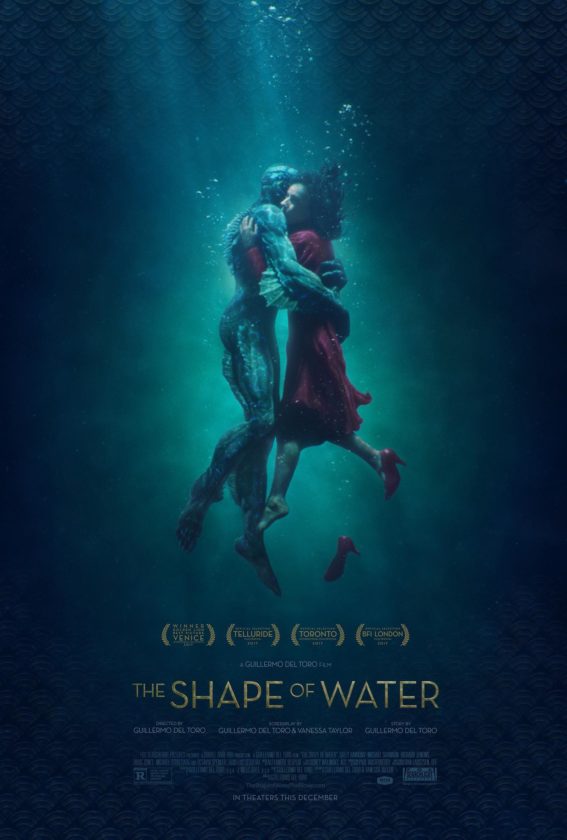 I called my mom in late December and told her, “I have a new favorite movie. I’ve officially replaced Pirate Radio.”

“The Shape of Water, the new Guillermo del Toro film.”

From the other room my partner asked, “Did she just ask what the movie is about?”

“She fucks the fish!” he called.

“What?” my mother asked.

Insert sigh. She fucks the fish.

Look, there are many pieces of this film that, on page, come across as surface-level shock value. But to reduce attention to the shocking scenes, like a grossly wounded hand and a musical number, among others, would diminish del Toro’s smart storytelling. (Dear Guillermo: please stop with the grotesque mouth wounds. I know it’s your thing, but please stop.)

The Shape of Water is about spaces where we belong and people who insert themselves in spaces where they are unwanted. It’s about men who are more monstrous than the creatures. It’s about repetition, monotony and people unseen. It’s a love story set amid the tensions of the Cold War, and who doesn’t enjoy a good love story? The Shape of Water is the kind of movie I could watch every day.

Elisa’s neighbor, Giles (Richard Jenkins), who exists on the periphery of main events, narrates the film. Giles struggles to involve himself in a world that actively harrasses him for being a gay man. As such, he understands the difficulties of finding someone who wants you as you are. Elisa is mute and speaks contemporary American Sign Language. Giles is one of two interpreters for her and as such, is privy to her perspective.

Zelda (Octavia Spencer) is Elisa’s friend, interpreter and dramatic foil as she chit-chats incessantly to fill the silence of their work. Zelda’s strength of character stands outs for her support in situations that could threaten her life and livelihood. Dear white Portland audiences, if you are audibly aghast at the straight white man, Col. Strickland (Michael Shannon), asking Zelda, “Don’t your people [have lots of children]?” but don’t bat an eyelash at a marital rape scene, you need to get your shit together.

The Shape of Water’s background Easter eggs were fun to find: contemporary music, fish scale-patterned, period-accurate wallpaper and a historical background that doesn’t gloss over the painful realities for marginalized people living in the 1960s. Most of the movie takes place at night and the muted color palette adds subtle layers to the emotional tone.

The degree to which characters remain silent or express their opinion plays back and forth. Many critics, commenting on Elisa’s muteness, have missed the movie’s point entirely. Elisa is not silent. She communicates very clearly. Her vocal silence is not a contending point of the film, nor does it try to be. There is a single moment in which Elisa tells her neighbor, “I am different,” but the moment is contextualized in such a way that it is clear that she is only labeled different within her present circumstances.

Del Toro created the movie with Hawkins in mind, in adoration of her acting, and her performance delivers. The amphibian man Doug Jones (no, not that Doug Jones, the other one) was specifically designed to have a cute butt. There are numerous articles and interviews I could quote here, but I’ll let you go down that fun rabbit hole yourself.

The Shape of Water is a powerful, nuanced movie that tugs at heartstrings without drowning the audience in maudlin cliche. Nothing comes as a big surprise, but I will admit I was tricked by the red herring (pun intended). As with del Toro’s other films, The Shape of Water utilizes the time period—in this case, Cold War fears and tensions in an emotionally resonant and topical way, presenting characters you want to know.

“Oh, that sounds…interesting,” my mother said.

And I’m faced with the even more monumental task of trying to explain what “poor grad student” really means.

BELOW THE SHIELD: The Shape of Water screens at Cinema 21, Hollywood Theatre, Cine Magic Theatre and St. Johns Twin Cinema through Jan. 18. Visit these theater’s websites for box office and ticketing information. 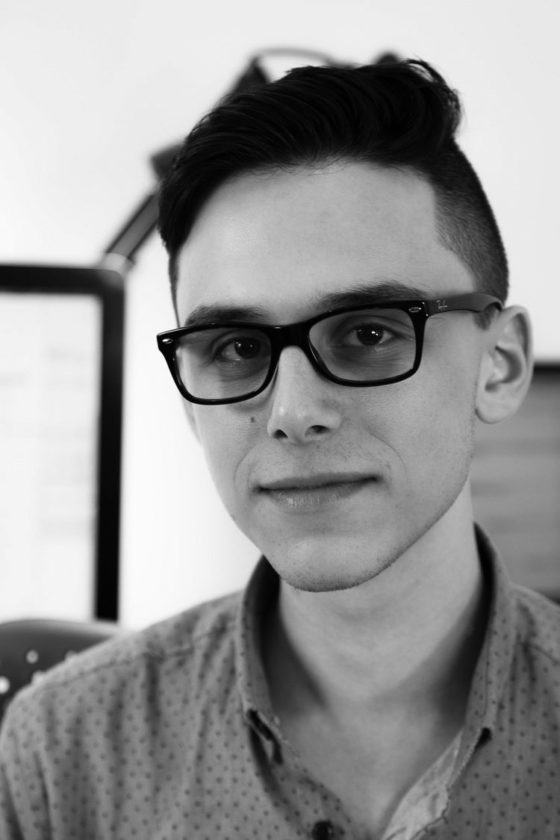