PSU’s Center for Public Health Studies has received an $860,000 grant through the National Institutes of Health. It came as the culmination of three years of writing and revising the grant proposal by Karen Seccombe, center director. Completion of the study, titled “Access to Health Care and Welfare Reform,” will require another three years.

Seccombe originated the entire study format. It will examine the effects of welfare reform on health care access in Oregon. As one aspect, it will investigate how families who leave welfare for employment are able to cope when their one-year transitional health insurance coverage through Medicaid and the Oregon Health Plan runs out.

“I’ve been interested in issues related to poverty, inequality and access to health care for low income people, the working poor and welfare recipients, for quite a long time,” Seccombe said. She has published a book about life on welfare, “So You Think I Drive a Cadillac.” In the course of interviews for that book, it became clear to Seccombe that women on welfare face a crucial concern.

“Oftentimes they stayed on welfare longer than they needed to or wanted to because of the medical benefits.” These women could probably get minimum wage jobs but such jobs rarely carry health insurance.

“Consequently, they thought it would be irresponsible of them to take that job,” she said. Their children were frequently getting sick and needing medical care. Those interviews convinced Seccombe that health issues and health insurance issues are a major concern of this population.

Seccombe finds the study project “very exciting and I think very important.” There have been numerous studies in Oregon and elsewhere about what happens to people leaving welfare, but the studies have primarily focused on economic issues. This study will focus on how welfare reform has specifically impacted people’s health and access to health care.

The federal Agency for Health Care Research and Quality is providing the grant money partly because it has a special interest in the situation in Oregon.

“Oregon compared to the rest of the country is having a pretty relatively generous Oregon Health Plan, as an expanded Medicaid program,” Seccombe explained. “More low income people in Oregon are covered with insurance than in other states. Yet here in Oregon 11 percent of our population is still uninsured.” This is particularly a problem in the rural regions of the state and for ethnic minorities.

“We’re going to look at those populations in particular and try to see if differences do exist in our population and why that might be the case.” The federal government agency concluded if that’s a problem in Oregon, it likely will be a problem elsewhere.

People who leave welfare get Medicaid OHP for one year and then their benefits expire. The question becomes what happens to them after that? Do they continue to get Oregon Health Plan? Do they get insurance from an employer? Do they purchase health insurance privately? Some people working at low income jobs still may be making enough to climb just above the threshold for getting OHP.

The study will gather information from telephone interviews and personal interviews. One aim of these interviews is to analyze how state programs such as OHP can improve access and use of health services by families when they leave welfare.

Seccombe will head the study team as project director and principal investigator. Kim Hoffman will serve as project manager. Other staffers will include Jason Newsom, senior research associate in the Institute of Aging, Heather Hartley, assistant professor of Social Work, and Clyde Pope, a retired health researcher from Kaiser Permanente.

The presence of a national health care crisis is currently freely admitted, with solutions evasive. On a local level, adults and children without insurance use health care less often. They are less likely to have a regular health care source. They tend to let illnesses deteriorate to the emergency level, then become forced to overload hospital emergency rooms.

Last Sunday in the Oregonian, columnist David S. Broder warned, “The American system of medicine is threatened with meltdown from a combination of rising costs, declining access and incredible inefficiencies.” On Tuesday, the New York Times News Service revealed that national health spending shot up 6.9 percent in 2000 while the economy grew only 6.5 percent. A report from the Department of Health and Human Services said consumers will have to spend more of their own money on health care. Employers will be less inclined to offer health insurance because of the rising expense.

The product of the PSU study will include recommendations for policies or procedures which may be changed or instituted to improve health care access. Seccombe leaves little doubt where her sympathies lie for solutions.

“Numerous studies have demonstrated that access to health care is related to income and insurance,” she said. This relates to not having a regular health care provider, to relying on emergency rooms and to suffering ailments which need medical response, to increased infant mortality and to shorter life expectancy.

Seccombe had a response to the frequent contention that the United States cannot provide universal health coverage without raising taxes significantly. That objection points to the high tax level of such other countries as Japan and the United Kingdom. Seccombe replied that in those countries, a greater share of total taxes are levied on the wealthy as compared to the U.S. This leaves the middle and lower classes taxed at a similar level to what they are in the United States. 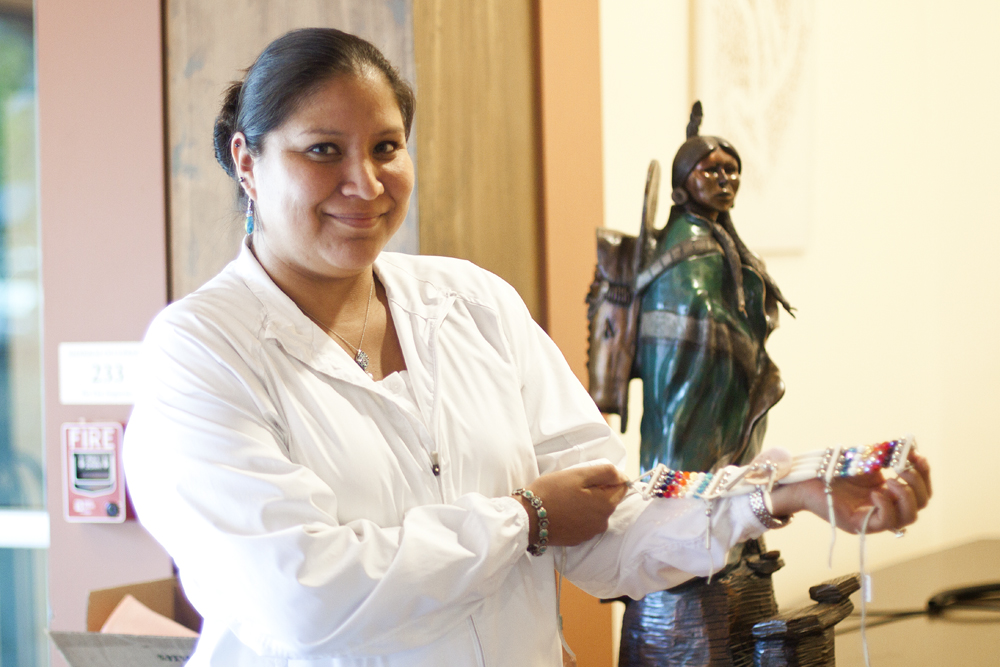 Funny Games points the finger at us