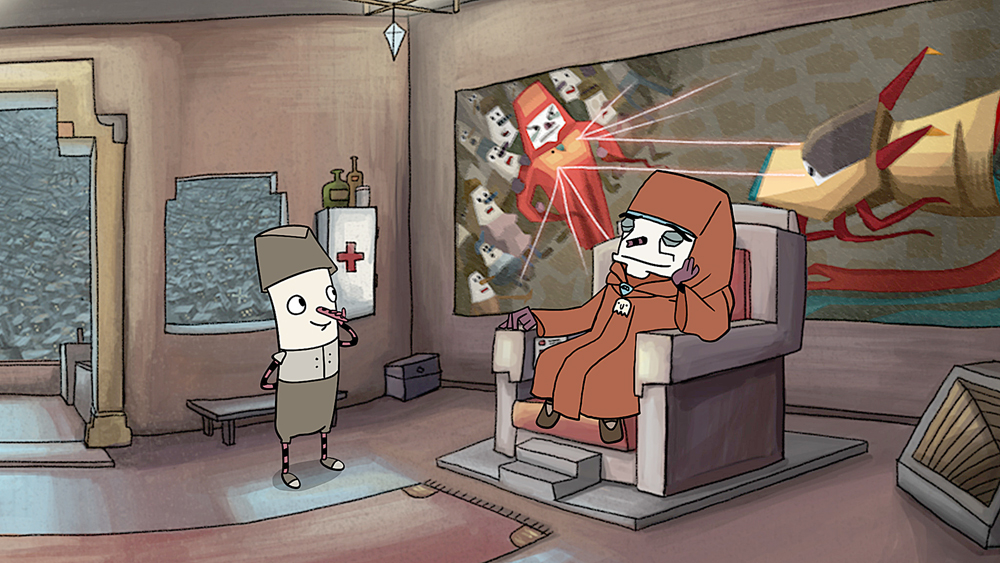 The Inner World is a point-and-click adventure that attempts to blend an eccentric story and art style with the standard mechanics of the genre. While the two sometimes mix harmoniously, there are moments when that mixture can sometimes feel like oil and water.

In The Inner World you play as Robert, a citizen of Asposia, which is a hollow world surrounded by a universe of soil. Robert is the apprentice to Conroy, the leader of a religious order known as the Wind Monks. Unfortunately, the three wind fountains, holy sources of light and warmth for the Asposian people, have nearly stopped blowing. At the same time, elder gods have begun emerging from the once-great fountains as enormous flying snake monsters that have the power to turn sinners into stone. As Robert, and with the help of some folks you meet along the way, you set forth on a quest to save Asposia, unearth its history and catch that thieving pigeon. Did I mention that Robert has a flute for a nose?

In case that above paragraph didn’t quite drive it home for you, let me make this abundantly clear: The Inner World is a weird game. It is not, however, weird for the sake of being weird. As I delved deeper into the game, I discovered that the world of Asposia has its own history, rules and logical processes that made the inherent improbability of everything around me seem commonplace. The art, which looks like a cross between
Adventure Time and Regular Show, and the presence of a pub goes a long way toward lulling you into a state of willing complacency. How can you argue when everything is so pretty and fully realized?

Despite its visual and immersive creativity, The Inner World is still an adventure game in the classic sense. I pointed and clicked to discover items in the environment. I combined found items in blatant ways to complete obscure objectives. I exhausted the dialogue trees of each character I met on the off chance that I might miss a critical piece of information that would open a new slew of actions. On more than one occasion I was right and would not have been able to progress had I not done so.

Luckily, The Inner World is not as brutal as adventure games of yore, which are known for offering little to no help. Pixel-hunting is all but eliminated since you can click and hold the left mouse button to illuminate interactive items. A robust hint system certainly helped me out on more than one occasion. But I only found myself using hints after growing frustrated. On multiple occasions I knew how to solve a puzzle but simply could not parse out the ambiguous leaps in logic required between steps. I often found myself asking “How did I solve that?” and “Why did I need to do this?” before pushing on to the next welcomed story bit.

The story is, by the way, phenomenal. The writing and delivery in The Inner World are so good that it’s the only time I can think of where I turned off the subtitles in a game because I didn’t want to know what the characters were going to say before they said it. Robert, terminally naive from having been trapped in Conroy’s tower for nearly his whole life, is the perfect vehicle for learning more about the strange customs and inhabitants of Asposia because more often than not, he’s just as out of the loop as you. One character, who becomes a traveling companion after you meet them not too far into the game, is cynical to a fault and is deftly used as a counterweight to Robert’s cluelessness.

You never spend too long in an environment or in the shoes of a particular character, which is largely due to The Inner World’s comfortable pacing. I found the areas I was able to explore in a given chapter pleasantly condensed, with rarely more than a few screen transitions. That means that all of the puzzles the game presents you with are just as close at hand as the answers. I never felt like it was a slog to get from one place to another, yet I also never felt confined. When the game plops you into the shoes of another character it’s relieving, taking you out of the mind of Robert and giving you a much-needed chance to experience the world through another character’s eyes.

I’ve never been much of an adventure game fan. I’ve always found the relative ambiguity of the genre to be exhausting. The Inner World works for me, though. While I wish the gameplay mechanics could have evolved along with the art style and the story, I found myself more engaged in the rudimentary adventure game mechanics because of the world in which they took place. The story of Robert and Asposia is fantastical, hilarious and occasionally touching.

Get out there and catch that thieving pigeon. 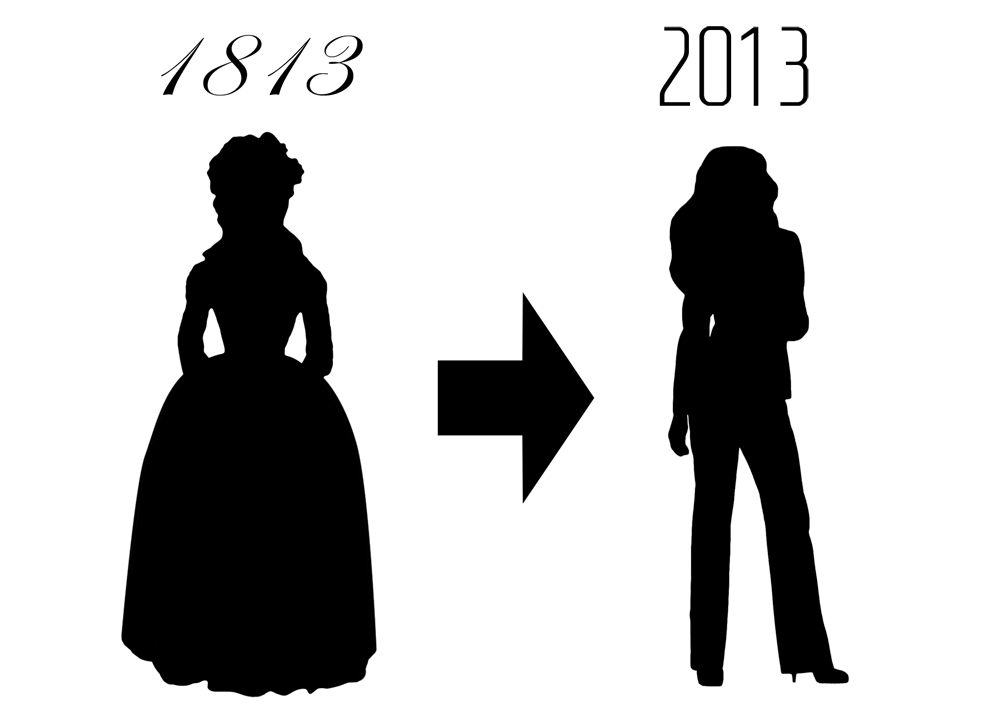 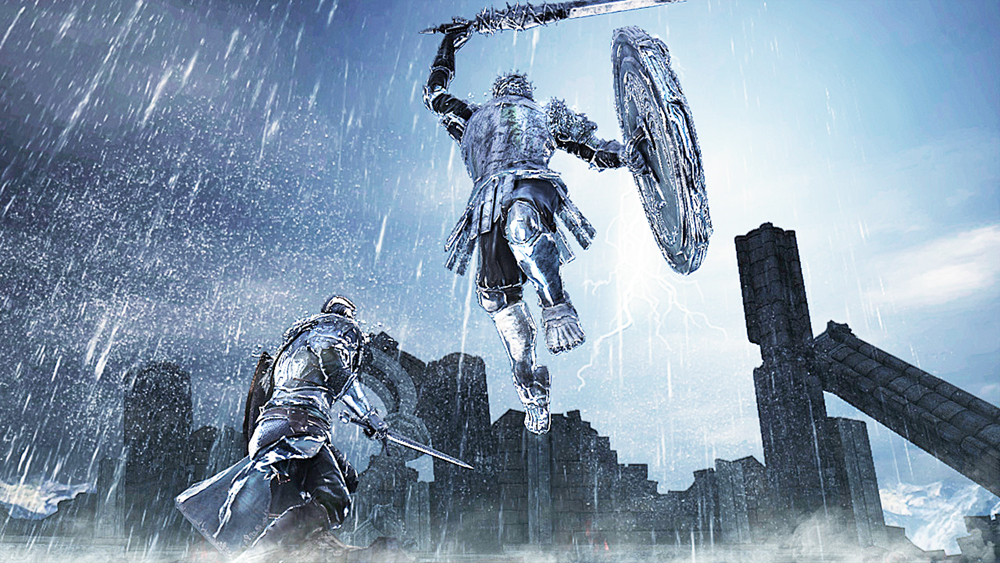 Sex Criminals: What is it and why is everyone talking about it? 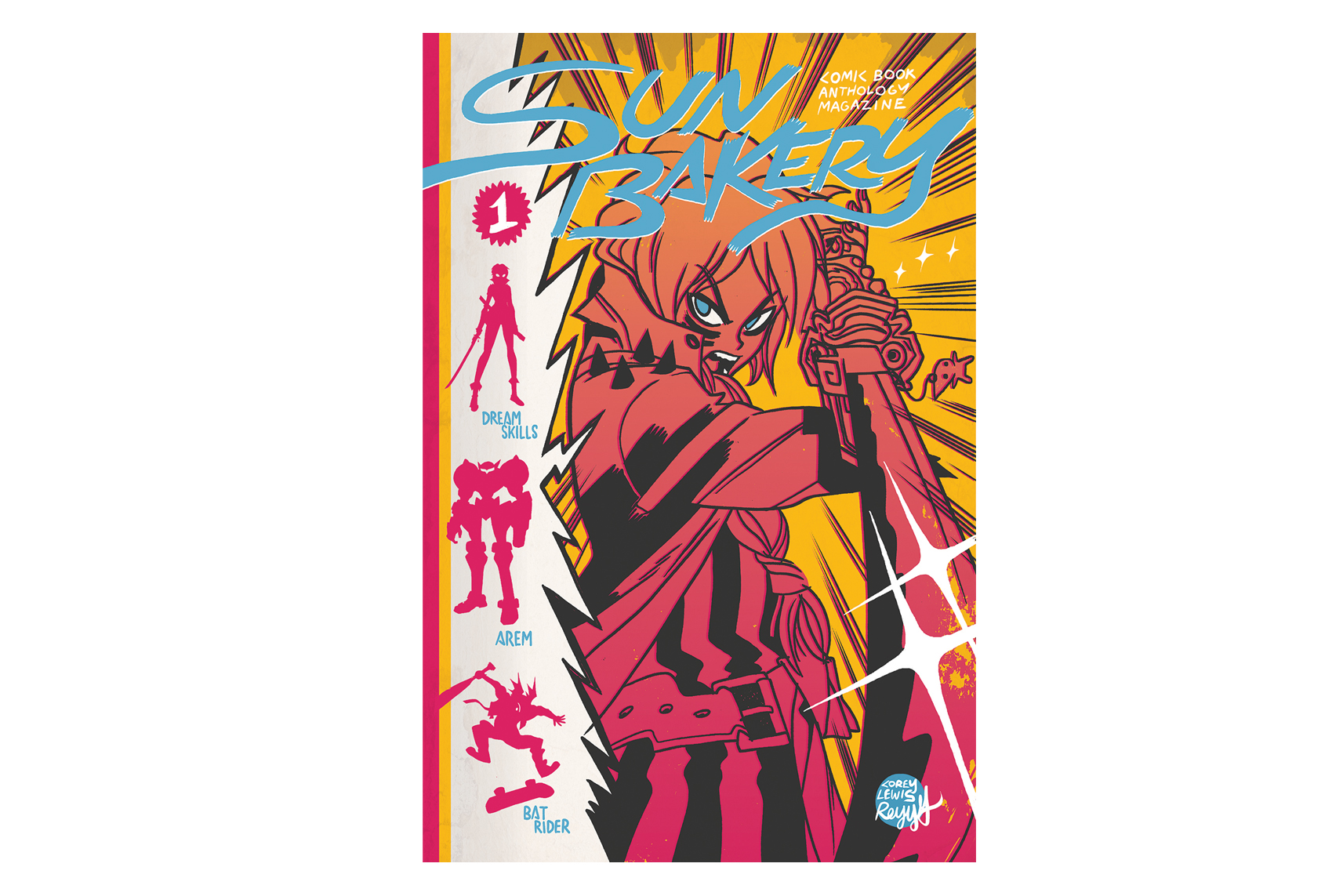