Despite a painless evacuation from Hurricane Ivan a year ago, Andrew Gerlach knew that Katrina would be different. His hometown of Slidell, a small city near New Orleans, La., suffered unimaginable flooding and water damage to homes and buildings.

A student who transferred from the University of New Orleans to Portland State in the aftermath of Hurricane Katrina, Gerlach said that living in a city prone to natural disasters is like living in a house with a leaky roof: “If it’s not raining, then the roof isn’t leaking.” Dealing with hurricanes and potential floods was a way of life.

Dealing with transferring to Portland State has added uncertainty to the situation. Gerlach’s scholarship from University of New Orleans covers his tuition, books, housing and meal plan, he said, and he had thought at first that the scholarship could be transferred to PSU. “I assumed the money would not be a problem.”

Since finding out he won’t have the benefit of the scholarship, the future is up in the air.

“I hate to say it, but it really is all about the money right now.”

He has been granted in-state tuition status, but said he wasn’t told how long that would be offered.

Gerlach said financial aid and registration employees were happy to help but didn’t have a lot of answers. “There were a lot of things they just didn’t know,” he said. “I never got a ‘no.’ The desire to help is there, but I wish I knew more – It would make this whole transition easier.”

He sees this as a common theme for universities offering assistance to Katrina-displaced students. “It really sounded like universities wanted to give students a break,” he said. But what universities are delivering often looks a lot like a hurried-up version of registration and orientation for regular transfer students.

When he returned to Slidell a week after Hurricane Katrina struck the Gulf Coast, he expected his home to be destroyed. Bodies floated in the water and trees and debris were strewn everywhere.

“You don’t imagine this sort of thing happening,” he said, but “to think that this can’t happen to anyone is na퀨͌�ve.”

Gerlach said he never noticed how much shade the trees had provided until he saw “how bright and bare” his hometown was left.

But to his surprise, aside from minor roof damage and a broken fence, Gerlach’s home and belongings were left undamaged.

Gerlach considers himself lucky. In contrast to the total devastation many people on the Gulf Coast face, he describes his experience as “more of an inconvenience than a loss.”

Having come from a family that moved frequently while growing up, Gerlach said that moving to Portland will just be another step on his life’s journey. Due to his history of moving, Andrew said he has “never taken anything for granted.”

He has learned to find the people he cares about the most and to stay in touch.

Gerlach is staying with family in Fairview. Whether or not he moves to campus or closer in depends on finances.

Not wanting to miss a term of school, moving to Portland seemed like the best option for Gerlach. He’d been visiting family and friends here three weeks prior to Hurricane Katrina, and his immediate family had lived in Oregon when he was younger, so Portland has always felt like part of his home.

Leaving was hard because he didn’t know where his friends had gone or if they were safe, but he has since made contact with the majority of them. Now that Gerlach knows his family and friends are safe, whether in Louisiana, Texas or Ohio, he said he can move on with getting to know Portland even better.

Having spent the last six years in Louisiana, he had heard repeatedly of complications surrounding living in a city that lies below sea level.

What shocked Gerlach the most was the fact that while many New Orleans residents were evacuated to the Superdome, many others were left in the streets for days with no food or water. 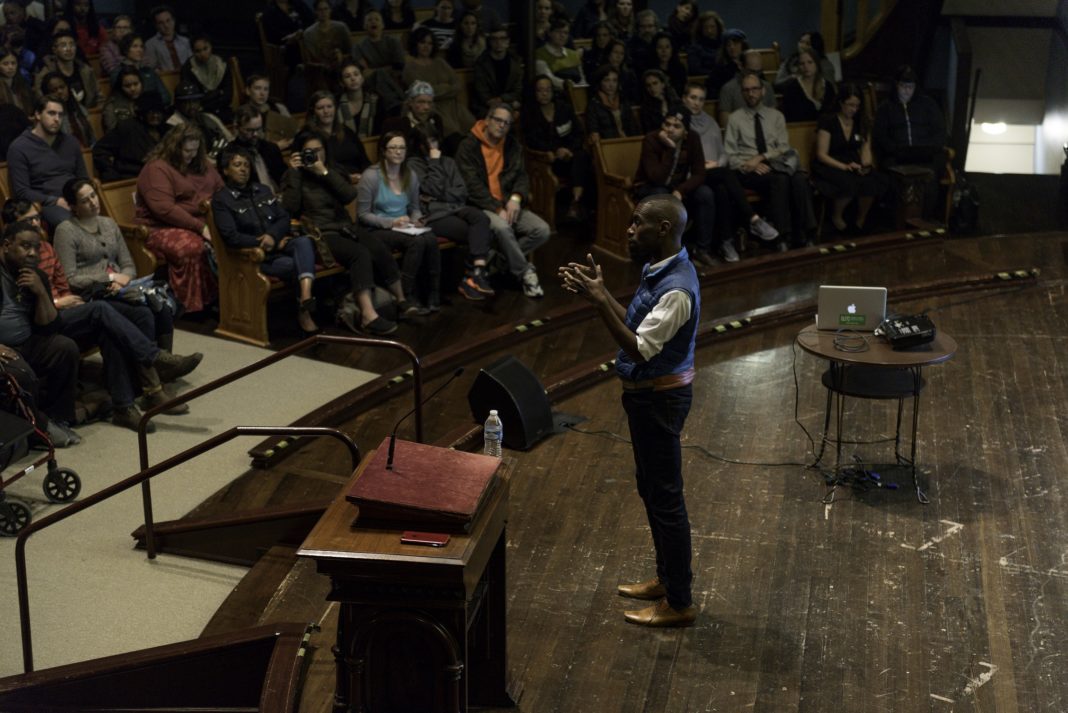 The world is flat

Between The Horns: Give us baseball