Governor John Kitzhaber helped inaugurate the Oregon Bus Project, an all-volunteer effort designed to elect a progressive state legislature and to encourage grassroots political activities around the state. The event, which took place last Friday at the Ecotrust Building in the Pearl District, was centered around the christening of a touring coach which will be filled with progressives traveling to Oregon’s swing legislative districts to learn about local communities and promote a local candidate’s message.

Kitzhaber gave a short speech after an introduction by Jefferson Smith, chair of the project, who called the Governor “a defender of the people,” especially in the areas of children’s advocacy, education and the environment.

The Governor proceeded to ask the question of why a relatively small number of eligible voters between the ages of 18 and 35 vote, even when they make up over 30 percent of the population.

“Some people take this low turnout to mean that young people are apathetic,” Kitzhaber said, “but I don’t buy it.” Recalling that he himself was “apolitical for the first two decades of my life,” Kitzhaber cited his college years at Dartmouth to be a turning point.

“I was 21 years old, and the U.S. was in Vietnam, fighting a war that people felt like they could not change policy about. John F. Kennedy and Martin Luther King were assassinated, and Bobby Kennedy after that, and people did not participate for fundamental reasons. I think people are not engaged because of the acquisition of perceived power, power of position and not real power. That’s what we need to change, but the only way is to get involved.

“The political system is no longer relevant for many young people, with its top-down bureaucratic structure, which may have been effective back in the industrial revolution, but we are now in the information age. What we need is not a paternalistic government but a small, activist government,” Kitzhaber argued.

The Oregon Bus Project was created due to the efforts of a network of young professionals and students, many of them at PSU. Jesse Cornett, a graduate student in public administration, was among the first involved, when he met Smith and others who were interested in “creating something where people with progressive politics would be really involved.”

Elijah Michalowski, a PSU senior actively involved in the project, calls it “great for young progressives, for those interested in education, the environment and health care, and our goal is to get a more progressive legislature. We’ll be looking to affect places with close races, and help swing the vote there.”

For more information on the Oregon Bus Project, see their Web site at www.buspac.org.

Pedagogy at its best 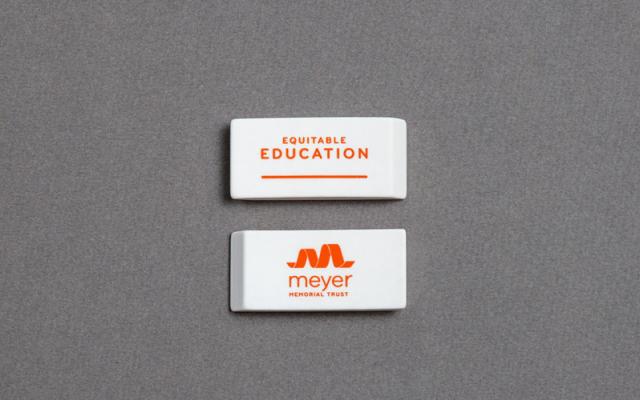