As operations director, Amber Kelsall is responsible for many logistical jobs, such as making plans for traveling retreats and running the ASPSU student pantry. Kelsall, a senior political science major, describes herself as a non-traditional student because of her nine-year absence from school. She returned to her studies last summer to help lower her student debt of $18,000. Her personal experience with financial struggle has led her to be particularly focused on providing assistance to students through the food pantry.

“A student that can eat is a student who can stay healthy and focus,” Kelsall said.
One of Kelsall’s main goals for the year is to get refrigeration installed in the food pantry by becoming part of the Oregon Food Bank, which could potentially provide funding for the project. 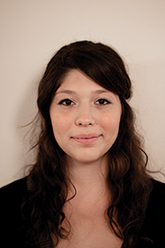 Rosa Martinez started her ASPSU career as an intern for Tiffany Dollar, the previous legislative affairs director and current ASPSU president, before she applied for the position herself. The job allows Martinez to plan lobby efforts with other student organizations like the Oregon Student Association.

“I have started a plan and my biggest thing is that I really want to have input from the university and from other students and student groups, so I will be reaching out to them soon.”
Martinez has lofty goals for the upcoming school year: She hopes to get tuition equity to pass, as well as organize with OSA and other universities to get back the 3.5 percent budget cut made last year. 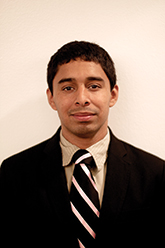 Born in Mexico and raised in Oregon, Mena didn’t discover he was undocumented until he was 19. He is now enrolled at PSU to help earn his citizenship.

Before Mena took charge of the new academic affairs director position, he began his ASPSU career as multicultural affairs director last year. Mena’s current position requires him to collect textbooks for PSU classes to place on reserve in the library, facilitate proposals for library projects, look for alternate funding in all departments and attend Oregon Education Investment Board meetings. 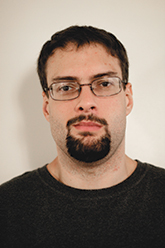 When ASPSU’s Communications Director Anthony Stine graduated from high school, he didn’t believe college was necessary. Stine reconsidered after numerous failed attempts at manual labor, including one two-day stint at a woodshop in which he destroyed thousands of dollars worth of materials while training for the job.

Stine changed his mind about college in 2002, leading to his enrollment at Portland Community College. Currently, he is a doctoral student in PSU’s political science program.

Stine wants to see more people involved on campus and plans to achieve this by in-person outreach to students, as well as more work with the resource center than last year.

“I want to work more with some of the more activist student groups on campus—the ones who aren’t interested in the kinds of things that student government is—so we can all work together,” Stine said.

A call for arms