In elementary school, what kind of picture of your family did you draw to hang up on the wall?

In elementary school, what kind of picture of your family did you draw to hang up on the wall? There was probably a house, your mom, dad and a sibling, a dog if you had one, lots of flowers and the sun was shining at the top left corner of your picture. You were happy. But perhaps your picture wasn’t all rainbows and sunshine.

Recent statistics from Oregon Department of Education show that the 2008-09 school year saw an increase of nearly 14 percent in the number of homeless students enrolled in Oregon schools. According to a Willamette Week article on Sept. 18, “There were 18,051 homeless students—nearly enough to fill the Rose Garden for a Blazer game—in K-12 schools statewide during the 2008-09 school year, compared to 15,859 the previous year. Last year’s number also is more than double what it was in the 2003-04 school year.” In addition to that, of the 18,051 homeless students, 8,268 of them were attending elementary school.

What kind of pictures do you think these kids are drawing? Boxes and cans, not green lawns and white fences.

A Sept. 24 Portland Tribune article titled “Homeless, but still learning” has a better answer to this question. According to the article, “Under the heading: ‘With our money jar,’ one student drew a stick-figure family happily clutching armloads of boxes and cans. The student completed the sentence with: ‘I’d buy my mom food.’ Others wrote that if they had a full money jar, they’d buy their mom a house, or buy their family a car. One said simply: ‘My mom needs a chair.'”

To be honest with you, it is pretty unbearable for me to even write this article without feeling guilty for having a bed with a warm blanket to sleep under during the winter. It would be one thing if it were in my control and power to change how many people are homeless and give them all beds and roofs under their head. Sadly, I have no means to do that and we all have to rely on our state government to provide these children homes. There is nothing more precious than childhood, and if a 7-year-old child seeks shelter with his or her family in cars, parks and under bridges, they are not having a stimulating growing experience.

We can all agree that we need to implement a plan of action to change this. I don’t know what went wrong with the 2004 Citizens Commission on Homelessness, but it is certainly not achieving its campaign, “Home Again, A 10-Year Plan to End Homelessness.” The only other program in Portland I know of is Outside In. According to them, 80 percent of their youths never return to the streets again. This program is actually one that works, but that is not the problem I have with it.

After looking at the Outside In 2008 year-end report on their Web site, Oregon gave them $41,947, compared to $1.1 million the program received from the federal government. Gifts from citizens were $318,048. What I am trying to say is that our own state barely gave the program enough money to remodel, let alone fund some kind of drug treatment facility.

I was always told that children were the seeds of the future, so what is the excuse? 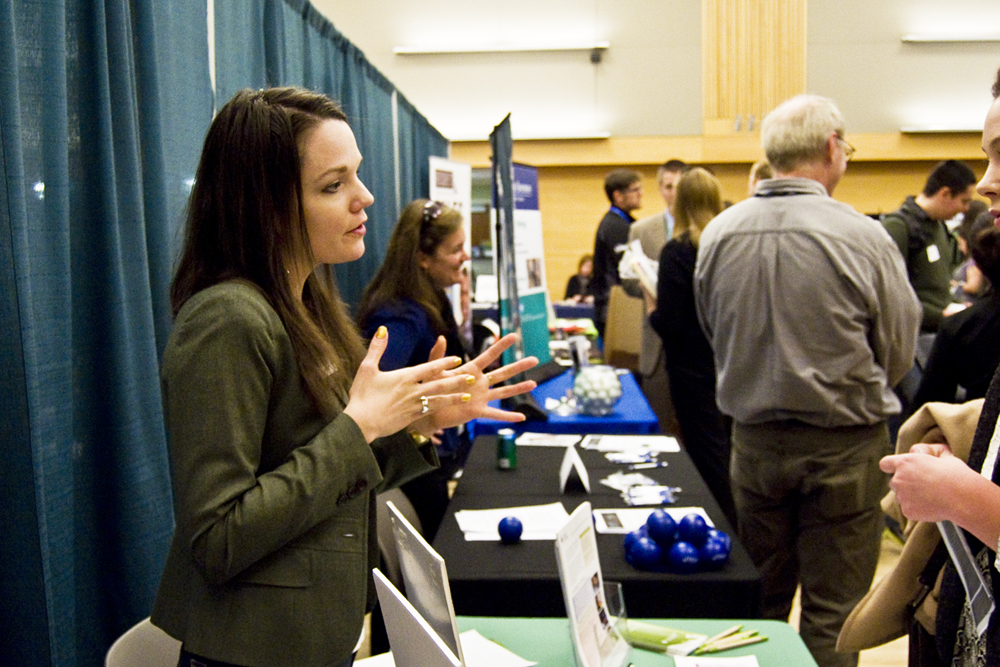 Career Fair Offers Something for Everyone