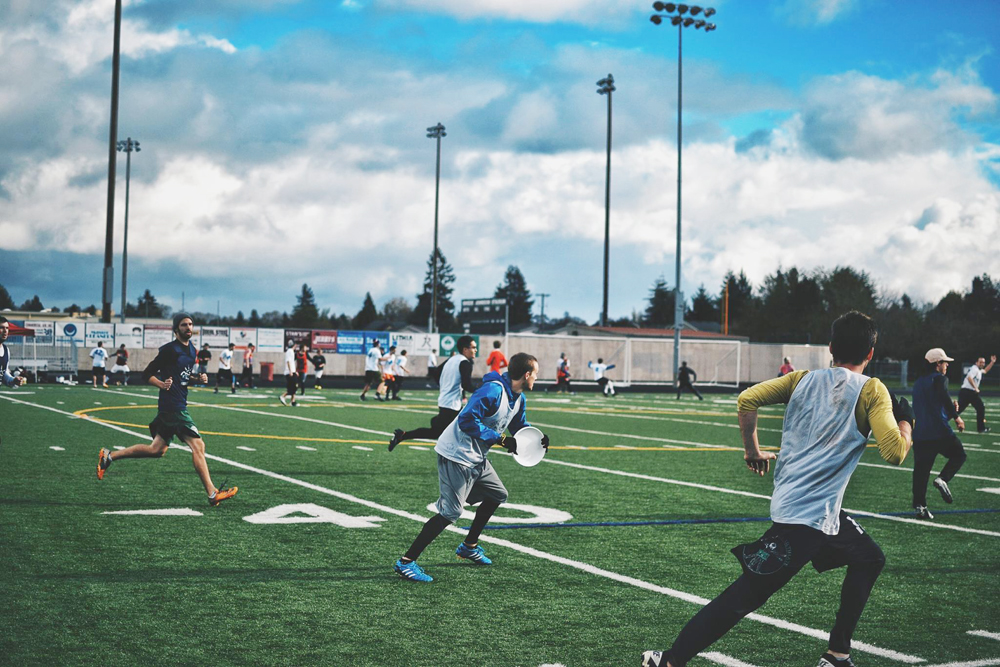 The Portland State University Men’s Ultimate team participates in a sport that is quite different from many others. In Ultimate, a team must synchronize, be creative and complete several passes in order to score. But the main aspect that separates Ultimate from all other sports is the use of referees, or their lack thereof.

The popularity of this sport has skyrocketed due to the fact that it emphasizes the spirit of the game, meaning that the players are responsible for enforcing the rules, placing the responsibility on each player individually to prove their sportsmanship.

For over 30 years, the sport has taken off to competitive heights without the use of any referees. Although that platform has served the sport well, the American Ultimate Disk League and Major League Ultimate have moved away from the self-officiated aspect of the game into a refereed affair. Now, as a sport recognized by the International Olympic Committee and played at the World Games, it shows how far the sport has come.

“It has really skyrocketed since I came here,” said team president Austin Kelly, who has been in the position for the past two years.
The PSU Ultimate club started six years ago as a co-ed team. Their numbers were low for budget, members and tournament participation outside of club. The state of the PSU club team was in a transitioning phase when Kelly was asked to take on a leadership role.

“The best part about being President is that you get to mold the team the way you want it,” Kelly said. “We aim to make the team progressively more competitive, a higher level of play for everyone involved, and having more committed players. It is my job to move the club in that direction.”

The progression of Ultimate can be seen through their funding, which has increased every year. When he first arrived, the funding was very low; now women’s and men’s Ultimate can afford coaches, traveling to and playing in tournaments.

Kelly started playing Ultimate during his sophomore year in high school, and his passion only grew since
that day.

Kelly played on his high school team where they would go to a few tournaments and always play at state champs. During that time, he considered the team a spirited group that wanted to have a fun, physical activity, not necessarily a competitive league.

To stay match fit, the PSU club participates in round robins, scrimmages and their own practices. Each term the team expects to play in three tournaments, and in each tournament they expect to play in 6–8 games. The average length of a match is an hour and a half, with two hours maximum if it should go long. These seven-on-seven bouts are played by 15 committed members of the PSU Men’s Ultimate Club.

In the fall term, Men’s Ultimate had a successful tournament at the Beaver Brawl in Corvallis that saw them go undefeated. They were undefeated in a local round robin at Lewis and Clark, where, in addition to the hosts, PSU also got to play Reed and the University of Portland. They played in Chino, California, in a field that consisted of Californian teams with OSU and UO as the only schools from Oregon joining PSU. At Eugene’s Oregon Fall Ultimate Disc Games, PSU went 5-1 to finish off a strong fall season.

This term they already participated in the Colluvium tournament held in Corvallis, with a five-on-five indoor tournament soon to come, and in less than a month they are going to participate in the Pacific Lutheran University BBQ in Tacoma, Washington.

The rest of the year will see Men’s Ultimate enter in their second year of sectionals with the hopes of qualifying for regionals. PSU is a Division-1 school, which creates an increasingly difficult path to regionals.

“I think we have a good, eligible team this year,” Kelly said. “There are five or six spots for regionals. As long as we beat one of the lower level teams we should be able to go.”

If you are interested in joining the PSU Men’s Ultimate club, Kelly has a message for you: “It is an extremely fun sport that has a very active community and social life that comes with it. Outside of practice, we are always doing team events.”

There are two coaches that will be able to get new members up to speed. One has been coaching with the club since its inception while the other is a professional ultimate player who is in his third year with the club.

To join Kelly and the Men’s Ultimate club, come to practices on Mondays, Thursdays and Fridays from 5–6:30 p.m.

Vikings to host Ducks this afternoon