Danny Delegato is 18. It has been less than a year since he graduated from Cleveland High School, and next month his band, The Hugs, will embark on a U.S. tour supporting the internationally acclaimed Walkmen.

Danny Delegato is 18. It has been less than a year since he graduated from Cleveland High School, and next month his band, The Hugs, will embark on a U.S. tour supporting the internationally acclaimed Walkmen.

After that, they will be flying to England to meet with possible producers for their debut LP on the formidable 1965 Records, a release that is sure to involve a world tour. For the moment though, Delegato is sitting in his house on Northwest Lovejoy Street, getting ready to play a string of basement shows that may prove to be the band’s last hurrah in an insular Portland scene that they are, regrettably, about to outgrow.

The Hugs’ road to their current breakout status traces back several years to when Delegato and his friend Kelly Mckenzie began writing fuzzy pop songs for performance in the dive-iest of Portland clubs. Playing lousy shows to small audiences, Delegato began to hone his songcraft, and eventually parted from Mckenzie to pursue the formation of what would become The Hugs.

Despite their somewhat noxious reputation for having eschewed the norms of the Portland music community, Delegato and crew were devout followers of the tight-knit indie-rock culture. They pulled inspiration from the sounds that populated their early high school years, and have created a unique sound that defies so narrow a definition as “retro.”

Even on The Hugs’ earliest recordings, it is apparent that the group possesses a gift for swagger that cannot be taught–which has only grown since their formation. Prior to their association with 1965 Records, The Hugs had a propensity for mining inspiration from the 1960s and that sound can be heard in their music to this day.

Sing-along melodies and fuzz-blasted guitars create a healthy approximation of pop circa the middle of the century, and Delegato’s songwriting mantra of “… really [thinking] about what people want to hear” pays off for the band as they craft tunes that wouldn’t have been out of place at Woodstock.

This songwriting aesthetic is what caught the eye of James Endecott, legendary rock A&R man and the driving force behind the band’s rapidly evolving career. Endecott has helped engineer the rise of The Strokes and Libertines, something he hopes to continue with The Hugs.

With the full support offered by his 1965 label, The Hugs have the chance to become the “next big thing” on an international scale, an opportunity that has been embraced by the band but has also brought uncharacteristic pressure to the group of 18-year-old musicians.

A group that had trouble getting a show at the Towne Lounge a year ago now has to prove that thousands of dollars in major-label investment capital was not spent in vain, a daunting prospect that has the band working feverishly on developing new material for their first release with 1965.

Despite the expectations being heaped on their commercial output, Delegato and his band have tried to remain involved in their hometown scene. Pulling opening slots for the Brian Jonestown Massacre and hosting basement shows at their new practice space on Lovejoy has helped the band feed off the “really good vibe” that Portland provides to upcoming musicians.

Delegato states that his “… whole motivation and manifesto comes from Portland,” and it is an unfortunate catch-22 of The Hugs’ developing career that they will soon be compelled to leave their hometown behind in search of a wider fan base.

Before their imminent departure, however, they are set to play a series of dates that will give Portlanders a chance to see their latest prodigal sons in the cramped basement clubs they know and love. This Friday at The Modern Age (located in The Food for Though Cafe), The Hugs will be putting on what is sure to be a sweaty, frenetic performance. The show starts at 9 p.m., and at $3 it’s a tough offer to pass up. Also, The Hugs are kindly opening up their practice space on Lovejoy for a series of shows and parties that will continue up through the New Year. For more info check out www.myspace.com/thehugsgowild.

The Hugs’ future is hard to tell at this point. It is entirely possible that they will use their opportunities to the maximum effect and usher in a new age of psychedelia or become the transatlantic pop darlings who their label is betting on. There is also the looming option that their bubble will burst early and leave them stranded in record-industry limbo. Whatever the outcome though, their hometown will be happy to have played host to their inception and proven that, as Delegato puts it, “It’s all about the love.” 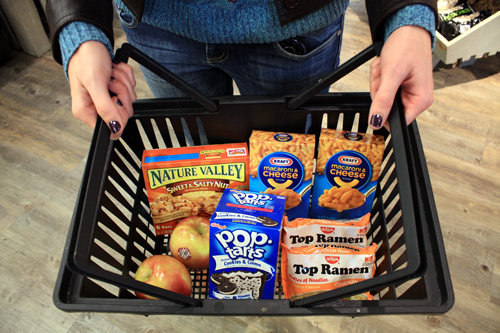