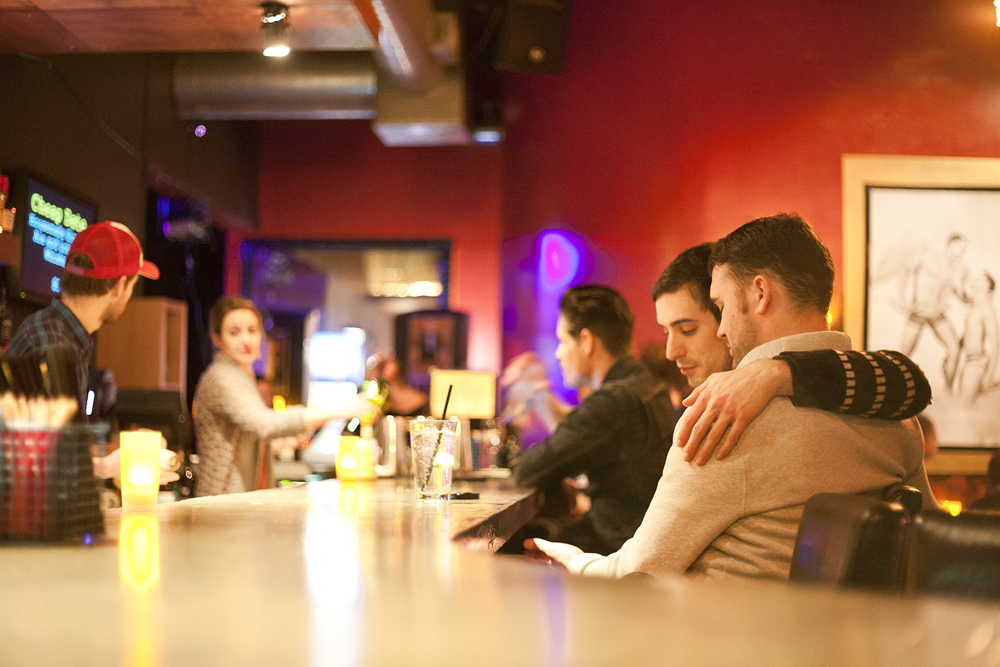 Portland isn’t the most prominent of gay meccas but it’s certainly on the map. As the state’s gayest city, there’s surely no shortage of gay-friendly businesses here. Whether you’re looking to bro down with some sports, see some heli-penis in action or channel your inner Britney (praise be unto Her), there’s a little something for everyone.

I’ve always envisioned myself opening a gay sports bar called Balls. That being said, you can imagine how my dreams were shattered when I found out about Portland’s premier gay sports bar, Joq’s. Lucky for me, it was the best sports bar I’ve ever set foot in! This is mostly because it was full of sassy bears, but also because there wasn’t a single game on one of the three televisions (we were watching Comedy Central and the Food Network). If you need condoms, they’ve got a whole dispenser in the bathroom. And more importantly, if you need corndogs they’re only $1.

Rumor has it the food here is bomb dot com, and while I’ve never actually eaten here, I’d be willing to vouch for it on account of drinks and environment alone. Crush is right in the heart of trendy inner Southeast, so if cruising to the bar by bike in Doc Martens is your jam, this place is for you. Feeling inadequately cool for hipster central? Don’t sweat it; every interaction I’ve had at Crush has been a level of friendly that is generally uncharacteristic of the neighborhood. That and the art on the walls is killer.

Walking into CC’s can easily go one of two ways: You’re either immediately carried off by a party train into meat market oblivion or you’re forced to make a mad dash for the bar because, well, you just aren’t drunk enough. Whether it’s the former or the latter, the drinks are usually as strong as the studs who pour ‘em and the fabulous drag queens will have you asking, “Where the hell did she put it?” The bouncers at CC’s have a reputation for putting the kibosh on tomfoolery, so try not to act like an idiot if you don’t want to be tossed on the street by a really beefy bald dude.

I’ve never had a penis, but I’ve always said that if I ever magically grew one I’d probably do the helicopter for a week straight. For this and other reasons, Silverado is nothing short of inspirational. Stage boobs not your bag? Grab a stiff one (I’m talking about a beverage, you perv) and prepare to see a few things that you won’t be able to unsee. Be mindful on your way out of the bar, that part of the city tends to get a little seedy after hours.

Bring on the party, Atmosphere