The first two weeks of October have been beautiful. If there were a God, we could say that He or She or It had blessed the students of Portland State University with ideal fall weather. Sunny but not hot, warm with a cool breeze, the first few weeks have been perfect for eating and studying outside in the Park Blocks, or even having class there. Actually, it would be preferable to study outside, despite all the distractions, because the temperature inside the classrooms has been awful – tit nipply in one room, crotch-sweatingly hot and humid in the others. Perhaps, one would think, this is something that could be fixed.

I’m taking four classes. I ride my bike to each. In the Art Building, after a 20-minute bike ride, I cool down quickly and then, like everyone else in the room, I have to bundle up. It’s cold in there. Our professor encourages us to bring sweaters and mittens, earmuffs and winter caps, because she has classes in two rooms, and this is the cold room. The air is always on, and no one seems to know how to shut it off. No students have actually brought mittens, but we do put our hoods up and our hands in our sweatshirt pockets. Some just lean down in their chairs and put their jacket collars up.

When I get to the other three classrooms – in Cramer Hall, Shattuck Hall, and Neuberger Hall – I’m sweating in each of them. I’ve ridden my bike to each, yes, but half an hour into the class I should have cooled down. No one else looks comfortable, and a few of the students complain about the heat while fanning themselves with their shirts, sending a fresh, personal stink to all around.

In our classroom in Cramer Hall there are no windows, there is no doorstop to keep the door open, and until last week there was no clock, either. It’s a literature class, so we have to use our imagination to fully experience the books we’re reading. Someone suggests we imagine up some open windows. When the teacher brings her own doorstop in her purse, on the same day the clock appears, we finally get some airflow, three weeks into the term. And then we get to hear students walking down the hall, talking to their friends on their cell phones. Who would have thought there were classes going on in these classrooms? Certainly not students walking down school hallways, going to or from class during the school year.

In Neuberger Hall we have a doorstop, but we have the same open-door problem. Fortunately, we have windows. Unfortunately, they don’t open, so we are two-dozen studious, smelly puppies locked in an Astro Van with the windows rolled up.

In Shattuck Hall it’s even warmer than in Cramer or Neuberger, but there are windows, and they do open. We can only open them a little, however, because of the noise outside.

1. If it’s perfect outside, we probably don’t need to turn on the heat. Simply put, we should only have the heat on inside when it’s cold outside. Note: rain does not equal cold.

2. Where there are windows, let’s make sure that we can open them. This will help air flow through the room, thus allowing students and faculty alike to breathe clean(er), rather than stale or recycled, air. As a bonus, airflow also has a pleasant cooling effect.

3. Shut the fuck up. You know you’re in school. If you’re walking past rooms and there are people in them, don’t talk. Those are classrooms, and, yes, those people are students taking classes. You’re never more than about 12 seconds from being outside. Wait those 12 seconds and make sure you’re outside before you start talking to your buddies, whether you’re walking and talking with them or talking to them on your phone. You don’t have to prove to anyone that you have friends. This isn’t high school. This is college, and nobody cares. If we can follow this suggestion, we can leave classroom doors open, which, like suggestion No. 2, will also aid airflow.

As we know, our so-far perfect autumn will soon turn into the typical rain season, and the rain and the heat will combine to form a humid, even less pleasant study environment. As such, we should remedy the troubles detailed above, using the suggestions above or better ones. 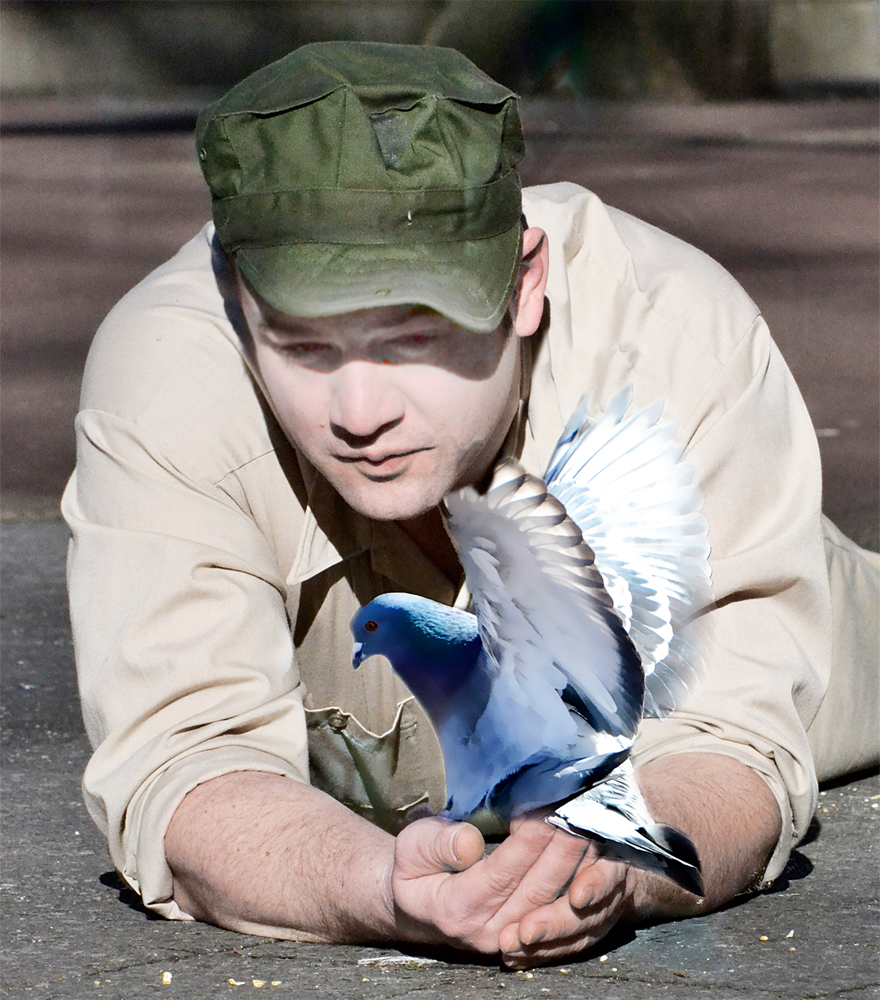 Jewish Theatre Collaborative and PSU team up for new play, ‘A Pigeon & A Boy’