Jay Kenton, Portland State’s chief financial officer since 1988, is moving on as of June 30 to become vice-president for Finance and Administration at Central Washington University, Ellensburg, Wash.

Jerilyn S. McIntyre, CWU president, said Kenton will begin his new job July 1. He was among five finalists for the position, screened by a 15-member search committee.

As chief financial aide to George Pernsteiner, PSU vice president for Finance and Administration, Kenton earned respect for both his competence and his accessibility. In a memo to the university, Pernsteiner stated, “Jay’s loss to the PSU community is incalculable.” Pernsteiner continued, “Jay Kenton’s service to the campus community is legendary.”

His official title at PSU is associate vice-president for Finance and Planning. Pernsteiner cited some notable achievements Kenton has marked up in his 14 years here. He led efforts to install both financial and human resources systems. He presided over the reengineering of business processes.

He guided the university through the adoption of the new Oregon University System budget model and spearheaded numerous administrative changes ordered by the state legislature.

Kenton drew respect for his ability to bring campus-wide participation to the budget process. Most recently, he has involved himself in future planning designed to bring Portland State to world-class status.

In Ellensburg, McIntyre commented, “He has a wealth of experience as a business and financial administrator and as a member of the faculty.” She said Kenton looks forward to also joining the faculty in a teaching function after about a year of settling into his new post.

Kenton earned his doctorate in public administration and policy from PSU in 2000. He received his bachelor’s and master’s degrees from Oregon State University in 1981 and 1989 respectively.

Kenton was quoted in the Ellensburg media as seeing a difference in his role there from that at Portland State. He said, “On numerous occasions I have been asked to testify on behalf of the Oregon University System in legislative budget hearings.”

But, he said, the state of Washington provides a different environment. “In Washington, the universities have more autonomy. It’s a more competitive environment. So, I’m looking forward to trying to effectively make the case for increased revenue and resources, specifically for Central Washington, before the legislature.”

At Central Washington, he succeeds Abdul Nasser, who became vice-president for Finance and Administrative Services at Central Michigan University.

Complaints from the countryside 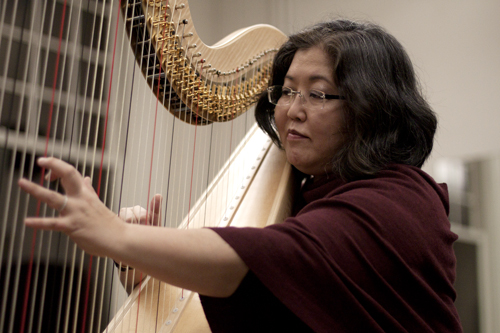