Portland State Vikings defense put on a show at the football teams scrimmage, Saturday, May 6.

The final scrimmage before the spring game next weekend had a lot of telling signs for the future, including potential starting running back Mu’Ammar Ali and a revamped defensive line. The line was the most impressive, recording seven sacks and limiting the entire Viking offense to only one score for the day. Ali gained 19 yards on five carries and also had two catches.

“The hardest thing for these guys is seeing the light at the end of the tunnel. We are getting a good taste of it, but the spring game will really show which side has improved the most,” said head coach Tim Walsh.

The only touchdown was on a quarterback draw by junior transfer Danny Morales from 15 yards out. Morales looks like the leading candidate for the back-up role to Sawyer Smith. Both quarterbacks had some success against the strong Viking defense; both were six for seven passing, with Smith gaining 49 yards and Morales, 58. The most important thing for new offensive coordinator Jeff Hoover is to help the Vikings find more balance.

“Right now we are just getting to know each other, but not a lot has changed.” Hoover said. “There were already a lot of great things established. I am here to mix in a more balanced attack for our offense.”

After back-to-back, 1000-plus-yard seasons by two different running backs, the coaching staff doesn’t seem worried about finding a replacement running back. The most important thing is making a balanced attack so opposing defenses won’t stack the line. Last year it was obvious that no one respected the Viking pass attack – for good reason. However, this year coaches will use that expectation to their advantage by using a lot of play action and three wide receiver sets to confuse opponents.

The Vikings will have to use every trick in the book, because this coming season will be the toughest schedule ever. The Vikings are set to face three Division I-A schools this fall including New Mexico, University of Oregon and the California Golden Bears.

The coaching staff believes their program to be ready for the challenge, especially after last week’s announcement that former Vikings running back Joe Rubin, wide receiver Shaun Bodiford, and tight end Scott Weaver all received NFL undrafted free-agent contracts. Rubin signed with the Washington Redskins, Bodiford with the Detroit Lions and Weaver to the Houston Texans.

“Talk about a great opportunity, that three guys from our senior class are able to move up to the next level.” said Coach Walsh.

“It is great to see, because that totally opens up doors for us on the football field to see those guys going to the NFL. It also draws help and attention to us here at Portland State. This shows people that PSU can be a stepping stone to the next level,” said senior wideout Brendan Ferrigno.

Spring football is a time for the players to learn their offensive or defensive schemes, for starters to emerge and for leaders to establish themselves. Because the Vikes have lost leaders like Rubin, Bodiford and Weaver the team is desperate for young guys to step up. Spring brings the leaders that will win the football games in the fall. One leader is very sorely missed at practices: Ed Macon, who died in an automobile accident in March.

“Ed was actually my roommate for awhile and a real close friend. I think about him everyday we are out here. Ed was a motivator and we are really missing that right now,” Ferrigno said.

The loss of Ed Macon has affected everyone on the football team. The coaches, in particular, miss Macon’s hardworking attitude and passion for the game.

“He is really going to be missed, we were expecting this year to be his breakout year.” Coach Walsh said. “The main thing is enthusiasm, and Ed had genuine enthusiasm.”

Leave it to Don Draper 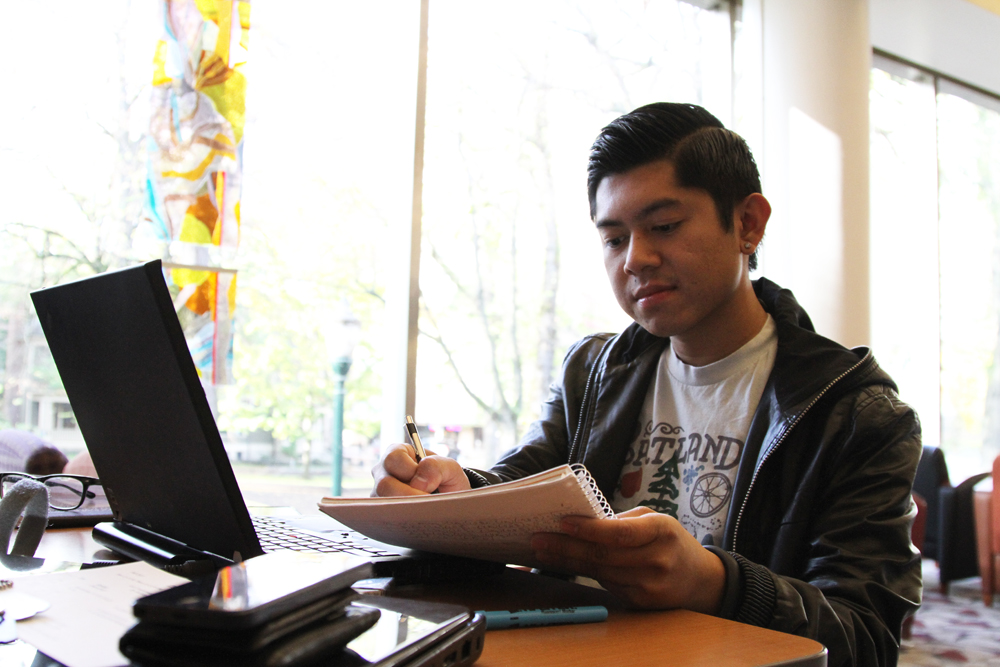 PSU Gets Hip with Social Media