Martin Luther King Jr. is widely revered as one of the most influential individuals in U.S. history. For this reason, Portland State holds an annual weeklong celebration in honor of MLK and his accomplishments. This year, however, the cultural centers at PSU will put a new spin on this monumental holiday. 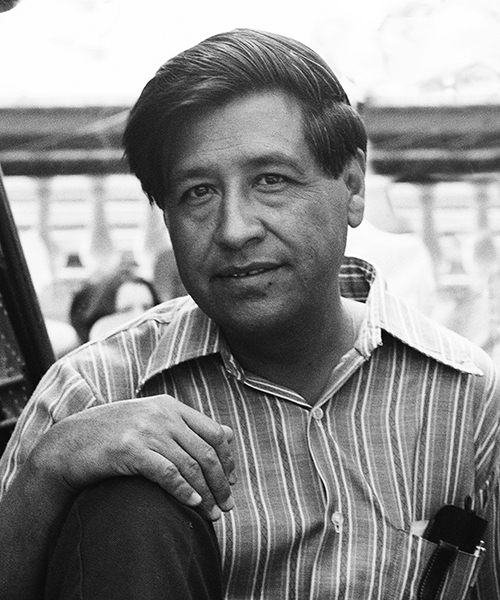 Legendary Activist Cesar Chavez is the subject of the documentary Viva La Causa, screening this week on campus. Photo by © Jesus Garza.

Martin Luther King Jr. is widely revered as one of the most influential individuals in U.S. history. For this reason, Portland State holds an annual weeklong celebration in honor of MLK and his accomplishments. This year, however, the cultural centers at PSU will put a new spin on this monumental holiday.

On Jan. 16, the cultural centers, which include La Casa Latina, the Multicultural Center and the Native American Student and Community Center, will screen the short film Viva La Causa: The Story of Cesar Chavez and a Great Movement for Social Justice to honor MLK as well as the lesser-known social justice fighters who were also prominent in his time.

“This event specifically highlights some activities that were happening around the time that MLK and his allies were active, but it’s specifically about Mexican and Filipino farm workers,” said Cynthia Gomez, director of PSU’s cultural centers and professor for the University Studies senior capstone. “We’re showing the film to highlight and educate the PSU community about the many social and political activities that were happening during that time.”

Viva La Causa is narrated by George Lopez, the Latino comedian. Although he is known for his stand-up, Lopez’s tone and inflection impart seriousness throughout the film as he talks about struggle, injustice and oppression.

The film describes the lives and hardships of the campesinos, or farm workers, during Chavez’ time. Chavez led hundreds of farm workers in many nonviolent strikes, or huelgas, against the farms they were working for in the hope of gaining better working conditions.

During Viva La Causa, which comes in at a bit under 40 minutes, viewers witness not only
inhumane conditions and treatment but also the collaboration between different communities and the union for justice. Gomez shows the film to her senior capstone class every year, and the reaction, she said, is always the same.

“Many students really didn’t know anything prior to the film, and were surprised after having watched the film that they had never been taught any of that information previously,” Gomez said. “They had no idea people like the Kennedys were involved with the boycott of the grapes that the film centers around, or the national boycott of certain grapes that came from a certain part of California where certain people’s rights were being violated. They didn’t know the experience of the farm worker, what they did or what they looked like.”

The experience of the workers is vividly depicted in the film. Women describe feeling humiliated in the fields when they had to go to the bathroom because there were not separate restrooms. Airplanes spraying pesticides loom over the fields as the workers pick produce. Little run-down shacks were what the workers called home.

One woman recalls an instance in which she was part of a 40-person crew and the only
water they had was in one soda can. Former striker Carolina Franco speaks in the film about this experience: “My mouth would just…I could feel the germs crawling through my mouth.”

Another woman describes the field-working children’s hands, which were smaller than the fruit they picked. This film, Gomez said, is important both because of its content and because it helps begin a necessary conversation that takes a close look at society today.

“I do think it’s important to watch this film. I think that when we’re looking at models of social change, Cesar Chavez is a very inspirational model, and one that was very highly effective in bringing about change,” Gomez said. “It wasn’t just at the social level but it was also at the institutional level—laws and policies that were changed mostly through unions but also through government and the creation of policy and policy reform. I think it’s an important film because it shows us what is possible when we come together and present a united front with a common issue.”

Whether it’s Cesar Chavez, Martin Luther King Jr., Gandhi or any other great social justice leader, it’s important to focus on human equality, justice and the constant movement to better people’s situations. PSU, Gomez explained, is a school that aims to cover these issues.

“In this day and age, as a society we tend to do things in buckets and not necessarily collaboratively, and something that PSU really aims to do is to work together with policy reform and institutional change,” she said. “This film is a very good example [of] how we can apply those same principles to today’s realities.”

From the mouth of the director