Dear President Wiewel, My name is Lisa Meersman and I received a Bachelor’s in Community Development from Portland State this last December. When I started at PSU as a freshman in 2008, I founded Take Back the Tap at Portland State with four other students. I continued to coordinate the campaign until December of 2012, when I graduated.

My name is Lisa Meersman and I received a Bachelor’s in Community Development from Portland State this last December. When I started at PSU as a freshman in 2008, I founded Take Back the Tap at Portland State with four other students. I continued to coordinate the campaign until December of 2012, when I graduated.

Over the years, we, the students of Take Back the Tap, have worked hard to create meaningful change on the PSU campus and we have gained significant support from the PSU community. I am pleased by the successes of the campaign, the local and national attention we have gathered around the importance of choosing tap water over bottled water and the efforts the campus has made to reduce bottled water consumption.

However, as a Portland State alum, a citizen of Portland and a member of the global community, I was embarrassed to attend last week’s “An Evening with Tim Wise” and see Dasani bottled water placed on the podium. In a city that sources its water from a watershed with some of the highest quality of surface water in the U.S., it makes no sense to promote bottled water. Selling bottled water is a multibillion dollar industry that perpetuates environmental degradation, social and environmental injustice and resource privatization. As a university that values sustainability, it makes more sense to show the community that we are proud to serve Portland tap water, not only because of its quality, but also because it aligns with our vision to be internationally recognized for our sustainability efforts.

In November of 2011, you sent a letter to the campus community indicating the establishment of the “Sustainable Drinking Water Task Force,” an initiative designed to promote the use of tap water over bottled water. In this letter you said, “Plastic bottles are both a symbolic and significant contributor to campus waste. Many end up in the garbage rather than recycling. Production and transportation of these bottles generate additional environmental costs. And the $2 spent on a 16-ounce bottle of water could buy more than 700 gallons—enough to fill 5,600 bottles—of Portland drinking water, which is some of the world’s best.” You also stated that plans are “only as good as the actions that follow.”

Where are the actions that follow? Why are we still promoting bottled water by serving it on the podium of our internationally acclaimed guest speaker while he was discussing social justice? I am aware that you were not the one who personally chose to feature bottled water at the event, but the ultimate responsibility for leadership on this issue does fall to you. The problem lies in the disconnect between our values and our practices, and integrity is the most critical element of being a leader. Tim Wise’s message was inspiring: it starts with each of us to be the change for our world. We need the entire campus community to take responsibility for their actions.

Is PSU truly a leader in sustainability? If so, let’s be a role model for other institutions by putting into practice the values we so often talk about. To begin, we can make the simple commitment to proudly serve Portland tap water. 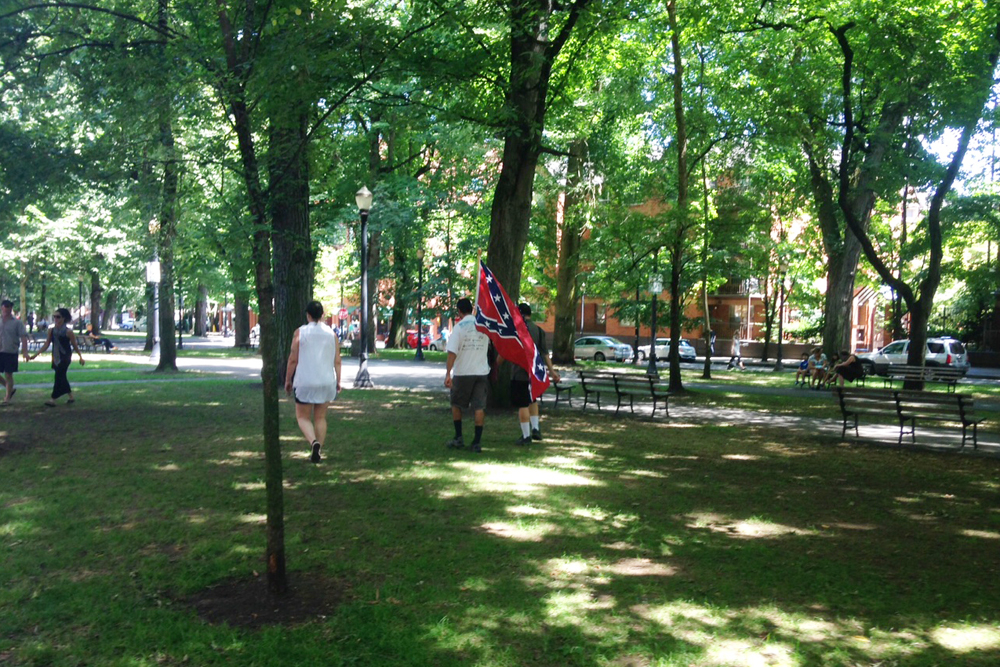 Letter to the editor: On waving Confederate flags on campus