Brenner’s colleague defends him of wrongdoing

As a former colleague of Michael Brenner at the Daily Egyptian, I have kept myself abreast of the news regarding this situation. Once again, another college publication has left me shocked with its black-and-white indictment of the situation, failing to realize that it too could fall victim to this same pitfall. It is worth noting, Mr. Tanner, that your article, ironically titled “Journalism Ethics 101,” [Sept. 27] commits the offense of libel; Brenner has not been found to have knowingly committed any wrongdoing, and our media in this area have continued to investigate this incident. For you to drag his name as a willing accomplice in this article, while possibly true, is not beyond a doubt. Your fact checking has failed here in the same capacity as his did. Also, while we’re on the topic, you might want to check the spelling of Jayson Blair’s name. Or that of Stephen Glass’s. Unwittingly, you have put your own point on display: With journalism comes a certain, unending responsibility to truth and accuracy, and you, just like Brenner, have failed the test.

[Ed. Note: the column referenced is an opinion column and does not reflect the views of the Vanguard editorial staff.]

No proof Brenner in on fabrication

Your editorial [“Journalism Ethics 101,” Sept. 27] is just another piece of poorly written and abysmally researched schadenfreude. I spent days and traveled hundreds of miles reporting this hoax, and found no conclusive evidence that Brenner was in on the fabrication. Neither did the Chicago Tribune, who put seven reporters on the story. You admit the actors were "duped," but you assert without evidence that Brenner was in on the fabrication. It’s easy to see why – the foundation upon which you build your sanctimonious attack crumbles otherwise. What do you have to back up your claims? You appear to have skimmed at least one newspaper story. Congratulations. Also, if you’re going to scold a newspaper for its mistakes and bemoan the state of education today, you might at least want to make sure you know how to spell "press corps."

[Ed. Note: the column referenced is an opinion column and does not reflect the views of the Vanguard editorial staff.]

How many Vaguard Writers does it take to write a brief?

Did it really take three people to write this brief [“Student affairs top official leaves post,” Sept. 28]? Dr. Samuels’ ouster is long-needed medicine and there is zero doubt that this story is much more complicated (and interesting) than this quote-less brief makes it. Hopefully, these three reporters can dig a little deeper and expose the reasons behind his ouster.

Gaps in Division I reporting

I hate to point out, but Mr. Smith has his facts wrong [“Understanding the gap,” Sept. 27]. Div I-AA is in fact, fully Div I. It’s a sub-classification within the Div I system sure, but that doesn’t mean that any school that plays I-AA football is any less a Div I school across the board. I suggest that before you call for changes in the Big Sky, Mr. Smith does some research into Div I football and learn the basics.

In fact, I direct Mr. Smith to the NCAA website. There are Div I schools, Div II schools and Div III schools.

Higher One cards cause confusion

Looking to the future, freshmen this year were sent student IDs without a picture. These cards access financial aid, the library, and have your student ID number on them. And without a picture all this info can belong to anyone who happens to get your ID card in the mail.

Moreover, weren’t we promised that these cards would streamline the process, and not cost us extra money? Now we find that students had to wait hours for a picture because they were sent cards without pictures and now have to pay to get pictures. Or we have students who did not get their card at all and now have no way to access their financial aid. Also last year weren’t we also promised that they either fix the doors or the cards so students did not have to carry around two cards? Now we have to pay for them both.

This system has problems and they are not small. We need someone to look at what we have been promised, where the cards are failing, and fix this before it affects yet another group of students. 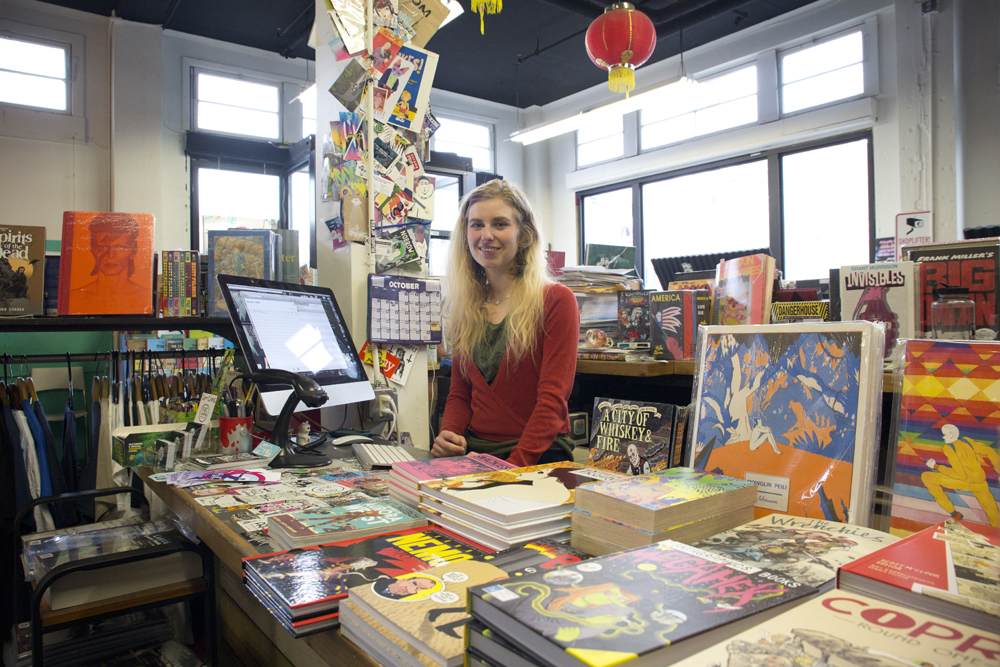 The best comics, according to the clerks who sell them