How can I be happy? George Rohrich, leader of the Manifest Men’s Wellness Community life-coaching group for Portland State students and community, helps people find that answer. 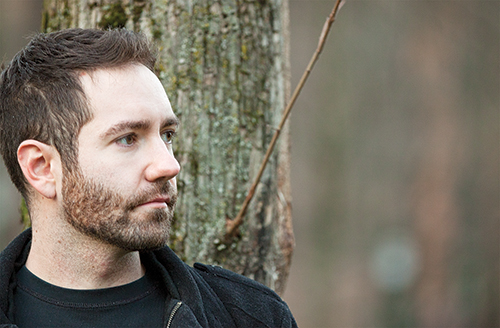 How can I be happy?

Starting today, and every Tuesday thereafter, the group will convene for an hour and a half at at nearby St. Stephen’s Episcopal Church. The purpose of the nonreligious meeting is to provide encouragement and social support to all people identifying as men.

“Our focus is on people struggling through difficult times,” Rohrich said. “I don’t know of anyone doing that more than students.”

A typical session, Rohrich explained, involves meeting around lunchtime, providing a nice intermission between classes. The members check in with each other and then discuss a prearranged topic such as time management, relationships, dating advice or personal finance.

“We have about four to six people coming every week,” Rohrich said, with lots of window-shoppers checking it out for a session or two.

Rohrich is a PSU undergraduate student who spent the last 10 years in social work. He’s not a licensed counselor, though he emphasized that the point of the meetings is not formal therapy but support and encouragement for PSU students and local community-members.

The group was formerly affiliated with PSU and sponsored by the Queer Resource Center. However, it was forced to move off campus after fall term because of the university’s decision that the group’s function was too close to that of therapy.

“It’s one of those things where everyone is looking after the rules,” Rohrich said, expressing no malice or disagreement with the university’s decision. Rohrich was more interested in getting the group going again this term.

Cathlene McGraw, coordinator of the Queer Resource Center, confirmed that the QRC was no longer affiliated with the group. She did, however, speak highly of the purpose and goals of the group. She declined to comment on whether the QRC agreed with the university’s decision.

Bart Church, program director of the group’s sponsor organization, Manifest, explained more about their mission. Manifest is a 501(c)(3) nonprofit, which means it operates for public charity. Founded nine years ago, it seeks to create a “wellness community” that provides social support and activities for men in the Portland area.

Their goal, according to Church, is to “help men prevent and address chronic illness and achieve their goals by practicing together in 80 different classes, activity and support groups.”

The activities all cost a small fee for overhead, but Church said that no one would be turned away for lack of funds. Church said there is no religious or ideological affiliation to the organization. Additionally, he pointed out that one of the aspects that makes his organization unique is that leaders are trying to grow and learn alongside students.

He disagrees with the traditional barrier between teacher and student and is of the opinion that a teacher has a lot to learn along with his students: “Sometimes you’re an expert, and sometimes you’re not,” he said.

He continued, “We’re action oriented. We’re biking, hiking, doing yoga and just encouraging people to learn with their peers.” The organization is funded by donations from members and participants.