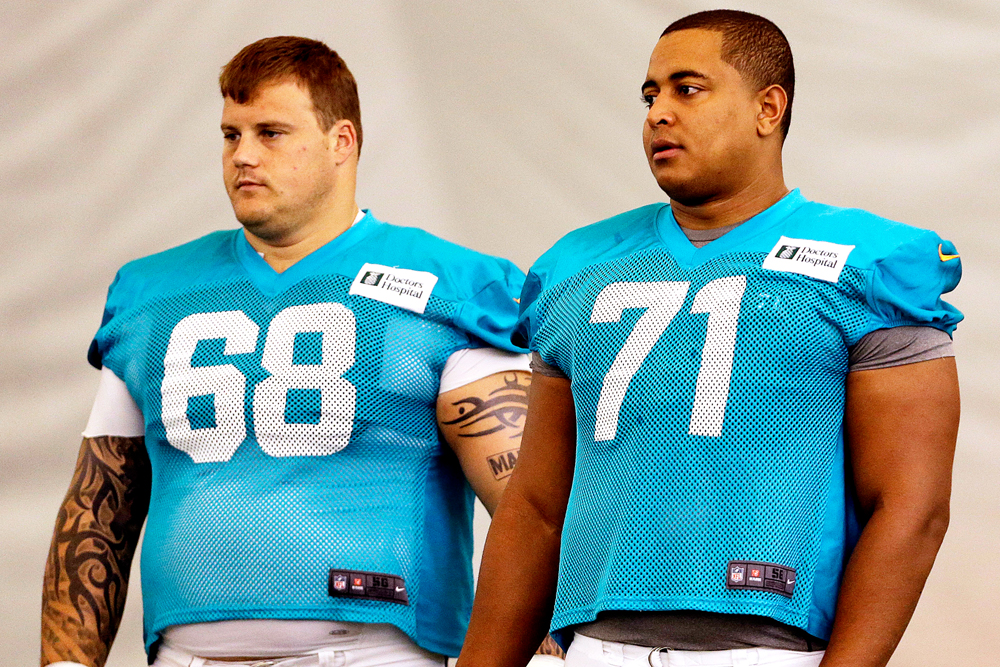 If you’ve been following the NFL Miami Dolphins controversy at all, you know that what happens in the locker room and usually stays there has now been splashed everywhere. And it’s a very good thing, too. The accusations of bullying have shed a whole new light on the mysterious NFL culture of brotherhood that has been mostly under the radar.

A few weeks ago, reports surfaced that second-year lineman Jonathan Martin had abruptly left the Miami Dolphins. It soon became apparent that he did so as a result of what he said was “player misconduct.” Alleging “a malicious physical attack on him by a teammate, and daily vulgar comments,” Martin’s camp named Dolphins veteran offensive lineman Richie Incognito as the main perpetrator and said the behavior had gone so far that Martin felt he could no longer remain in the organization.

It’s all still up in the air as to who did what. Suspended Incognito’s got a checkered reputation from his college days for being a jerk (to put it politely), and a voicemail he left for Martin in which he used the n-word has been widely publicized. But there’s an ongoing investigation. Ultimately, nothing has been proven.

The outcome of this case is less interesting than the public response, however. As is often the case, there are two very split camps: some calling for Incognito’s firing, and others saying
Martin was a big enough boy to have stood up for himself. Bullying brings about a fascinating dialogue, especially when you’re talking about men who weigh over 250 pounds and stand over 6 feet tall.

There still seems to be a perception that someone big and strong can’t possibly be bullied. In a USA Today interview, Giants safety Antrel Rolle said, “Jonathan Martin is a 6-foot-5-inch, 320-pound dude. I think he should be able to stand up for himself and say ‘No I’m not doing it.’…If he takes it out of line, you take it to a higher power. Either you take care of it yourself or take it to a higher power. He’s the one that’ll be in trouble, not you.”

How little we know, and sadly, how far we have to go.

It’s mind boggling that people still think somebody’s physical size defines whether or not they can bullied. It’s right along the lines of the old “sticks and stones” quote that we all know is a load of rubbish. Also, apparently people think that as a victim of bullying, all you have to do is tell someone in authority and they’ll take care of it. Yeah, if you live in a place called denial.

Go to any playground and you’ll find out pretty quickly that this method doesn’t even work for the youngest and tiniest members of society. How many of us who experienced bullying found that it got worse when we told our teachers? There’s a reason why so many victims suffer in silence.

Another fascinating discussion has re-ignited around the use of the n-word, specifically when it comes to sports. I’ve watched several interviews where commentators, current and former players and analysts have discussed the word in the context of the locker room. Almost every person affiliated with professional sports concluded that as hard as it is for us on the outside to understand, the use of that racial slur is simply part of the “culture.” It’s how players show affection for each other, and we can’t possibly understand unless we’re in the inner circle.
Former basketball player Charles Barkley recently said, “The language we use in the locker room, sometimes it’s sexist, sometimes it’s homophobic and a lot of times it’s racist. We do that when we’re joking with our teammates, and it’s nothing personal.”

I get culture. I get that I’m not a football player and that there are just some things I will never understand about that arena. What I don’t get is how employees in a professional
workplace can claim the right to use sexist, racist and homophobic language and brush it off as “nothing personal.” Try that in a law office, or as a teacher, a CPA or a postman. You’d be fired in a minute. Why are grown men who make millions of dollars a year above the rules that every average American abides by in their workplace? They shouldn’t be.

Instead, I’d like to take a page out of Tony Dungy’s book. He’s a former Indianapolis Colts coach and an overall amazing human being, who coincidentally passed on Incognito in 2005 due to his questionable behavior. “A football locker room,” he maintains,“and any workplace has to be a place where no matter how you are as a person, no matter what your personality is, that is respected. Everybody is not the same in a locker room. You’re not going to get 53 people that all fit in the same way. I think good teams and strong organizations promote that type of environment, where you don’t have to be like everyone else to flourish.”

No one should ever have to quietly endure pain that someone else says “isn’t personal.” It’s not acceptable for sexist, racist and homophobic language to be chalked up to a sports thing, and bullying shouldn’t be either. Athletes are employees, which means their bosses need to get a clue and treat them that way by asking them to achieve a standard of excellence in all they do, on and off the field. 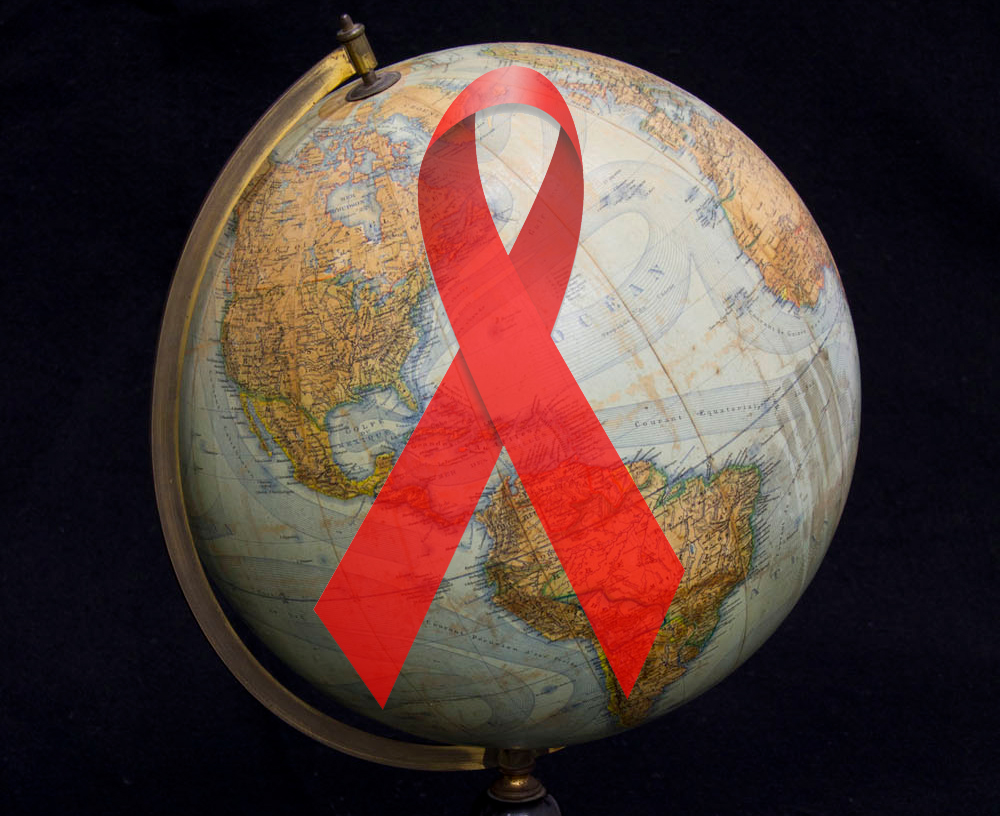 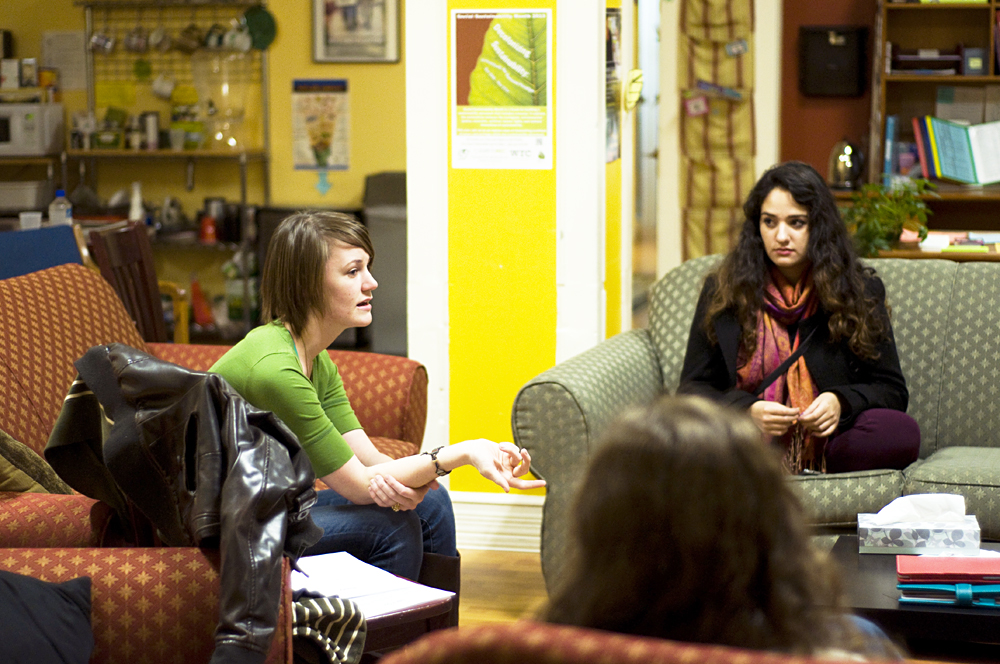 Resource Center for Students with Children gets revamped

Invisible Children vs. Joseph Kony…and everyone else