After failing to publish for nearly a year, Portland State’s conservative student publication The Portland Spectator is struggling to put out an issue while searching for a new editor.

The previous editor, Shah Smith, had long been involved in The Portland Spectator, but failed to publish for the 2005-06 school year. The publication received approximately $25,000 for the year in student fees to print nine issues, which is not likely to happen.

“I came back in the fall and was just overloaded,” Smith said. “I tried to make it work when I should have handed it off. That was really my mistake.”

After being hired to be The Portland Spectator’s editor last spring, Smith stopped coming to PSU to pursue a work opportunity. He received permission from the Student Publication Board to continue as editor, conditional on returning as a student the following term. The Portland Spectator has not published since March 2005 because staff members could not proceed with publication without an editor.

“Our main focus is going to be getting more people involved who are excited about it,” said Crystal Rea, who is currently the only applicant to be the new editor. “We just want to get a conservative voice out.”

Rea is new to The Portland Spectator and has not been hired as editor, but produced the most recent issue for January, which will be published in February.

Much of The Portland Spectator’s 2006-07 school year budget has been put in a reserve, to be released after the publication submits proof of publishing two issues.

“[Smith] was the only one who knew how to work the computer program,” said Amanda Newberg, staff writer for The Portland Spectator and vice president of the College Republicans. “None of us could do anything without him, and he wasn’t there for us.”

Smith had a long involvement with The Portland Spectator since its conception in 2001. He became editor in November 2004, after a resignation by Brian Searles, whom the board had appointed for that year.

“Basically, we printed three issues last year,” Smith said. “I came in late in the year after a whole fiasco with an editor that our adviser tried to install. I got very little help from our adviser; he went out of his way to be obstructive.”

“My mission here is to ensure that students exercise their voices, no matter what they are,” Randall said. “I encouraged him to publish a magazine at every opportunity.”

The new staff and potential editors of The Portland Spectator plan to start publishing every month from now until June, although they will not be fulfilling the nine issues that their budget for the year was based on. The publication takes a magazine form, with a cover design layout lifted directly from The Economist.

The deadline to apply for editorship of The Portland Spectator is Feb. 7, and interviews and a decision will take place on Feb. 10. 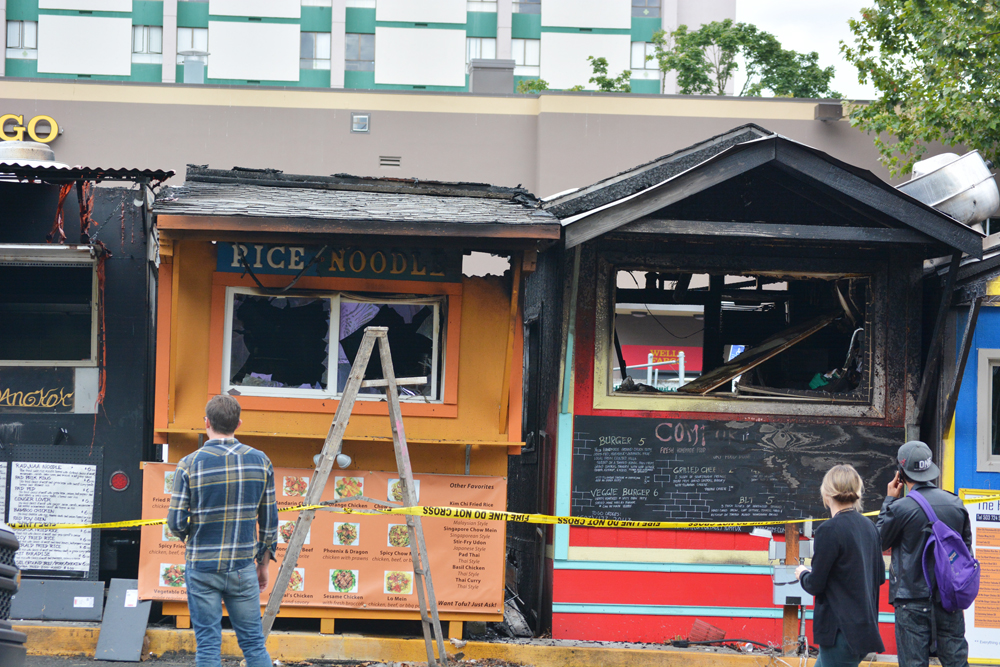 Coffee & Power moves into the neighborhood