Last term during dead week, as I was walking to my morning class, I was stopped by a woman standing in the bed of a truck offering me a free energy drink. Despite my initial hesitation, the college student in me couldn’t help but accept the free beverage.

I have always been wary about the effects of energy drinks, and after having waned my large dependence on caffeine I do my best to avoid it when possible.

Despite this, later that night as I began studying for my finals, I indulged in the calorie-infused liquid poison and found myself reinvigorated and focused. The sudden sugar rush kept me moving and I didn’t find myself distracted by my phone or random Internet articles.

The effects were so well received that a few days later I bought two more at the store and tried to use them to help me stay awake to study at night. However, the next time I drank one I woke up with a splitting headache and felt extremely groggy. By the time I drank the third I had such an intense caffeine crash I became volatile and extremely agitated, making it impossible to be productive.

I’ve never been one for shortcuts when it comes to studying. I’ve never pulled a true all-nighter, I’ve never taken Adderall and I’ve never crammed at the last minute.

My brief stint with the energy drinks this last fall was a nice reminder as to why attempting to find some secret trick to doing well during finals week is a bad idea.

I know everyone has that friend who swears they never went to class, hardly put in any effort, crammed at the last minute, managed a B on the final and then passed the class. I don’t doubt those people exist. I’m just of the opinion there are better approaches that don’t make students seem like a bunch of lazy slackers who care more about tests than their education.

As midterms are approaching, I’m sure many people could benefit from a study aid that is not only natural, but 100 percent free. Sadly, it also seems to be the most neglected.

Sleep is one of the most crucial things you can do to be successful in school. Sleep not only gives you the strength you need and makes you more pleasant to be around, but it plays an important role in memory and cognition.

While you are sleeping memories are cataloged according to their relative importance, making them more accessible. Sleep also protects new memories from being disturbed by other experiences and information.

A study conducted by a team of U.S. and Chinese scientists shows that even extensive training, practicing and cramming cannot make up for lost sleep.
So all that cramming is not only unhealthy but downright counterproductive.

A doctor from the Harris Health and Sleep Disorders Center recommends that students get at least eight to nine hours of sleep a night or at least prior to taking an important test.

One study conducted at Central Michigan University linked trouble sleeping, taking a long time to fall asleep, and waking up numerous times during the night to irregular sleeping patterns. According to the same study, college students are one of the most sleep deprived demographic in the U.S.

Sleep deprivation can affect a person’s daily performance, academics and their mood while also contributing to the development of diseases such as diabetes, high blood pressure and heart disease. It even makes you more susceptible to strokes.

For this reason, students should avoid the excessive late night studying, loads of caffeine and unhealthy foods that prevent you from having a good night’s rest.
Bananas, almonds, milk, tea and cherries are a great snack to have before bed. One should avoid foods that are high in fat and sugar, as well as drinking alcohol, if you want to get a good night of rest.

Along with eating right, you should also avoid your computer and cell phone prior to falling asleep. Artificial light from screens suppresses melatonin, and the increased brain activity makes it harder to fall asleep. Students can also benefit from studying in a location that is not the same room they sleep in.

So this term, instead of putting off papers, avoiding studying for the final which is clearly outlined on your syllabus, and gorging yourself on caffeine-infused cheeseburger pork nachos, just study a bit here and there and regularly get a full night’s rest.

There’s a certain romanticized notion of the sleep deprived college student hunkered around stacks of books, sitting in a library all night, writing furiously during an awesome ’80s montage, but sadly that’s an image that only exists in the movies.

At the end of the day, finding a nice comfortable nook in the library with a healthy snack and taking regular breaks followed by a good night’s rest are the best ways to succeed this academic term. 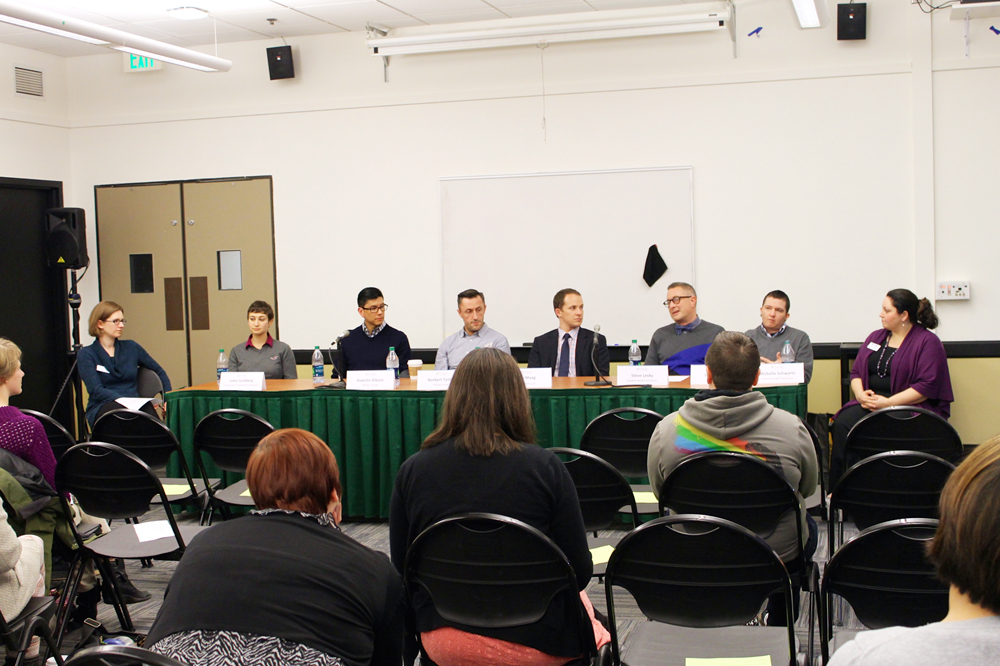 Getting into tourney no sweat for softball team