Friends-with-benefits relationships are becoming more and more common: Studies suggest that almost two-thirds of college students have entered into at least one of these relationships. However, little research has been done on these relationship dynamics in comparison to other kinds of sexual relationships, especially as FWB relationships impact participants’ sexual and reproductive health. 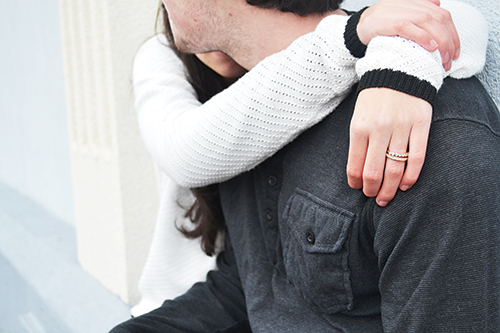 Friends-with-benefits relationships are becoming more and more common: Studies suggest that almost two-thirds of college students have entered into at least one of these relationships. However, little research has been done on these relationship dynamics in comparison to other kinds of sexual relationships, especially as FWB relationships impact participants’ sexual and reproductive health.

A few recent studies have sought to remedy this absence of data, and one in particular has made headlines. Titled “Sexual Communication, Satisfaction, and Condom Use Behavior in Friends with Benefits and Romantic Partners,” it appeared in the November 2012 edition of the Journal of Sex Research.

Participants involved were mostly in their mid-20s. While many of the media’s articles concerning this study focus on one data point—that FWB partners are more likely than romantic partners to use condoms—the actual study is more nuanced.

Also, according to researchers, condom use in FWB relationships wasn’t perfect. The addition of multiple partners poses more of a risk if safety measures aren’t consistently employed. However, friends-with-benefits were more likely to discuss their other partners with each other and to talk more about outside sexual experiences, including past partners.

To me, this communication is crucial to safe sex practices, especially in an age in which a lack of comprehensive education on these issues exists. Even if a person thinks he or she has been safe in the past, he or she may have inadvertently taken a risk or two without realizing it.

Friends-with-benefits spent more of their time together engaged in sexual activity than did those in romantic relationships, though they ultimately had less sex with each other. The study also found that these partners communicated less with each other in general about sex and thus were less likely to be sexually satisfied.

While all of this data is interesting, it’s hardly compelling, and more studies like this are needed. Because the study relied on a pool of only 376 people and most of the data originated from an online survey, isolating any one of the study’s claims and running with it could result in false conclusions. After reading the original study as well as several other articles about it, my opinion is exactly the same as it was before.

Regardless of the type of sexual relationship shared between any two (or more) people, honest and open communication about sex is the key to safer sex practices as well as sexual satisfaction. There are a number of different factors to consider when looking at the data in this study concerning what is safer sex, and some of this information is missing.

It’s possible to develop trust and communication with a sexual partner who is a friend; in fact, some level of trust should be inherent in any sexual relationship. Furthermore, because 93 percent of the study’s participants who were in so-called “traditional” relationships claimed to be exclusive, reporters discussing the data implied that a relationship must be monogamous to be considered romantic.

It’s possible to practice safe sex with multiple partners. Safe sex depends on being informed and willing to talk to and develop trust with all partners, no matter how many are involved.

The study didn’t include data on the sexual health of partners who believed they were in exclusive relationships but weren’t using condoms, or similar situations in which a partner wasn’t as open about past or current sexual experiences with others.

There shouldn’t be an ideal standard of what a relationship ought to look like, and it’s best for partners to figure out for themselves what’s right for all involved in a relationship. Studies like this are important, though, especially because of what they tell us about communication.

Everyone can learn a lot from looking at how things operate in different types of relationships, even relationships dissimilar to their own. If it’s true that romantic partners are more likely to communicate with each other about the sex they’re having and are therefore more sexually fulfilled, then this is certainly a form of communication friends-with-benefits can seek to emulate.

We can all seek ways to make the type of relationship or relationships we prefer safer for ourselves and our partners by openly engaging in honest dialogue on these issues and seeking ways to communicate better about everything that pertains to sexual safety.

Sex in a time of technology