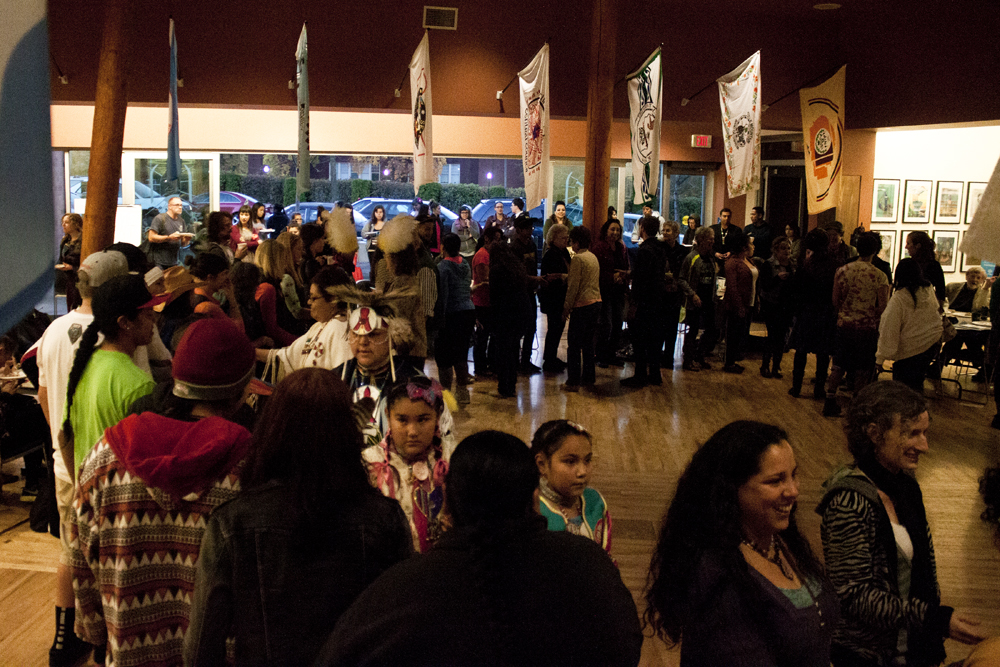 The Native American Student and Community Center celebrated its 10th anniversary on Oct. 24 as part of Portland State of Mind. The event included the initiation of a new NASCC Alumni Association, along with traditional ceremonies such a salmon bake and seed blessing.

The center aims to create a safe space for indigenous students, while providing services and a cultural center that is largely—though not solely—aimed at American Indian, Pacific Islander and Native Alaskan students at PSU and in the Portland community. The new alumni association aims to strengthen the bonds between current students and alumni in the indigenous community, while providing alumni opportunities to stay involved in the center.

The anniversary celebration began with a formal presentation from Terry Cross, director of the National Indian Child Welfare Association. The presentation focused on acknowledging contributions from the community, as well as the organizations that preceded the center.

“The story begins before [the center], with the Native American community meeting for months and years, imagining what could be here addressing the native students,” said Indigenous Nations Studies professor Judy BlueHorse-Skelton. “This building was recognized as being an important to attracting native students to PSU, but also, once they’re here, as part of retaining them.

“There are a lot of challenges for native students to go back home, back to the reservation, so recognizing that if we create that family environment, where you are welcome here, even if you’re far from home, students would have a more successful experience at PSU.”

Julie Smith, advisory board convener for the NASCC, emphasized the center’s role as a home away from home for students who may feel displaced while at Portland State.

“The goals for the center are to sustain the students here so they have their home away from home, especially for reservation kids,” said student and Native Center Advisory Board member Karly Foster. “[This may be] their first time in an urban setting. They can call this place another home while they’re going to school here.”

The salmon bake was held in a park adjacent to the NASCC, and is part of a culturally significant annual tradition at the center. There were large slabs of salmon arranged on wooden stakes over a fire, and people gathered around in a circle as it cooked.

“In what we now call Portland, this is Salmon Nation,” explained Foster, who is also the coordinator of the United Indian Students in Higher Education. “All the tribes in this area, their sacred food is salmon. It’s their life source. We give honor to the salmon by eating it and thanking the creator for giving us the salmon.

“We offer tobacco and sage and say a blessing or prayer. That’s why we eat this traditional food. We’re re-indigenizing ourselves by eating our first nation foods.”

Professor BlueHorse-Skelton also led a seed-blessing ceremony at Deer Walk garden near the center, and Rose Hill, the original Native American Student Services coordinator, read out the blessing after Bluehorse-Skelton’s introduction. Hill has been an integral part of helping many Native students through PSU, even before the NASCC.

Students associated with the NASCC and Environmental Club surrounded a circular stone planter filled with flourishing greenery. BlueHorse-Skelton went around the circle with white sage, and each member of the circle received a handful of seeds to scatter in the garden. After the blessing, everyone got to work laying mulch for new plants and tending to those that were already growing.

Deer Walk Garden also serves as a symbol of NASCC’s work and success in the community, especially to any Native American students who may be interested in its services.

BlueHorse-Skelton emphasized the importance of these relationships, citing the experiences of environmental science students at the Chemawa Indian School in Salem who had visited Portland State. “At the end of the day, a lot of students came in and told them what it was like at PSU. A really critical part of this is relationship building, and a lot of those kids from Chemawa said ‘We want to come here if you’re doing things like this, with a native focus about our land, about our plants. We want to be part of that.’

“They were pleasantly surprised that the university is working with the community that way. This [garden] is more than it may appear, more than just creating a green space.” 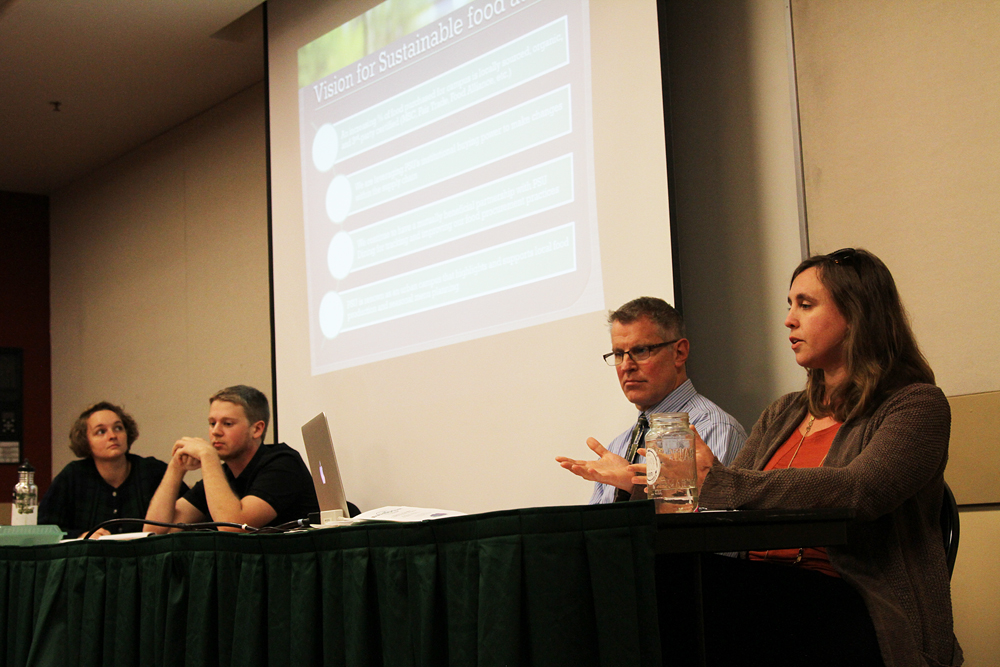 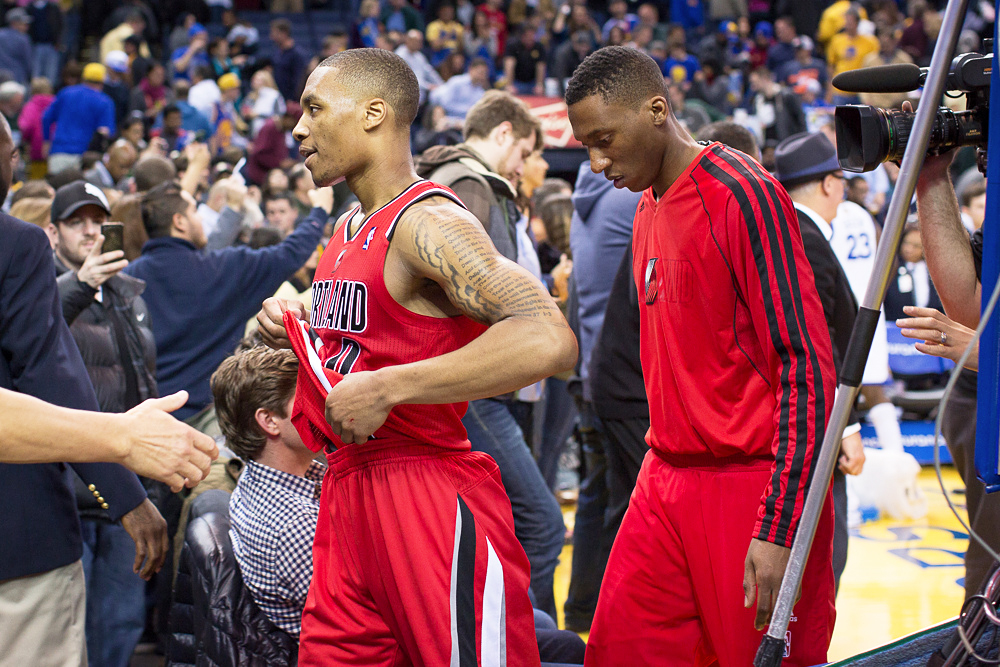 Lace your dunks and get some fucking coffee