Even the more mature graduates, even those who have worked full-time jobs, those with children, will find this a new and, to many, a frightening world. Suddenly, a whole new set of problems intrude. No more financial aid. Instead, for many, a heavy financial aid debt. No more student jobs. No more convenient student housing. All this in a state and nation just beginning to struggle out of recession.

The sentiment around the Portland State alumni office is that graduates today are facing greater problems and somewhat lesser opportunities than graduates in the booming ’90s. Some of this has been due to the high-tech recession, some to the business collapses after the New York terrorist attacks last September. In addition, the cost of education keeps going up. It costs considerably more than it did only a few years ago. Back in the ’90s,there was actually a tuition freeze for a period of years.

National surveys reveal that 67 percent of graduates will face these new problems in the same way. They may even move back in with mom and dad.

At the end of May, two of these recycled parents were commiserating with each other after an exercise class at a local health club.

Angela and Norma (not their real names) said they have numerous friends faced with the same prospects. Their discomfort verged on anger, not because they don’t love their children. They said it’s because these returning nestlings expect too much. Specifically, they said, the children expect the parents to supply money to allow the children to enjoy their accustomed comfortable lifestyles.

“I don’t mind providing the groceries,” Norma said. “But money? No thanks.” She added, “I think the kids should contribute something.” Norma is not only a mother, she’s grandmother at a startling young age.

Angela was even more emphatic. She has a daughter. “I got her through college, now I’ve done my part. I’m through. I want to live a little.”

But here is the daughter, not only asking for bed and board but additional financial support.

“She wants me to buy her a car,” Angela said. “I asked her why I should buy her a car and she said all her girl friends have cars. I told her I’m driving a car with 157,000 miles on it and if anybody gets a car, it’s going to be me.”

But, Angela, admitted, she can’t turn her daughter away. “I think it’s harder for women,” she said.

Financial analysts say it is not unusual for graduates to be carrying a sum around $23,000 in financial aid debt. Many have credit card balances in four or even five figures. Many have car loans to pay off.

This does not seem to be the time to become too optimistic about starting post-diploma life with a high-paying job. Graduates from the previous June often report several months in search of substantial employment.

One graduating PSU senior in computer science said she expects to make a living designing Web sites. Nowadays, virtually every block must have at least one person who can design Web sites. A degree is computer science is no longer a guarantee of high pay employment. After the economic collapses of the past two years, some experienced computer science workers in Oregon and California spent as long as a year on the unemployment line before finally connecting again.

Most moms and dads have survived at least one minor recession, although possibly not as serious or long lasting as this one. They will normally give their offspring the advice of experience. Get some kind of job, any kind, that gives you time to look around for something better. Getting any kind of income does more for the self-confidence than slagging around doing nothing.

There are jobs out there that don’t demand career commitments. Both Regal Cinemas and Plaid Pantry have been actively soliciting applications. Neither company expects applicants to spend a lifetime as a convenience store clerk or a popcorn stand dispenser. Both have hours that can permit job-hunting on the side.

Then, they say, cut down the number of open credit cards. No young person really needs more than one all-purpose credit card. Cutting out the cell phone, even temporarily, can save perhaps $40 a month and when money is really tight, $40 can seem like a huge bankroll.

There is a further observation that the national surveys report. The polls show most graduates feel gloomy about the road ahead. Mom and dad are in a position to offer encouragement here, based on their own experience with downturns. They can assure the melancholy graduate that this too shall pass away. The economy already is showing signs of rebounding. If it’s like other recessions, the sun begins to shine brightly again suddenly and almost overnight. Soon, everybody is working again at good jobs, everybody is independent again and confidence soars. 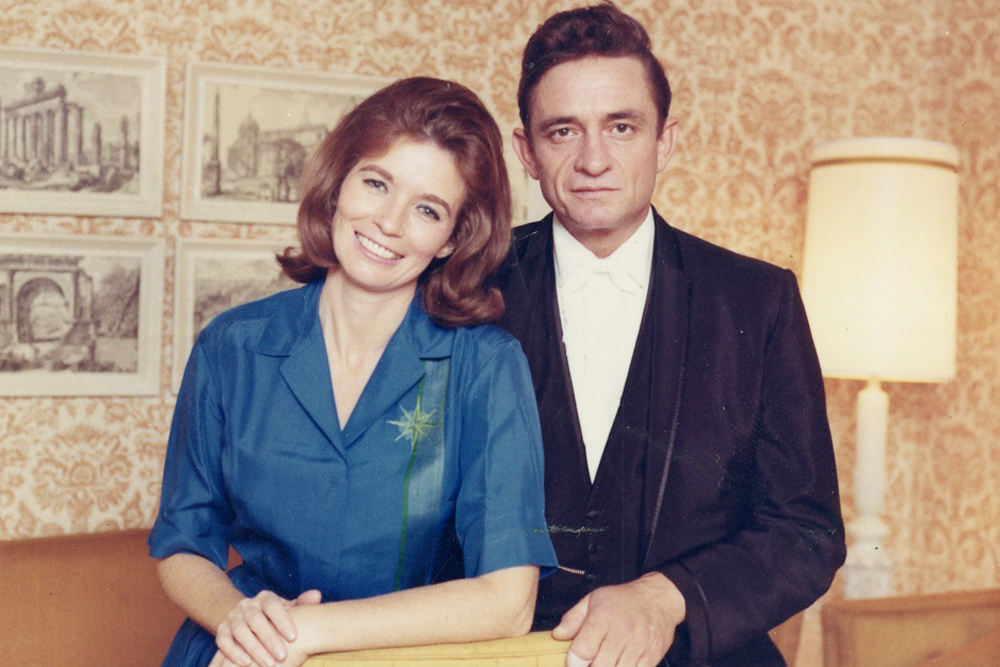 The Winding Stream tells the story of country music legends

Pedestrians on the car bumper