Comics have often been perceived as young boys’ territory—it’s been said that a large part of the reason the Walt Disney Co. bought Marvel Entertainment Inc. was to aid in targeting that demographic.

Comics have often been perceived as young boys’ territory—it’s been said that a large part of the reason the Walt Disney Co. bought Marvel Entertainment Inc. was to aid in targeting that demographic.

Both in the movies and the funny books, most of the popular superheroes are male, with heroines like Black Widow left in the unsung “token female” position.

Girls unhappy with the portrayal of their gender in comics do have alternatives to those spandex supermodels. Take Lynda Barry, artist and author of The Good Times are Killing Me and the weekly strip Ernie Pook’s Comeek, who is known for her frank and realistic female characters.

Susan Kirtley, an associate English professor at Portland State, has written a book on the author, titled Lynda Barry: Girlhood Through the Looking Glass.

Kirtley will be speaking about her book tomorrow as part of the Faculty Lunch and Lecture series sponsored by the Portland Center for Public Humanities.

Kirtley sat down with the Vanguard’s comics aficionado, Tristan Cooper, to discuss Barry’s work and the world of comics.

This interview has been edited for length and clarity.

Vanguard: Tell me, in your own words, what your book is about.

Susan Kirtley: Well, it’s about, obviously, Lynda Barry and her collection of works. It’s the first full-length critical book about her work. There have been a few articles here and there, but for the most part she’s been, I would say, somewhat neglected as a comics artist.

As I was reading all these genres, the figures that kept coming back were these figures of girls—little girls on the transition, moments of crisis. What I wanted to think about was, if an artist keeps circling around this figure over and over and over across all of these genres, well, obviously, that’s significant.

I wanted to think about that and consider that and explore what these representations of girlhood might mean to her and to…us as readers.

VG: You said, I think in the intro [of the book], that Lynda Barry describes what she does as “image wrangling.” Why do you think she used that particular technique, and what does it bring to the portrayal of girls on the verge of adulthood?

SK: That’s a very interesting and complicated question, in that she calls herself an “image wrangler,” and she talks about how she works in all these different forms. She doesn’t care what form it is, but she’s trying to capture an image.

She now teaches classes, these sort-of workshops throughout the country. In those
workshops, she’s trying to get people to, what she calls, “capture an image.” And for her, the image is often about girls, girlhood. For others it might be the image of, you know, grandma’s kitchen, or whatever’s significant to them.

What does she say about these girls? We were talking about how she often shows girls at sort of a precipice, or transitioning into adulthood, or on one side of adulthood or the other. One of her characters she’s most known for is called Marlys, and she’s 8. She also talks about her sister, Maybonne, who’s 14.

She talks about how, you know, at 8 years old, Marlys is full of whimsy, and excited and enthusiastic. When you transition to adulthood, that gets lost; all that magic is gone.

One thing that I noticed across the genres, amongst her many images of girls, is that they’re much more diverse and realistic. Her comic strip characters are unattractive. They have freckles. They’re warts and all, pockmarked.

I think that’s contrary to a lot of “sugar and spice” representations of little girls. You know, those little images of pigtails and things like that. People often accuse her of being bad at drawing or not good at drawing. And I think, really, she takes issue with that, because she’s very intentional. She says, “Just because I’m drawing”—and this is her word—“a homely girl, it doesn’t mean I can’t draw. I’m choosing to represent them in that way.”

She also shows these girls in these really dangerous situations, and she deals with these really taboo subjects like incest, rape, poverty—these girls are really left to take care of themselves. So she’s showing us this very realistic, diverse and sort of terrifying world, I think in contrast to a lot of idealized notions of girls that we often see.

I think it’s a very different representation of girlhood than is often seen in popular culture, and it’s darker, which is interesting because it’s often a comic, which we associate with “lighthearted” and “funny.” Hers are often funny, but I think it’s more about the story and getting that image across rather than being funny, making people laugh.

VG: Aside from the realism, the heavy issues the girls are dealing with, was there anything in your research that surprised you? Something that you learned that you didn’t know or think about Lynda Barry before?

I was at the University of Massachusetts at Lowell, which is where I was teaching before I came here, and I was teaching a class on memoir. I decided to teach [Barry’s] sort-of memoir One! Hundred! Demons! in class.

I went to a conference, and I gave a presentation about how I use this book in class, and I met a guy and he said “You should really write a book about Lynda Barry.” And I actually didn’t know much about her. I was like yeah, OK, whatever, but it turns out that he was the series editor for the University Press of Mississippi, and then they gave me a contract.

SK: [laughs] Yes! Exactly! So it wasn’t something I had planned to do. It wasn’t something in my grand plan for the universe. It was a wonderful, happy accident. For me, in some ways, it was the best thing about being an academic. I got to ask questions like “What is she doing? Why is she doing it?” and answer those questions through research.

So…I had to read everything she’s ever written. Which was a wonderful surprise, because I learned the depth and richness of her scholarly works. I knew her comic art, but I didn’t know everything else.

As someone trained in literary studies in an English department, I had to study visual art. I had to learn about American studies. Of course I’m very interested in gender studies and things like that, but because she did a play, I had to learn and study drama.

For me, it was a real learning curve. To deal with something that’s sort of interdisciplinary means you have to go out and learn about all these different disciplines. So I’m certainly by no means an expert, but I feel very lucky and excited that such a project presented itself.

It was a challenge, because it was pushing me beyond my comfort zone, but I’m glad that I did it because, you know, that’s what it’s all about. Learning, and pushing yourself in new directions. It was very much a big surprise in many ways.

VG: Has anyone told you to “write a book” since then?

SK: [laughs] Uh, not specifically. I have a few ideas for my next book, though.

VG: Are you not ready to share those yet, or do you have an inkling?

SK: Because I learned so much and I was so interested [in] this project, I’m interested in looking at some of the strip comics created by women, specifically from 1979 to about 2010. I’m thinking about calling it something about the rhetoric of domesticity. There [are] a bunch of comic strips created by women started at that time and ended—started within a few years and ended within a few years. I’m interested to look at these closely and think about what are they saying about domesticity, about life, about everything.

It’s sort of a divergent group. There’s Cathy, which is much lambasted as, you know, sort of ridiculous. But we all know Cathy. For Better or For Worse, which we know as sort of this domestic family comedy comic strip. And of course [Barry’s] comic strip, Ernie Pook’s Comeek, which is about children, primarily. And then Alison Bechdel’s Dykes to Watch Out For. They all started within a few years. What does that say about the cultural zeitgeist of the moment? It’s another project where I have questions and I don’t have answers, so I want to find out.

VG: You’ve said you’ve always been a closet comic book fan. When did that start?

VG: “When did you first know?”

SK: [laughs] I actually do know the exact moment, because I was at the playground in sixth grade, fifth or sixth grade. I remember Sean Robertson was reading comics, and I wanted to read them, and he said: “Girls don’t read comic books.” And I have a very contrary personality. So whatever somebody tells me I can’t do, I have to do it.

But he told me that and I was like “Oh, well then, I’ll show you.” So I started reading comic books. The superhero comics, they’re soap operas, in a great way. There [are] these compelling characters, lots of action. So, growing up, I loved the superhero comics, particularly Marvel. I mean, I have grown to love DC, but at the time I loved Marvel, you know, the X titles.

And then as I got older, and I started going to school and college, [and] I started becoming more interested in alternative comics, [like] R. Crumb, Art Spiegelman—more raw, avant-garde, more underground comics. And I love those, but I still like the superheroes. So it’s been a lifelong interest.

VG: Portland’s a pretty big comics city in general—there’s Oni Press, there’s Dark Horse, Top Shelf, all that. What do you think draws comics and cultivates the community it like it has here?

SK: That’s a great question, and honestly I hadn’t thought about it. I have to admit I was excited to come back because it is such a comics city. I think that Portland has something of a rebellious spirit or—I’m afraid to even use that word—but maverick sort of influence or excitement about it.

I think more people are more open to reading comics sort of openly and talking about them and celebrating them. Portland is a very literary and very literate city. And so people are always talking about books and reading and writing, which is fantastic. I think that sort of rebellious, avant-garde spirit translates into being open to reading a lot of different types of texts, including comics.

VG: What can students hope to get out of your lecture that they couldn’t [get] by just reading your book?

SK: Well, you can ask me questions. I’ll be right there. So if you have any questions or concerns or things like that, or your own theories, or things you want to talk about…It’ll be, obviously, much more interactive. I’ll show some images and, I have to say, the images will be projected and they’ll be in color, which is—my book is not in color.

The Portland Center for Public Humanitites presents
Lynda Barry: Girlhood Through the
Looking Glass, a lecture by Susan Kirtley
Part of the Faculty Lunch and Lecture series
Friday, Nov. 16 at 2 p.m.
Neuberger Hall 407

I’m curious to know what other people are reading and thinking about and what they want to know. I certainly want to present some of the information, but also get people’s feedback and have a real discussion. And there’ll be food.

VG: Was there anything else you wanted to add?

SK: I’ll think of something really smart as soon as you’re gone. 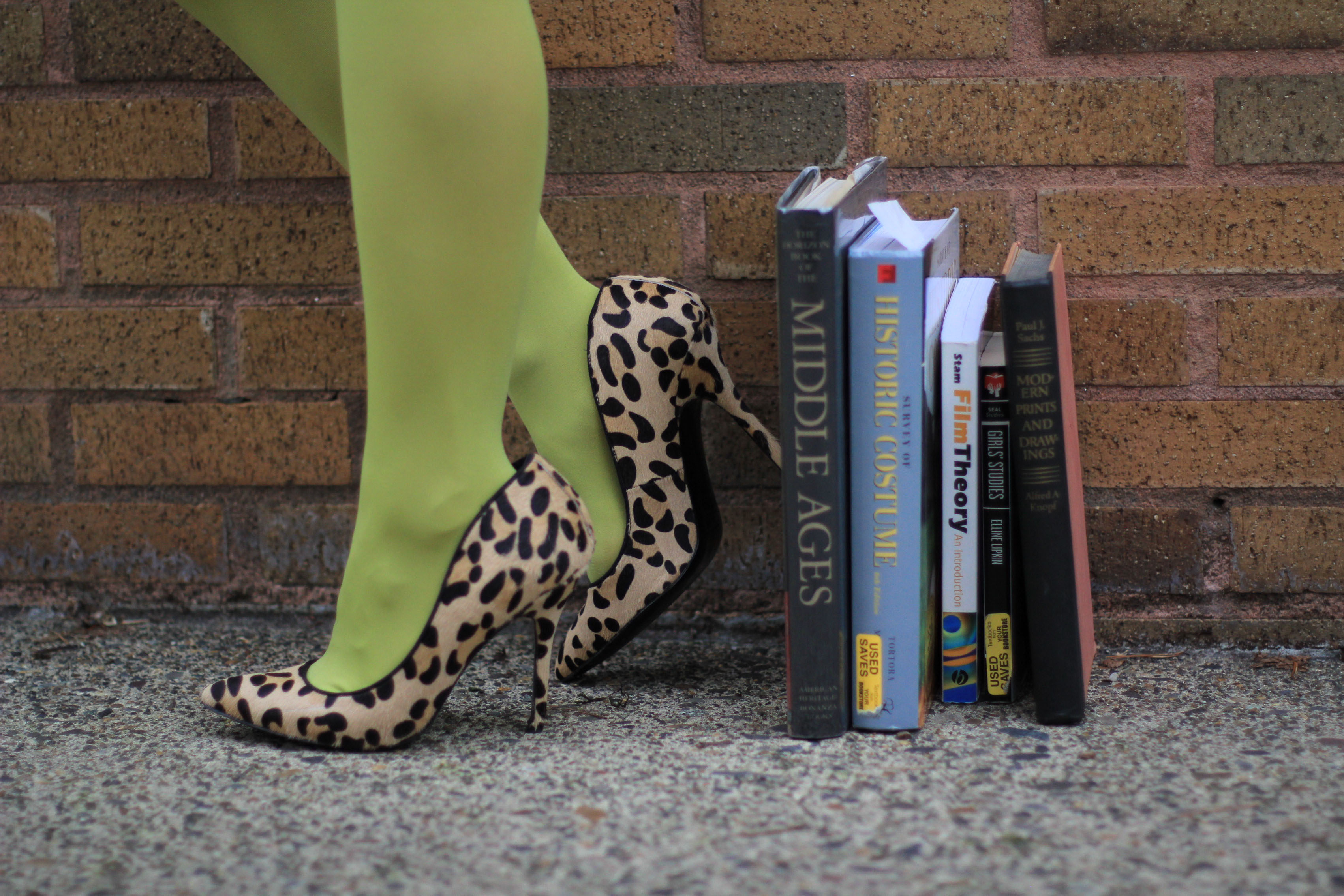 Students take it off to pay it off