King Albert There’s nothing particularly regal about King Albert Hall–in fact there’s little to distinguish it from other on-campus options. That does not, however, mean it’s not a fine place to plant your head at night.

With a clean network of halls and a pleasant proximity to PSU’s never-ending cavalcade of sporting events, King Albert Hall is an excellent choice of domicile. Just don’t expect any special treatment.

Nothing but the facts: Includes 64 studio apartments with hardwood floors, kitchen, range oven and bathroom with tub. It includes laundry facilities, electricity and trash. Parking, interweb and phone are available for an additional fee.

Pros: -Hardwood floors-Telling relatives you live in a place much more impressive sounding than it actually is -Close proximity to sporting events

Stephen E. Epler HallStephen E. Epler Hall is like King Albert’s cooler, older brother. It offers similar studio apartments but with the added bonuses of bike storage, free Internet and unparalleled racial diversity, at least in the dorms, courtesy of the “Global Village” program on the building’s top floor.

A rainwater harvesting system runs throughout the complex to help water gardens in King Albert and Epler Halls, as well as supply some water for Epler’s amenities.

Nothing but the facts: Includes 104 studio apartments with kitchenette and bath available for single or double occupancy. Furnished and unfurnished units available.

Ondine Residence HallHome to a majority of PSU’s freshmen population, Ondine is not only the most “dorm-ish” of the school’s dorms, but is also the only building on campus in which one can get laid, stoned and/or step in human excrement within 15 minutes. Home to Victor’s dining hall and a decent student lounge, Ondine is practically a rite of passage for incoming PSU students.

Nothing but the facts: Includes 216 single or double occupancy rooms. Single occupancy rooms are broken down into either Bachelors (which features a shared bathroom and kitchen) or Sleepers (which have private bathrooms). Units include Internet, cable, laundry facilities and kitchenette.

Pros: -All rooms are furnished -In the same building as the campus dining hall-Constant parties/hormone-addled neighbors

BroadwayThe rooms of the Broadway look as if they might have been designed by Ikea. They are trendy, concrete cubes with vaguely Swedish design elements and an overall ethos that screamed “chic” two years ago and will seem hopelessly dated in decades to come.

Playing host to a wide variety of residents, the Broadway can offer living situations ranging from the raucous (floors three and four) to the hermetic (floors nine and 10). Overall, it’s almost enough to trick you into believing you’re actually living in the Pearl.

Nothing but the facts: Includes 383 single or double occupancy studios with kitchenette and shower. Laundry facilities, high-speed Internet, refrigerator, phone and cable.

Cons: -Ten floors worth of elevators every single day-You will get sick of Chipotle, it is inevitable

BlackstoneNot only is Blackstone the most centrally located of all the PSU dorms, but it also sports some pretty nifty statues on the front fa퀌_ade. Constructed in the 1930s, Blackstone may lack some of the modern conveniences found in other dorms, but it easily makes up for that lack of amenities with an abundance of character.

Montgomery CourtsConstructed between 1916 and 1925, Montgomery Court is not only one of the older buildings on campus but is also one of the most impressive, having been designed by Portland architect A.E. Doyle, early in the last century.

Nothing but the facts: Includes143 furnished, single-occupancy units. All utilities are included in residence fees, including phone and Internet. Units sport a vanity sink and mini-fridge.

Nothing but the facts: Includes 189 unfurnished one-bedroom units. Laundry facilities and kitchenettes are included. Parking is available underneath the building with purchase of permit.

Pros: -Located near PSU’s very own Plaid Pantry, the greatest of all convenience stores-Nine flights of stairs guarantee a built-in counterbalance to the “Freshmen 15”

Cons: -Small concrete tumor located outside of main entrance is neither “artistic” nor “practical” and is easy to trip over when returning home on particularly faded nights

StratfordFun fact: Stratford was constructed in 1927, before showerheads were in common use. As a result, the studio and single bedroom apartments of the building only have bathtubs, thereby ensuring that residents must use an unnecessarily large amount of water any time they want to clean themselves. This handily offsets any benefit provided by the Broadway’s “next-gen” low-water use toilets in a prime example of what is commonly referred to as irony.

St. HelensBoasting 35 studios, 15 bedroom units and one sleeper, all unfurnished, The St. Helens is probably one of the swankiest on-campus housing options. These honest-to-God apartments provide a beautiful living space with some pleasant antique flourishes, with the only downside being the lack of individual kitchens.

ParkwayLocated on the north end of the Park Blocks, the Parkway is an excellent jumping off point for exploring Portland. Its 54 unfurnished sleepers, studios, one and two-bedroom units are located right next to the streetcar line, offering a pleasant entryway to Portland. Most amenities are provided along with rent, though cable is only available on the second through fifth floors.

Renting units on a month-by-month basis, CHNW has some great apartment living options for Portland students. However, placement in CHNW’s buildings is competitive, so the sooner you can get in the better.

PalladianLocated on 614 S.W. Jackson, Palladian is a great option for students who want the geographic convenience of a dorm but with an actual apartment-style living experience.

ClayThough it only has 37 units, Clay is one of the best housing options available to students not wanting to rent through the university. Built in the 1920s, Clay has the antique charm of a traditional dorm married to the consistent upkeep of a private corporation. 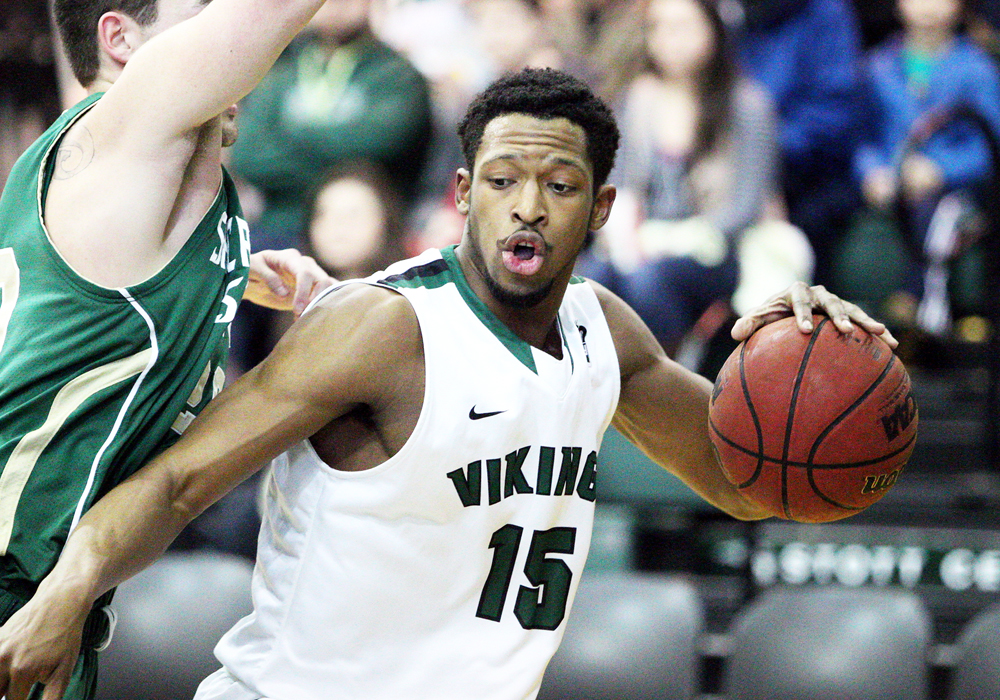 Dozono wants to bring a fresh attitude to city